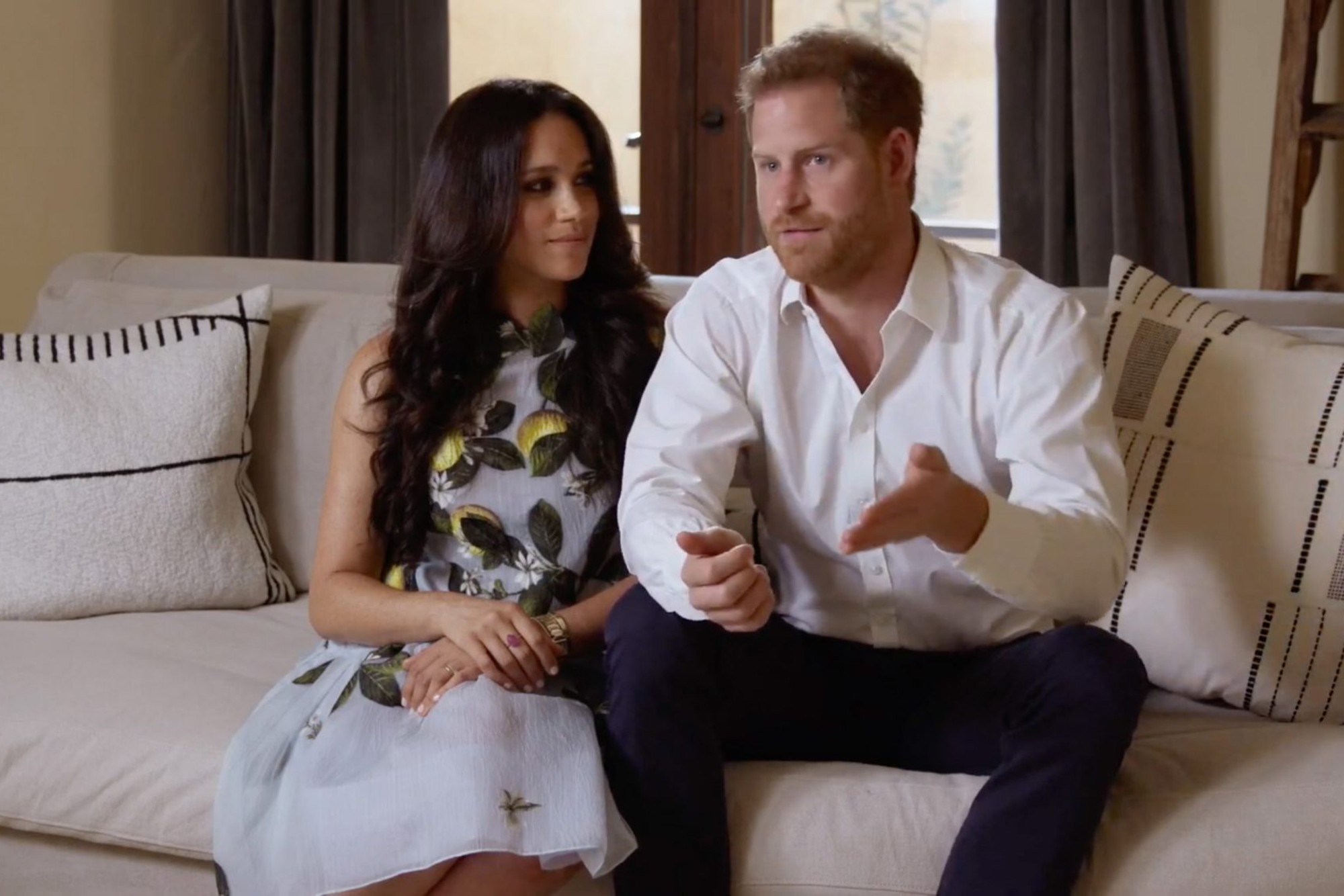 In her first appearance since announcing she’s expecting her second child with Prince Harry, Meghan Markle set the bar high for her maternity style.

The Duchess of Sussex, 39, donned a sleeveless lemon-print Oscar de la Renta dress ($3,490) to join Prince Harry, 36, for Spotify’s Stream On event on Monday, and wore her hair in long, loose waves.

The Sussexes recently signed a multimillion-dollar deal with the platform, and will be hosting and producing their own podcasts under the Archewell Audio banner.

“We’re using podcasting to drive powerful conversations,” Markle said during her virtual appearance. “We created Archewell Audio to make sure we can elevate voices that maybe aren’t being heard and hear people’s stories.”

The Sussexes’ first podcast episode dropped in late December and featured audio diaries from star-studded names like Sir Elton John, Stacey Abrams and Tyler Perry, along with a cameo by their son Archie, who will turn 2 in May.

While pregnant with Archie in 2018 and 2019, the Duchess made headlines with her high-priced maternity wardrobe, which incidentally included another pricey look by Oscar de la Renta.

The difference? While the clothes for Markle’s first pregnancy were paid for by Prince Charles, she’ll be buying her own outfits this time around, since she and Prince Harry are no longer working members of the royal family.

Markle announced she was expecting in a Carolina Herrera dress that was custom-made for her during her first pregnancy.