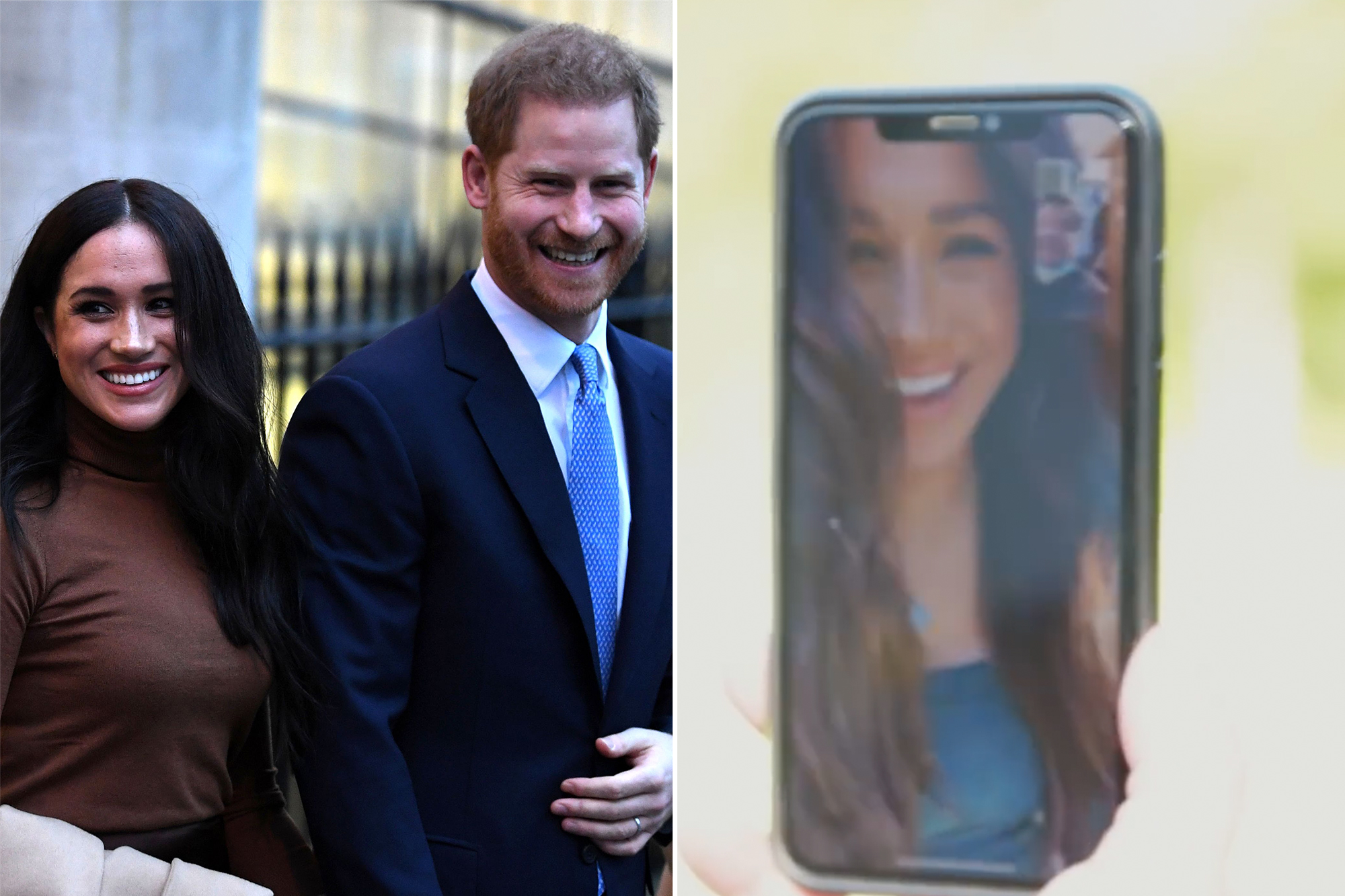 Even the Duchess of Sussex loves a bargain buy.

When Prince Harry FaceTimed his wife Meghan Markle, 39, during his appearance on “The Late Late Show with James Corden” last week, fans got a quick glimpse at her surprisingly affordable maternity style.

Unlike the $4,700 Armani dress she chose for the couple’s upcoming interview with Oprah, Markle’s Velvet Torch puff-sleeve smock dress ($30) comes with an accessible price tag.

Unsurprisingly, the blue off-the-shoulder frock quickly sold out following the royal endorsement, but it’s currently available for pre-order and set to be back in stock on March 15.

The Los Angeles fashion brand confirmed the news on Instagram over the weekend, renaming the style the “Meghan Effect” in honor of its famous fan.

During the surprise video call, Markle also revealed her heartwarming nickname for her husband, asking him, “Haz, how’s your tour of LA going?”

“Haz? I didn’t know we were calling you Haz now,” Corden quipped, with Prince Harry replying, “You’re not my wife.”

The royal couple announced Markle is expecting her second child in February with a black-and white photo taken via iPad, for which she wore a custom Carolina Herrera dress from her first pregnancy.

Since the former “Suits” star is famous for sending messages with her outfits, she later left fans speculating about the baby’s sex after she paired a pink sapphire Ecksand ring ($1,346) with her Oscar de la Renta dress during a Spotify event.