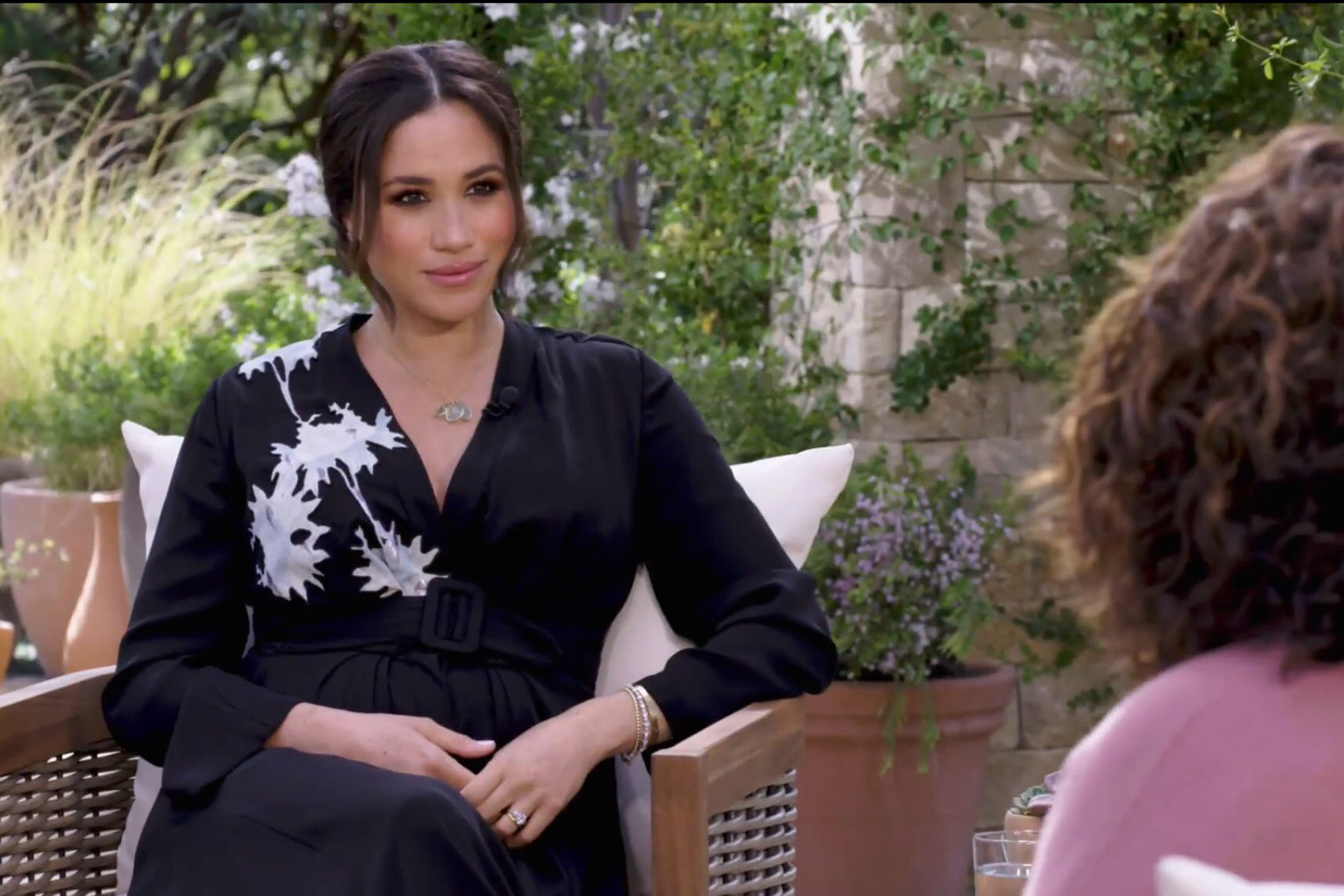 The first look at Meghan Markle and Prince Harry’s upcoming tell-all interview with Oprah Winfrey has arrived — and for the occasion, the Duchess of Sussex certainly dressed to impress.

For her sit-down with the talk-show icon, a teaser for which aired Sunday night, 39-year-old Markle donned a $4,700 black gown by Armani with a belted waist and foliage embroidery.

Unsurprisingly, her exact style is already sold out, but a similar (albeit embellished) version is still available for the same price.

Along with her signature messy bun, the Duchess accessorized with her favorite suede Aquazzura pumps ($695) and Cartier Love bracelet ($6,550), along with an aquamarine necklace by Pippa Small and blue topaz Birks earrings, both of which are now sold out.

But the real crown jewel of Markle’s ensemble? Her dainty diamond bracelet, believed to be a Cartier heirloom once owned by Princess Diana.

Prince Harry and Meghan Markle are seen during their interview with Oprah Winfrey airing next month.CBS

Incidentally, 36-year-old Prince Harry’s late mother looks to be a major talking point of the upcoming interview; at one point in the teaser, he tells Winfrey, “My biggest concern was history repeating itself.”

Continues the Duke of Sussex in the clip, “You know, for me, I’m just really relieved and happy to be sitting here talking to you with my wife by my side because I can’t begin to imagine what it must have been like for her going through this process by herself all those years ago. Because it has been unbelievably tough for the two of us but at least we had each other.”

Meghan Markle wore Armani for her interview with Oprah Winfrey.CBS

Winfrey’s CBS interview with the Sussexes, during which the pair will open up about their decision to leave the royal family and move to California, will air in a two-hour exclusive primetime special on Sunday, March 7.