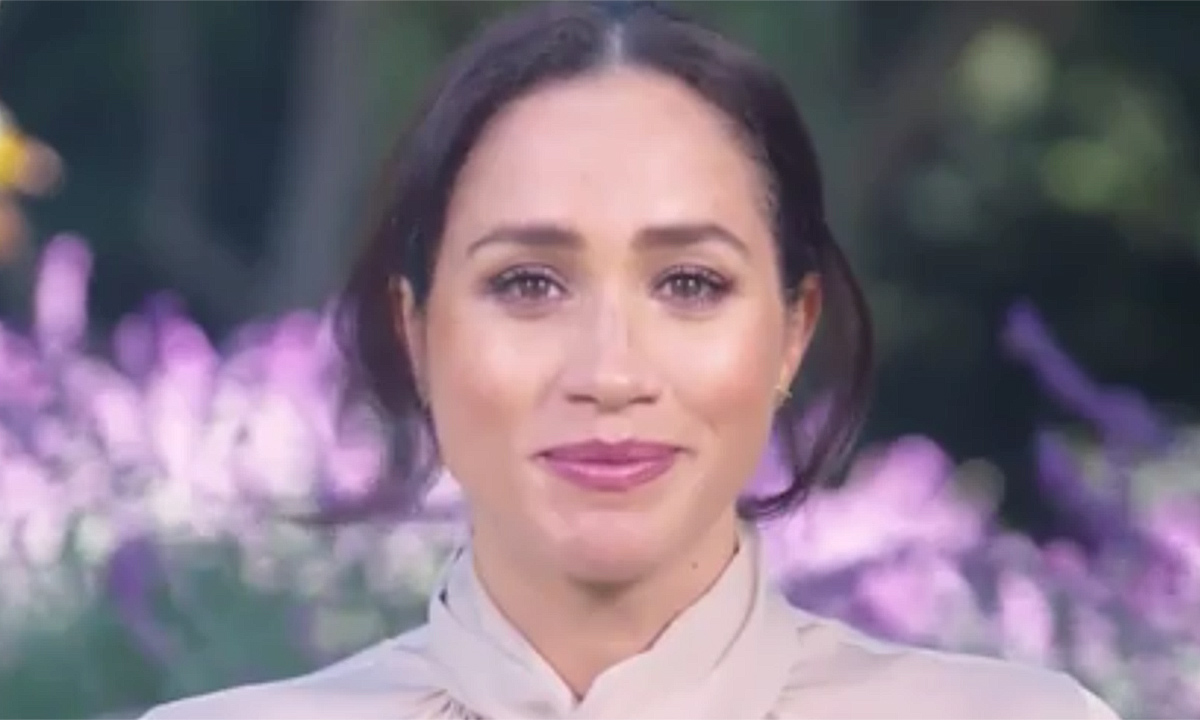 The former royal reacted to the new accusations that she bullied her aides at Kensington Palace to the point of tears! Meghan Markle released an official statement on the claims against her, denying everything. Check out what she had to say!
As you might have heard, Meghan Markle was accused of driving two seniors staff members at Kensington Palace away and even causing them and others extreme distress manifesting as ‘shaking’ and ‘crying.’
RELATED: Queen Elizabeth Tells UK Citizens In Historic Televised Address That ‘We Will Succeed’ In Fighting COVID-19
This all was included in a The Times of London report and now Meghan is breaking her silence on the claims!
In her statement that was released on Twitter by Omid Scobie, Markle confessed she was ‘saddened’ to hear the accusations and claimed she is working on ‘building compassion.’
‘The Duchess is saddened by the latest attack on her character, particularly as someone who’s been the target of bullying herself and who is deeply committed to supporting those who have experienced such pain and trauma. She’s determined to continue her work on building compassion all around the world and will keep striving to set an example for doing what’s right and doing what’s good.’
RELATED: Meghan Markle Will Star In Reality TV Series About Second Weddings
As for the accusations, one former staff member at the palace described the situation they were in as ‘more like emotional cruelty and manipulation, which I guess could be called bullying as well.’
Someone else told the outlet that they were ‘humiliated’ by Meghan and others confessed they were shaking when anticipating a confrontation with Meghan.
This all comes after Meghan and Harry’s former communications assistant, Jason Knauf complained to HR in 2018 that ‘I am very concerned the Duchess was able to bully two PAs out of the household in the past year. The treatment of X was totally unacceptable. The Duchess seems intent on always having somebody in her sights. She is bullying Y and seeking to undermine all her confidence. We’ve had report after report from people who’ve witnessed some unacceptable behavior towards Y. I am still concerned that nothing will be done.’
Other unnamed insiders at the time told news outlets that the Palace was much more worried about making any backlash go away rather than fixing the situation.
Advertisement

Meghan Markle Opens Up About Her New Children’s Book About Dads And Sons On Father’s Day – Says Archie Loves It!

Meghan Markle And Prince Harry – Here’s How They Wish Their Upcoming Oprah Interview Will Change Their Future!
Kenya Moore Knows What It Is To Be A Boss – Check Out Her Video Here
Comment