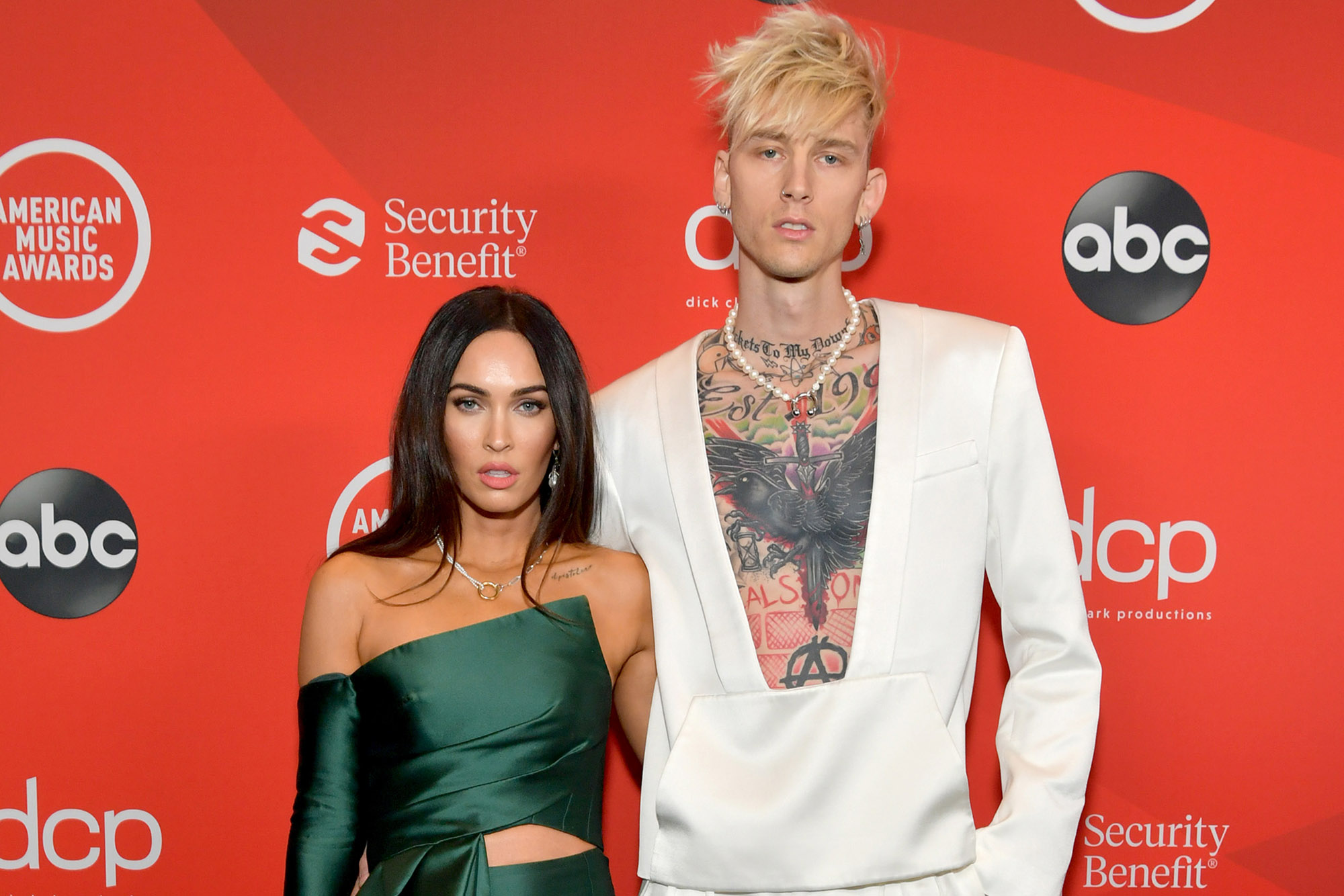 Fox, 34, chose a pastel pink version to go with her jeans and hot pink Balenciaga heels ($795), while 30-year-old MGK wore a near-identical slick style in black.

The “Bloody Valentine” singer is no stranger to making his love for Fox known; she’s prominently featured on his merch, and he revealed on Valentine’s Day that he wears a vial of Fox’s blood around his neck to prove his devotion.

Romantically linked since last May, the duo made their red carpet debut at the American Music Awards in November — where Fox also debuted her “el pistolero” tattoo, believed by fans to be a tribute to her rocker beau.

“We’re actually two halves of the same soul, I think. And I said that to him almost immediately, because I felt it right away,” the actress said last year.

Naturally, two souls will end up sharing a wardrobe.

The best sneakers, according to celebrities
Cardi B treats daughter Kulture, 2, to $29K shopping spree
Comment