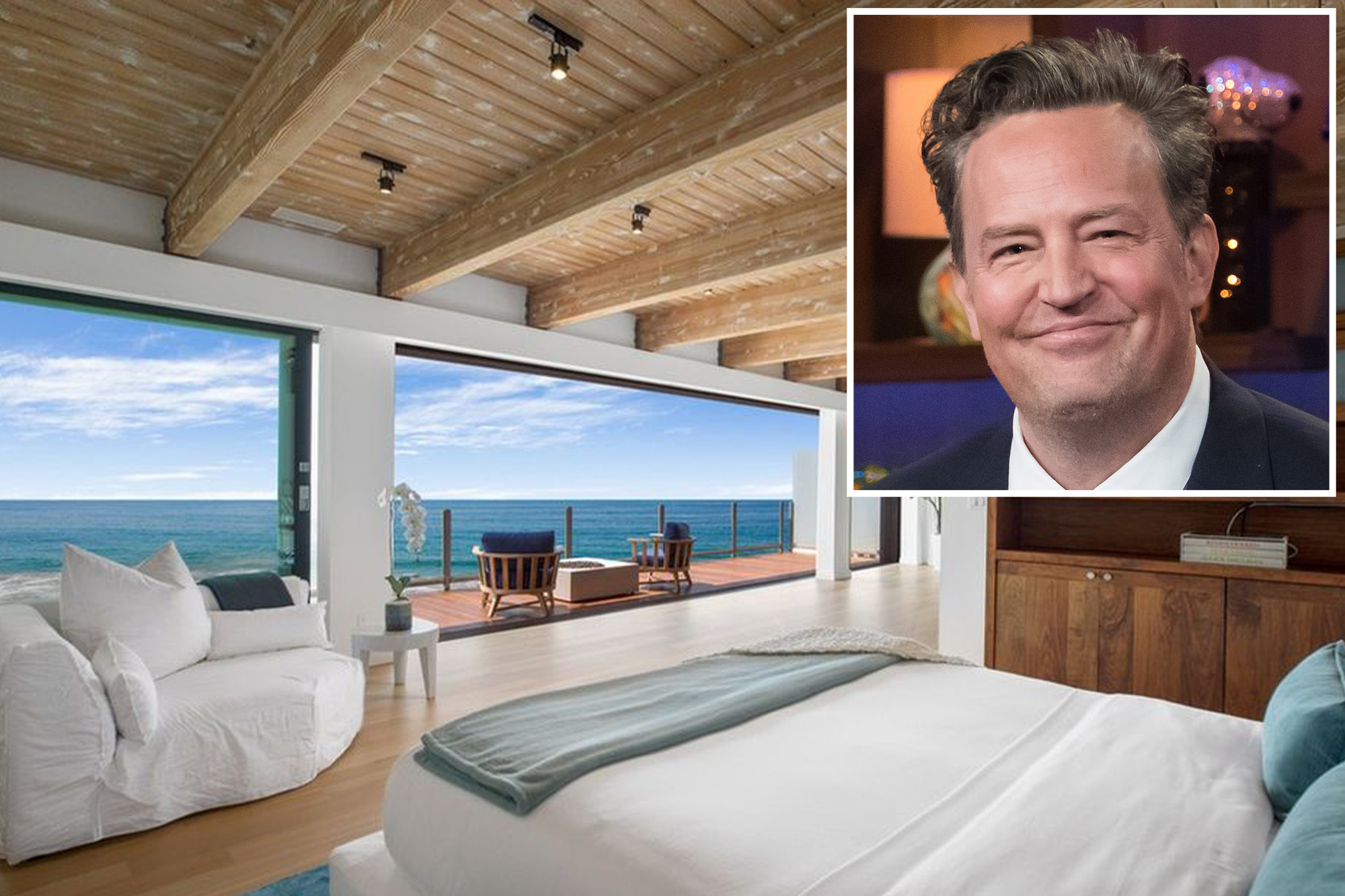 The star of the long-running hit show “Friends” rode out much of the pandemic in the four-bedroom, four-bathroom oceanfront abode.

“This is the scene from my patio. No masks, one foot apart. This is the thing that makes [you] want to scream. Until I remember that I have a kick-ass Malibu house,” Perry wrote in an Instagram post from May.

The actor, 55, bought the home a decade ago for $12 million in an all-cash deal, property records reveal.

The 5,500-square-foot home sits on a stretch of dry sand overlooking the blue waters of the pacific ocean.

Features of the two-story home include a master suite that spans the full width of the house, with a private balcony. It has an outdoor spa, a movie theatre, with wall-to-ceiling windows on both floors that open up to panoramic views of the beach.

Perry has since downsized to a Pacific Palisades cottage he bought in August for $6 million.

The actor has had his share of troubles in the past and was hospitalized in 2018 for three months following an emergency surgery “to repair a gastrointestinal perforation.”

He has since kept busy since his days playing Chandler Bing, appearing on the shows “The Good Wife,” “The Odd Couple,” and “Mr. Sunshine.” In 2017, the 51-year-old played Ted Kennedy on the television miniseries “The Kennedys After Camelot.”

Perry, who is now sober, is engaged to his longtime girlfriend, literary manager Molly Hurwitz, and shared a photo of the 29-year-old stunner on Instagram in December.