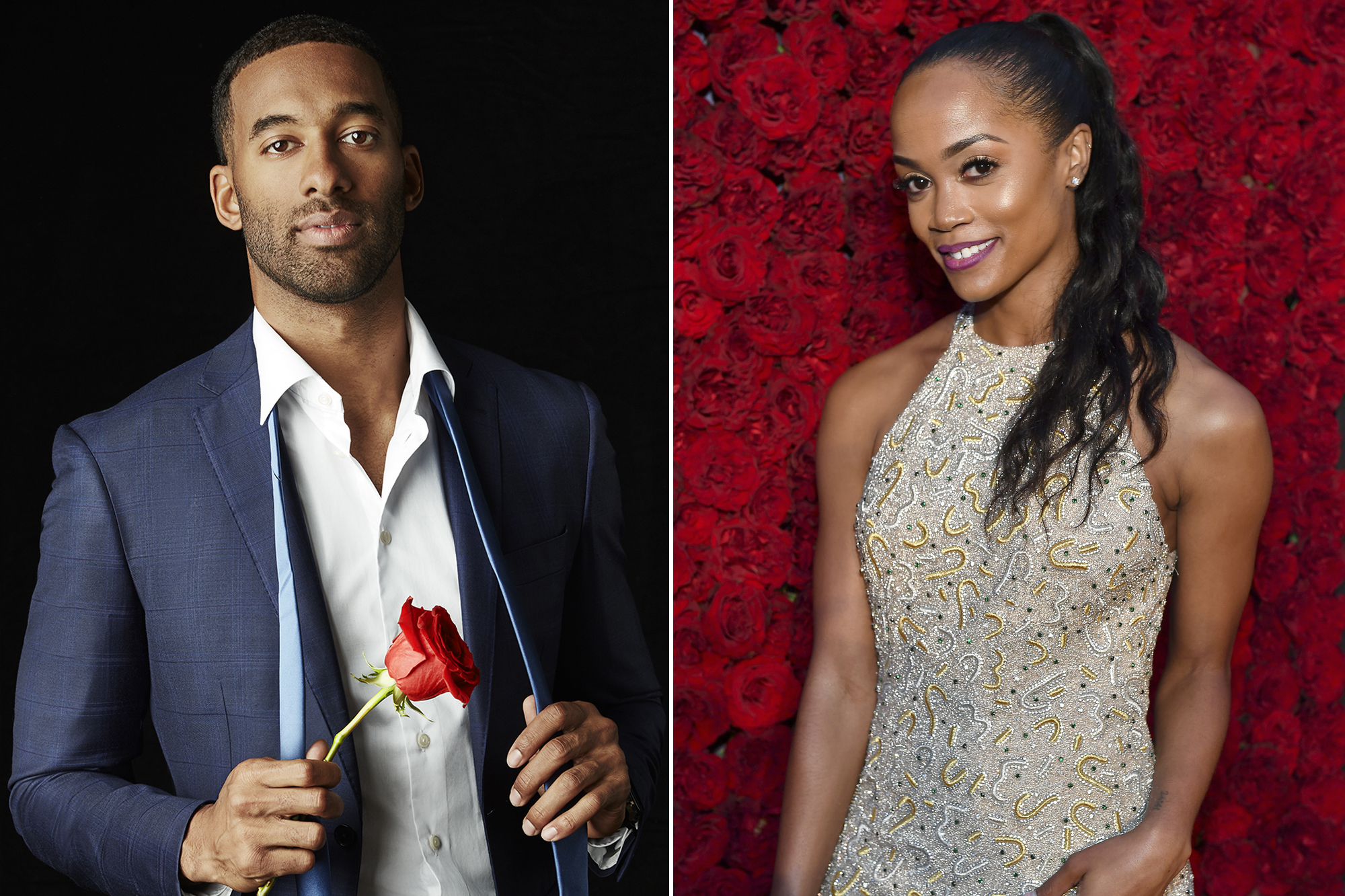 “[People] don’t understand unless you’re in the seat, the pressure that is on you from America,” Lindsay, 35, vented to Andy Cohen on Radio Andy on Sirius XM Wednesday.

“But then also as being black,” Lindsay, the first black Bachelorette, continued.

“Black America’s looking at you, and they’re trying to decide, they’re telling you who they think you should pick, or you know, what they want to see from you. And you’re just trying to find love at the end of the day.”

James, who identifies as half white and half black, kicked off his debut as Season 25’s red-hot heartthrob lamenting the pressure he felt about being the first Bachelor of color.

“My mom is white, and my dad is black, and I experienced what it was like to be a product of interracial marriage,” the 29-year-old real estate broker-turned-prime time TV bae told show host Chris Harrison during the premiere episode on January 4.

“And it’s tough, because you’ve got people who have certain views, old-school views on what a relationship and what love looks like,” James added.

James said he worried about being strong-armed into selecting a sweetheart of a certain hue.

Lindsay married her “Bachelorette” Season 13 dreamboat, Bryan Abasolo, 41. She empathized with James for facing “a lot of criticism for expressing” his feelings.

“He had a conversation with Chris Harrison on the show . . . expressing how he feels about the situation,” Lindsay explained to Cohen during their broadcast this week.

“I told Matt this as well, like, ‘Before you come onto the show, you just have to understand that people are going to be critical of your decision no matter what.’ ”

“But you’re making a decision for you . . . you’re determining your future and you have to live this life. So you have to be comfortable with who it is that you’re going to choose,’ ” the “Extra” correspondent said, adding that she advised him to “cancel out all the outside noise.”

Lindsay also noted that James’ color conundrum comes on the heels of both her and Season 16 Bachelorette Tayshia Adams choosing men outside of their race.

“I think for Matt it’s even harder, because there’ve been three leads of color, you know, that are black and very recent. I went, I didn’t pick someone who was black,” she asserted.

“Then we had Tayshia, who’s black and Latina. She didn’t pick someone black,” Lindsay said of Adams, 30, who is engaged to Zac Clark.

Tayshia Adams and Zac Clark got engaged on the finale of “The Bachelorette.”ABC

“Now we have Matt James. And I feel like the pressure is on him. People are like, ‘OK, the other leads of color we’ve had, haven’t picked a Bback person. So are you going to do that?’ ” said Lindsay.

“And people are already writing his future for him, saying he’s not because of what I did and what Tayshia did. And I don’t think that that’s fair. I think he has it even harder than we do.”

James recently doubled down on the “pressure” he feels to marry one of his melanin-boasting Bachelor beauties.

“I’m not gonna lie and say there’s no pressure, because, listen, I’m a black man and I’m well aware of the place that race plays in our society,” he said on the “Tamron Hall” show Wednesday. “And I’m on ‘The Bachelor’ to get to know a whole host of people. And I’m making time to get to know everybody.”

Nonetheless, James made it clear he’s going into his search for love fully color-blind.

“What I’m looking for isn’t specific to a certain race. There’s qualities that I’ve found endearing, and a whole host of people that I’ve been with in the past, whether that’s black women, Middle Eastern women, Asian women, white women, and I just hope people are as open to that idea as I am.”