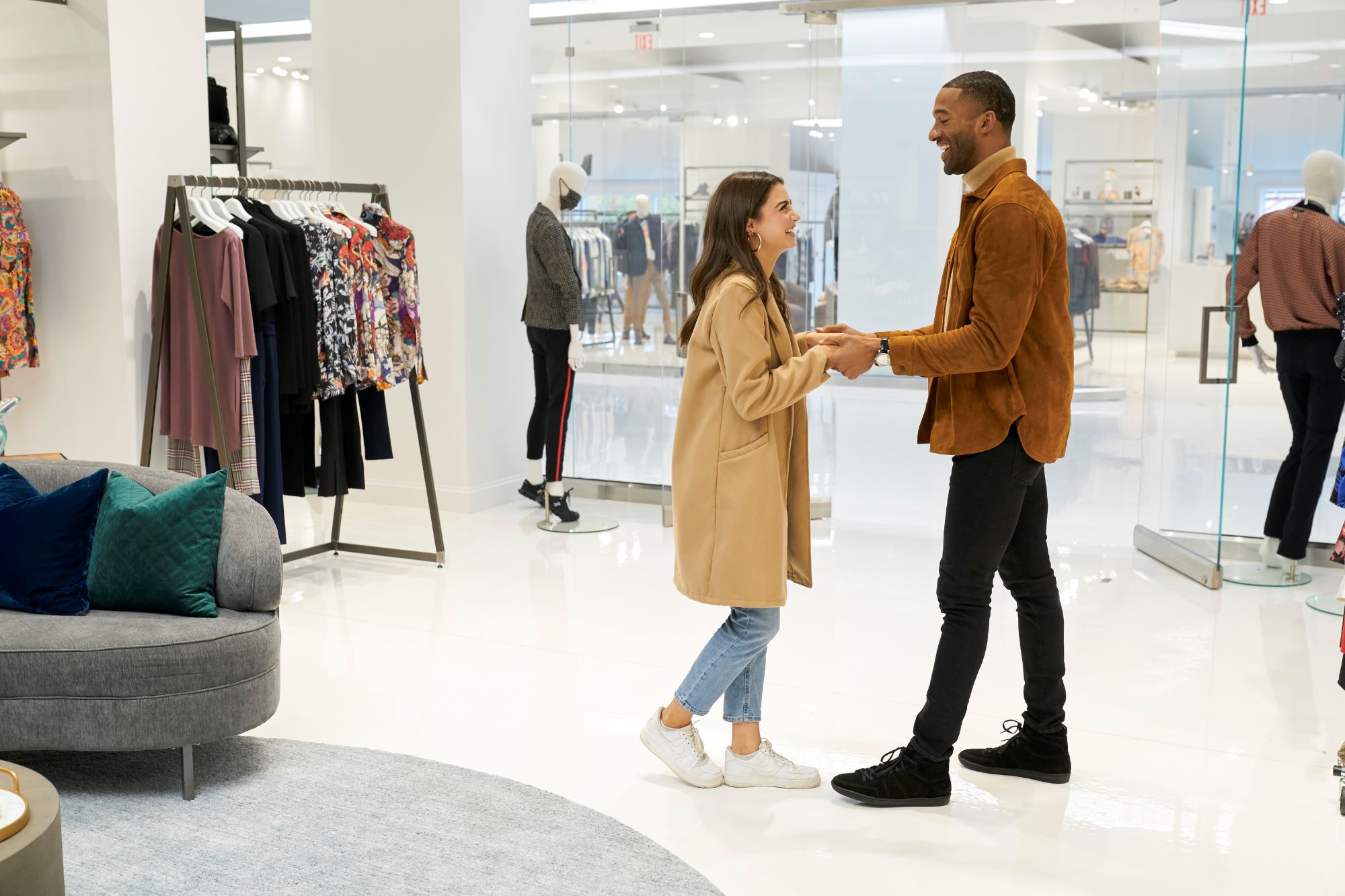 Chris Harrison said it, so it must be true: We’re past the halfway mark on Season 25 of “The Bachelor.”

It’s Week 5: This is when the show changes from being about drama to being about relationships. And that means Matt had to ditch the women that were only there to stir the pot — Anna and Victoria. They finally got their comeuppance for starting a horrid and vile rumor. Their airtime — and mentions in this column — are officially over, I hope.

Our boy also had two women tell him they’re “falling in love with him.” I think it’s a little early for that, but as long as you’re not lying about another woman being an escort, be my guest.

Welcome to Week 5 on “The Bachelor.”

This wasn’t so much of a party as it was an exorcism. After Katie tipped Matt off that Anna spread a rumor that Brittany was an escort, he was determined to get to the bottom of the drama. “If you have to belittle someone else to let you shine, that’s not the characteristics I’m looking for in my life,” he told the women, before starting an investigation.

First, he took Brittany aside. She instantly broke down in tears. “My mom watches this show, this could ruin my entire life,” she told Matt, shaken by the way she’s been treated. The Bachelor consoled her, and then went to find Anna.

“I said something rude about Brittany. The fact that that bites me in the butt now?” said Anna, failing to acknowledge the consequences of her actions. She apologized, but Matt told her plain and simple that he needs to make a safe space for all the women, and her words caused pain. He sent her home.

Next, he pulled Ryan aside, who spoke about her unfortunate interactions with Victoria, the apparent house bully who called Ryan a hoe, and shot her down for not being one of the original cast members. Matt was angry. Even though it was staring him in the face, he never noticed this side of Queen V before.

When he confronted Victoria about the takedown, she said her words were “taken out of context.” “What context would calling somebody a hoe be taken in?” he retorted.

Thankfully, she got sent home too. Unfortunately, so did some really great women: Catalina, Lauren and Mari.

Rachael tries on a flouncy number during a shopping spree with Matt. ABC

Matt took Rachael to shop ’til she drops. She got to take home bags of dresses and gowns and wonderful shiny things. He gave her a Cinderella moment, slipping a red-bottomed Louboutin sandal on her feet.

Over dinner, Rachael talked to Matt about how insecure she’s been in past relationships, and how it’s difficult for her to open up. “I really am already completely falling in love with you, I want to walk out of here with you and I want to start my life with you,” she revealed. “You’re not crazy, because I feel the same way,” he said back. They smooched.

Ridin’ dirty: Matt, Ryan and Magi laughed their way through the various farm activities during the group date.ABC

Abigail, Bri, Brittany, Chelsea, Katie, Jessenia, Magi, Michelle, MJ, Pieper, Ryan, and Serenas C. and P. had a less glamourous group date. In true Pennsylvania fashion, they got down and dirty on a farm. There was lots of mudslinging and chicken holding.

At the after party, Matt and Chelsea kissed after he told her “he’s really happy she’s here.” Abigail, who got the first-impression rose, spoke to Matt about her family troubles, and how her children may one day be deaf like herself. Michelle also got a kiss. “I feel what you’re feeling,” he told her.

Matt pulled MJ aside to let her know that some women had called her divisive. She denied it, and called out the rest of the women on the date to fess up. Jessenia stood up, and told MJ she made other women feel uncomfortable for making fun of the new girls. Katie backed her up, and MJ deflected, big time.

The date rose went to Abigail.

Young’un Kit Keenan was asked over to Matt’s for dinner. She had told him that her happy place was in the kitchen with her mom (designer Cynthia Rowley), and was brought to tears that he remembered.

The lovers whipped up some chocolate chip cookies in between kissing. Kit spoke to him about how tough it was for her to grow up in the public eye and the difficulty she has letting her walls down. She also said that she’s falling in love with Matt — though he didn’t say it back like he did to Rachael.

Matt sent a note asking Jessenia and MJ to come early, wondering what “the truth” is about the drama in the house.

Before Matt showed up, the two of them went at it. Jessenia pointed out that MJ derisively coined the terms “JV” and “varsity” about the women in the house, and accused her of putting on different personalities on camera versus with Matt), MJ lied through her teeth (that she’s all about peace and harmony). We’ll see what Matt thinks next week.

Matt is a bad judge of character. I bet he sends them both home for being involved. Also, never-been-kissed Heather from Colton’s season shows up to stir s – – t up.

KUWTK: Kourtney Kardashian And Travis Barker – Inside Their Romance And How It Started!
Inside Patrick Mahomes’ $1.8M house in Kansas City
Comment