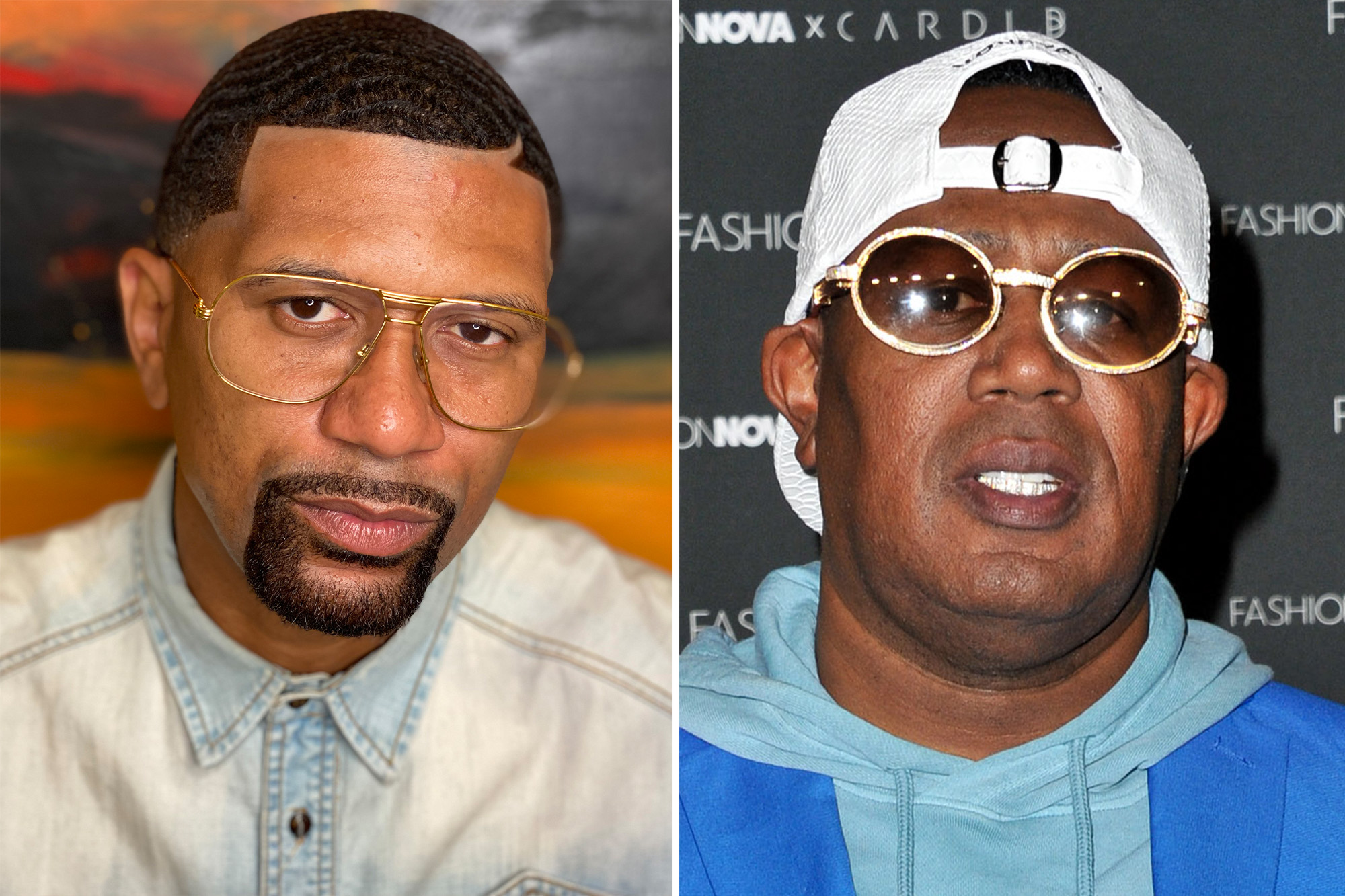 This week, I finally had my first former NBA player as a guest on “Renaissance Man.” Although you may know Percy Miller, aka Master P, more for his bars than his jump shot.

In the late ’90s, he signed contracts with the Charlotte Hornets and the Toronto Raptors, but he was also already an established rapper when those teams entered the league. His monster hit, “Make Em Say Uhh!” dropped in 1997, a year before he was picked up by the North Carolina team.

“I think my music got me out of the league,” he told me, noting that back then, the NBA was “strictly basketball.” He said in today’s game, “I would be one of the top players in the NBA, the way I work [since] they are open to entertainment.”

Back then, Master P was only one of two ballers in the hip-hop game. The other’s name was Shaquille O’Neal, and he had a verse with Biggie. But Shaq was a generational talent on the court, so that gave him more leverage.

“In Charlotte with Bob Bass, that was the GM at the time, he told me, ‘Man, you’re one of the best players I’ve ever seen, and you work hard. But when I listen to your music, your music is pure filth.’ That got me out of the league. But they didn’t have an open mind to it, and I can understand. I’m in Charlotte, NC, which is a Bible Belt city. If I were in another city, [like] Portland, it probably woulda been all good. That motivated me. I kept moving and kept creating things.”

But let’s be honest. He was never going to fit into a neat box. Instead, Master P checks all of them and adds more categories. He is like George Foreman, who has reinvented himself so many times, people forget he was a championship boxer.

Master P defies any label. He is a music mogul, who mentored Snoop Dogg, turning him into entrepreneur. He is a movie producer, and also owns of lines of food products called Uncle P’s and Rap Snacks. To me, he is the gazillionaire version of “Lootin’ Lenny” from “Good Times,” who was always opening up his fur coat and hawking products inside. This guy never stops selling.

Now he is trying to buy Reebok with former NBA player Baron Davis.

“I’m going after deals and bigger deals, and I wanted to show my culture that this is possible for us to do. OK, we’re doing multibillion dollar deals …

Of course, the company has to agree to the deal, so we’ll see what happens. But I had to ask, if they do get Reebok, who would be the first player he is going after for a shoe deal. He said Gonzaga guard Jalen Suggs, whom he called a “superstar on and off the court.” Master P knows Suggs is the real deal not only because he has a fantastic first name, but he knows him personally because he played AAU with Master P’s 18-year-old son Hercy Miller.

As if Master P doesn’t already have tons going on, he has two sons, Hercy and Mercy, 15, who are college basketball prospects. Master P grew up in the projects in New Orleans, hungry for success. He learned to sink shots in the dark. His kids are growing up in a completely different manner, but he managed to instill his signature grit by telling them that they have to work extra hard because of their name. And just like their big brother Romeo, who played ball at USC and is also performer, they are carving out their own niche.

“My kids dogs, and they kill on the court because I raised them with work ethic. People don’t realize that consistency is the most important thing in life, if you want something … you want to be great at something, you got to put in the time.”

He told me Hercy has narrowed his search down to six schools, but if Master P had his way, his son would be committing to Vanderbilt because he likes coach Jerry Stackhouse, whom he thinks would be a tough but powerful influence on Hercy. “But that’s going to be my son’s decision.”

I’ve known Master P for a long time. I was even in his “I Miss My Homies” video. I’ve always admired that he isn’t afraid to admit when he doesn’t know something. While in the midst of this Reebok negotiation, he said he is trying to educate himself on financial markets, banking and initial public offerings. And he wants to put resources back into the black community. He is so devoted to his hometown, I wondered what he’d name a Major League Baseball team if he could bring one to New Orleans. He’d call them the “Rebels.” He said his best pandemic purchase was a home gym and that “Make Em Say Uhh!” is his favorite song “because it just don’t go away.”

During this episode, we covered so much that I forgot to bring up a debt that he owes me. Back in the day, there were a bunch of us ball players who would go to UCLA and play in the offseason. Guys like Paul Pierce, Kevin Garnett and even Magic Johnson would show up to play. One day, Master P and I got into a shooting contest, and the winner would take $20,000 off the loser.

My scouting report is that Master P was a good combo guard. He could shoot the open shot, but I still won. And he never paid. He once told me he’d compensate me in product, and now that I see all of the stuff he is selling, I’m going to hit him up now. It’s time to pay up, Master P!