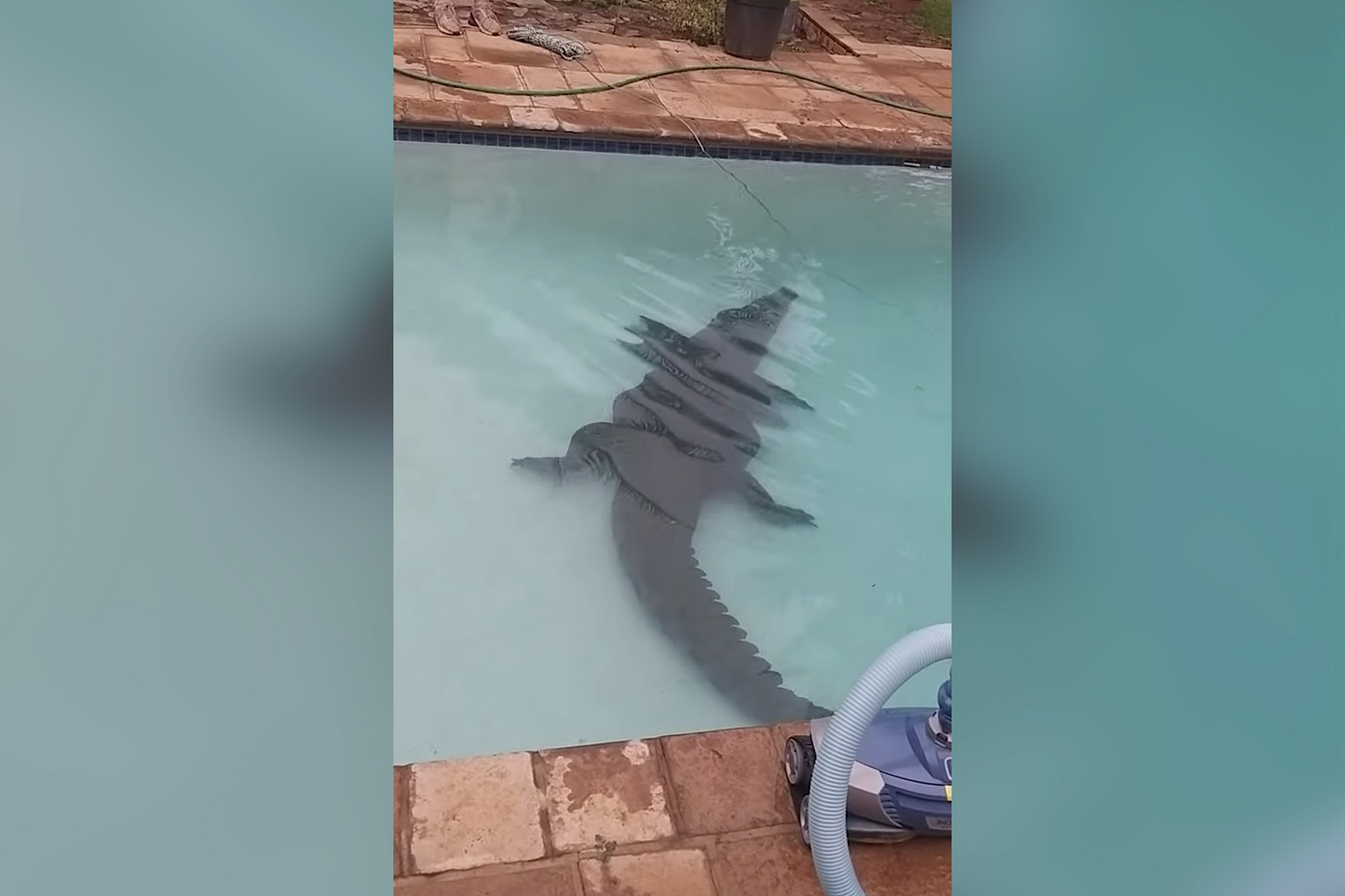 A 10-foot crocodile isn’t the sort of neighbor anyone hopes to welcome into their home.

Jacob and Angel Breytenbach, from Moedwil, South Africa, weren’t too pleased to meet one such reptilian visitor, who was caught using their backyard swimming pool as its own crash pad.

Angel had been outside around 4:30 a.m. on Friday when she spotted “something large floating” in her pool. It didn’t take long for the native Australian to realize it was a croc, she told Storyful, and called animal control experts to her home.

“I must applaud everyone for their awesome handling of the situation,” she said of the team who helped bring the creature to safety.

Thrilling footage taken during the croc’s capture shows the team using a lasso to wrestle the beast out of the pool as it thrashes in the water.

“Jump on its teeth!” the brave Aussie can be heard shouting in the background. “Straight on its back, there you go. I’m Australian, I’ve seen it done before.”

Jacob and Angel Breytenbach awoke Friday to find a 10-foot crocodile in their pool in Moedwil, South Africa.Jacob Breytenbach via Storyful

The team of burly men were able to pull the huge animal out onto the grass and determine it was an adult male crocodile. To calm him, they placed a white cloth over his head until additional rescue assistance arrived.

“Only in South Africa,” Angel says in the vid.

The Wild Heart Wildlife Foundation of Johannesburg organized the crocodile’s safe transfer back to the wild, after it was likely displaced by recent weather events, they said.

“Various animals have been displaced and shown up in strange places due to the heavy rains brought in by Cyclone Eloise. It is believed that this crocodile came from a nearby river,” the group wrote in a recent Facebook update.

“The crocodile was safely removed and placed in a safe location,” they added. “He will be checked out by the Dept of Nature Conservation then released back into its natural habitat.”