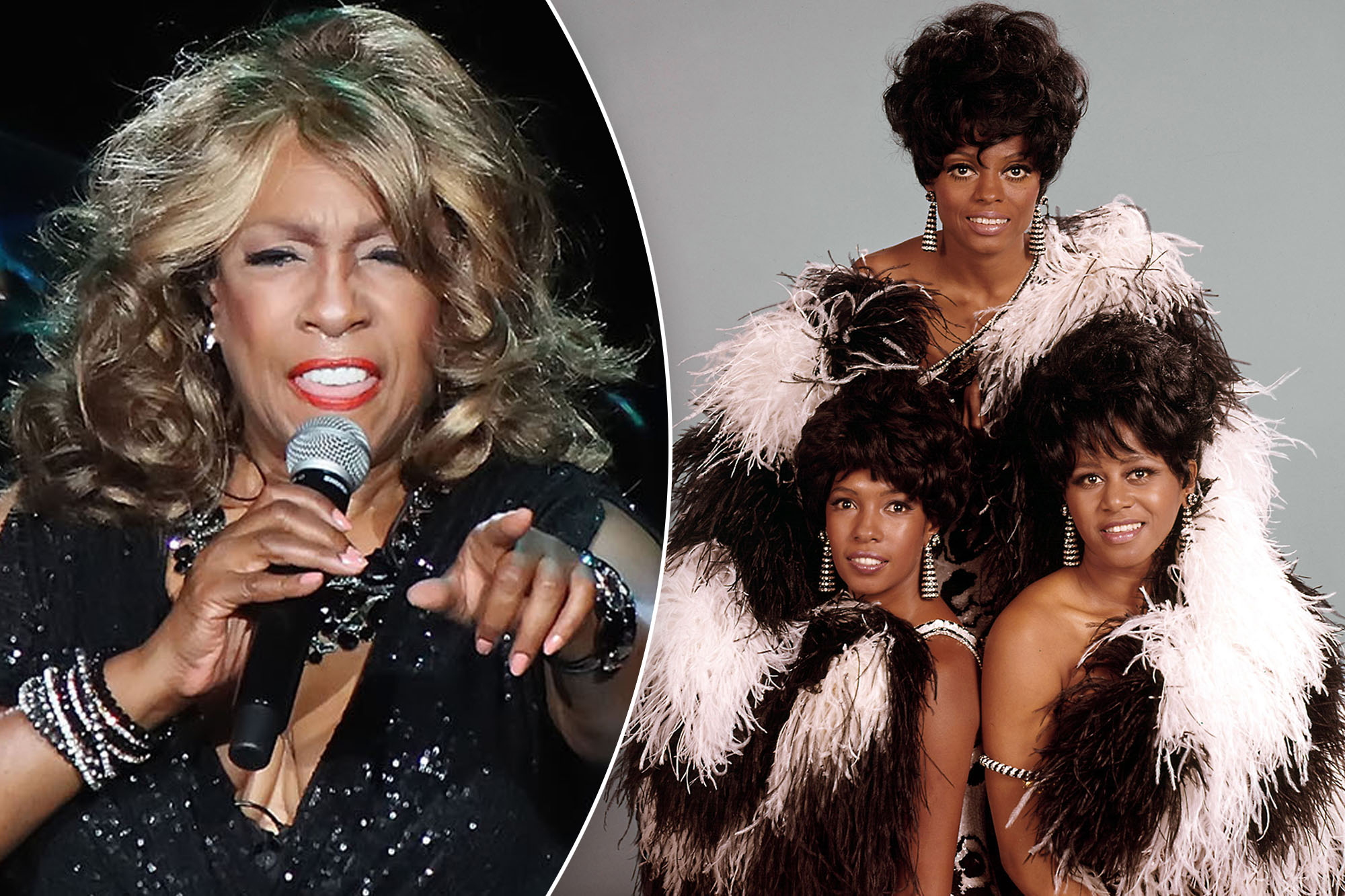 Mary Wilson, outspoken co-founder of Motown’s legendary “girl group” The Supremes, has died. She was 76.

Her longtime publicist Jay Schwartz confirmed in a statement that she passed away suddenly Monday at her home in Las Vegas. Her cause of death has yet to be announced and funeral services will be private because of COVID-19 restrictions, Schwartz said, but a public memorial is planned for later this year.

Wilson launched the iconic pop and soul trio with Diana Ross and Florence Ballard after signing with Motown in 1961 when she was just 15, originally as a member of The Primettes —before label founder Berry Gordy re-christened them as The Supremes.

“I just woke up to this news, my condolences to you Mary’s family, I am reminded that each day is a gift,” Ross, with whom Wilson had an often publicly heated relationship tweeted Tuesday morning. “I have so many wonderful memories of our time together “The Supremes ” will live on in our hearts.”

Wilson, a 1988 Rock and Roll Hall of Fame inductee, was also legendary for sticking with the groundbreaking group long after breakout lead singer Ross left for a solo career in 1970 — and for fighting a hard-won legal battle for artists’ royalty rights, which she detailed in her bombshell 1986 memoir, “Dreamgirl: My Life As a Supreme.”

Ballard was replaced by Cindy Birdsong in 1967, and Wilson stayed with the group until it was officially disbanded by Motown in 1977.

“I was extremely shocked and saddened to hear of the passing of a major member of the Motown family, Mary Wilson of the Supreme,” Motown guru Gordy said in a statement Monday night. “The Supremes were always known as the ‘sweethearts of Motown.’  Mary, along with Diana Ross and Florence Ballard, came to Motown in the early 1960s. After an unprecedented string of No. 1 hits, television and nightclub bookings, they opened doors for themselves, the other Motown acts, and many, many others.”

ary Wilson of the Supremes and her collection of gold and silver records, , photographed at a hotel in Los Angeles, California April 12, 1985.Getty Images

Gordy continued, “I was always proud of Mary. She was quite a star in her own right and over the years continued to work hard to boost the legacy of the Supremes. Mary Wilson was extremely special to me. She was a trailblazer, a diva and will be deeply missed.”

On Saturday, Wilson posted a poignant YouTube video announcing that a deal to distribute previously unreleased solo recordings was in the works with industry powerhouse Universal Music. She also teased upcoming interviews she had done about her early experiences with segregation in honor of Black History Month.

“Hopefully some of that will be out on my birthday, March 6,” said Wilson, who appeared in Season 28 of ABC’s “Dancing with the Stars” and published her fourth book, “Supreme Glamour,” in 2019.

It was in those humble surroundings that she would meet her future superstar pals Ross and Ballard, with whom she formed a group that would serve as a “sister act” to the Primes, a male act featuring Paul Williams and Eddie Kendricks, future stars of Motown’s the Temptations.

The Supremes’ first No. 1, million-selling song, “Where Did Our Love Go,” was released June 17, 1964. On a bus and truck tour at the time, Wilson said there was a watershed moment when it hit her that she had a hit record.

“I remember that instead of going home on the bus, we flew,” she told the Associated Press in 2014. “That was our first plane ride. We flew home. We had really hit big.”

It would be the first of five consecutive chart-toppers, with “Baby Love,” “Come See About Me,” Stop! In the Name of Love” and “Back in My Arms Again” following in quick succession. The Supremes also recorded the hit songs “You Can’t Hurry Love,” “Up the Ladder to the Roof,” and “Love Child.”

Ross launched her solo career in 1968. The Supremes’ swan song with her at the helm, “Some Day We’ll Be Together,” topped the pop and R&B charts in December 1969. The single marked the act’s last appearance atop the US pop chart.

Rafael died tragically at 14 when his Jeep flipped on a road trip between Las Vegas and Los Angeles, injuring Wilson and killing her son.

Throughout the years, Wilson sparred publicly in the press with Ross — whom she always pointedly referred to by her birth name: Diane.

“I’m sure people will have their own opinions about that, but I really don’t care,” said Wilson, defending herself in a 1986 interview in Jet magazine. “My main thing is that when I was in the group I maintained my position and I didn’t step into Diane’s position. I’m no longer in the group now. I have my own position to uphold and it’s not in the background.”

A 2000 Supremes reunion tour fell spectacularly apart after a long and ugly battle over Wilson’s paycheck, which she argued was insulting in comparison to her “The Boss” bandmate. She publicly declared it “a fraction” of the $15 million Ross was getting.

Still, Wilson kept it moving with regular appearances in Las Vegas and at concert halls around the country. In 2015, she released her last single, “Time to Move On,” which reached No. 23 on the Billboard dance chart.

At the time of her death, her publicist said that Wilson had been working on trying to get a US postage stamp designated for the doomed Ballard, her fellow Supreme and the inspiration for Tony winner Jennifer Holiday and Oscar winner Jennifer Hudson’s character in the musical and film of “Dreamgirls,” respectively.

Wilson’s activism efforts included traveling to Washington, D.C. to lobby for the Music Modernization Act, which was passed into law in 2018.

She is survived by her two children Turkessa and Pedro Antonio Jr, and her seven grandchildren: Mia, Marcanthony, Marina, Isaiah, Ilah, Alexander and Alexandria.

In lieu of flowers, Wilson’s family has requested that fans support UNCF.org and the Humpty Dumpty Institute.

Diana Ross, Mary Wilson and Cindy Birdsong of The Supremes.Redferns