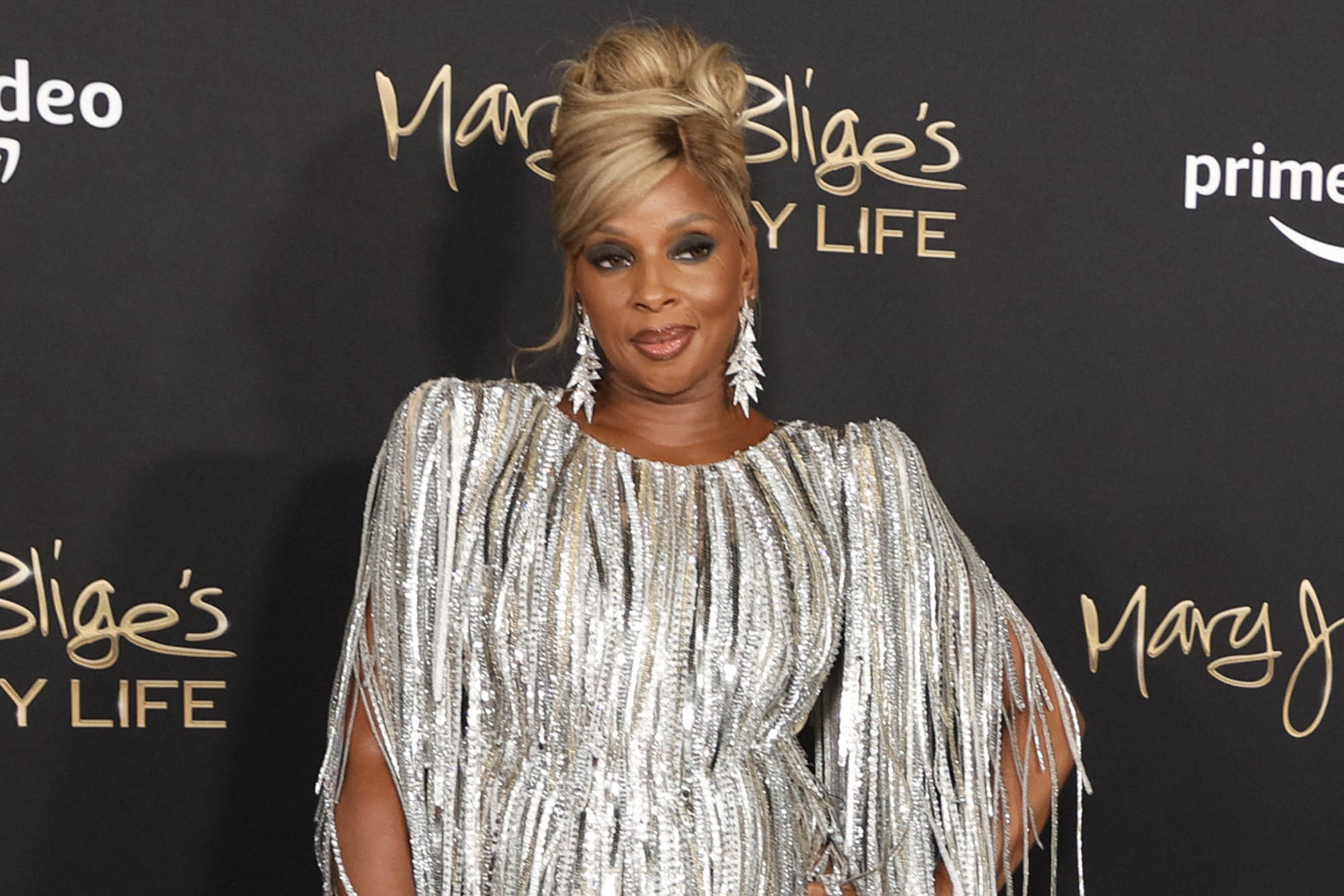 Three decades into her music career, Mary J. Blige is looking better than ever.

The “Queen of Hip-Hop Soul,” 50, hit the red carpet premiere of her new Amazon Prime documentary, “Mary J. Blige’s My Life,” dressed in a sparkling Alexandre Vauthier Haute Couture gown with hip-high slits on either side.

Even the “Family Affair” singer’s accessories were blinged-out: She chose shoulder-dusting earrings and diamond rings from Hollywood favorite Lorraine Schwartz, along with embellished Giuseppe Zanotti sandals ($1,103).

Mary J. Blige showed off her mile-long legs at her movie premiere.Getty Images

Out Friday, Blige’s new doc tracks her rise to superstardom — and doesn’t shy away from her past struggles, including the depression and suicidal thoughts she dealt with while making her seminal 1994 album, “My Life.”

The movie also shines a light on her time growing up in the Bronx, and how songwriting proved her saving grace.

“The only thing, I think, that kept us guided was the music,” she says in a clip released earlier this month. “It just saved you. In the neighborhood we lived in, it’s like prison. There was a lot wrong, and it was a lot. I needed to get out. That’s why I had that pen.”

These days, however, the seemingly ageless Grammy winner’s living her best life; In January, she even celebrated turning the big 5-0 with a glamorous bikini shoot on the beach.