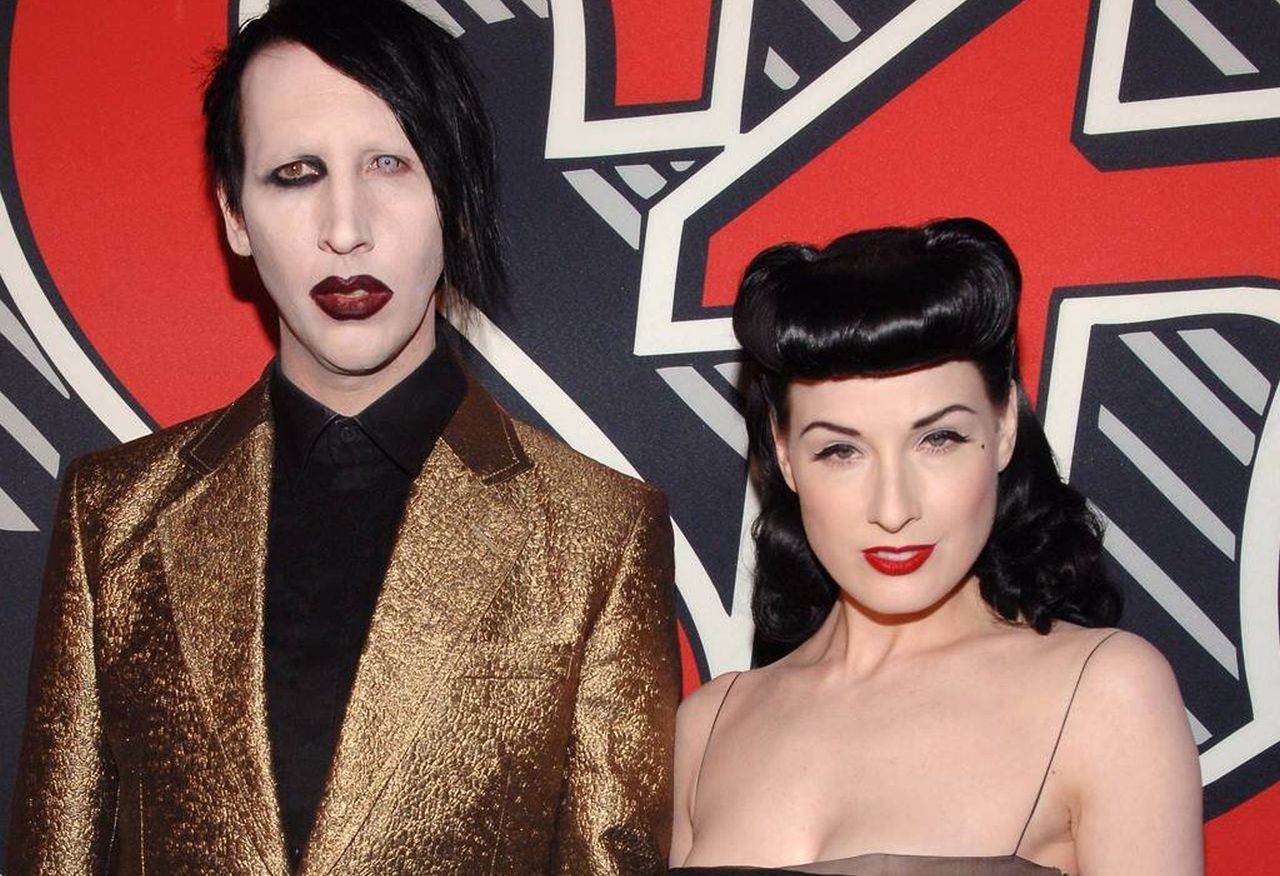 Marilyn Manson lured Dita Von Teese by saying he wanted her to star in a video. He made the announcement during the June 24, 2003, episode of The New Tom Green Show. Using a line such as ‘I want you to star in my music video’ might seem harmless at first, but keep in mind what Esme Bianco is alleging against the 52-year-old shock rocker who has is facing allegations including rape and the sex trafficking of minors, as reported by Charisse Van Horn. Esme Bianco spoke to Good Morning America and made her allegations against Marilyn Manson public. She stated that after a four-year friendship, he flew her from London to Los Angeles to star in the movie for his video “I Want To Kill You Like They Do In The Movies.” What Esme describes happening to her after her arrival is a three-day nightmare straight from a horror movie! Esme alleges that Marilyn Manson used a Flip camera, terrorized her for three days, tied her up, and whipped her all under the guise of making the video. To this day, there is no official video for “I Want To Kill You Like They Do In The Movies.” Esme accuses Marilyn Manson of human trafficking and has spoken to the F.B.I. You may read more about Esme’s allegations of being a human trafficking victim here.
You may see Esme’s full interview with ABC’s Good Morning America below.
RELATED: Model Ashley Lindsay Morgan Says Marilyn Manson Would Cut And Burn Her, Was Obsessed With Nazi Memorabilia

Now, some are asking if Marilyn Manson used his status as a singer to lure unsuspecting women into his orbit. Esme is not the first woman to allege that Marilyn Manson approached her by offering her some position in his circle. Women continue to state that Manson approached them intending to hire them for photoshoots, modeling jobs, or to appear in his videos.
Does Marilyn Manson’s own comments to Tom Green back up Esme’s allegations?
RELATED: Godfather Actor Gianni Russo Talks Marlon Brando And Marilyn Monroe In Memoir
Marilyn Manson appeared on the show with his then-girlfriend Dita Von Teese and it was their first televised interview as a couple. Tom asked Marilyn Manson how he met Dita Von Teese.
He replied as follows.

I kind of stalked her. I pretended I wanted her to star in one of my videos. I saw her around L.A. a lot of times.

You may see Marilyn Manson and Dita Von Teese at the 13:09 mark.

Evan Rachel Wood, who led the February 1, 2021, allegations against Marilyn Manson starred in one of his videos. It was a Lolita-esque video for “Heart Shaped Glasses” and some believed the sex depicted between Evan and Marilyn was real.
Marilyn Manson spoke to MTV News about Evan Rachel Wood appearing in the video and said he demanded that she be paid the highest of any video actress for her work.
He stated the following.

Let’s say there were some conservative people involved [with the video] that got a little upset about things that were taking place, and there’s been rumors back and forth, but I will not confirm or deny them. I did insist that Evan be paid the most that any actress has ever been paid in music-video history to be in this, even though she wouldn’t have asked for it. There’s no one else that could’ve been in it, because it was inspired by her.

TRIGGER WARNING
Evan was 19-years-old when she appeared in the video with the then 37-year-old Marilyn Manson. She has since accused him of grooming her when she was a teenager.
You may see the video that Evan Rachel Wood starred in with Marilyn Manson at the beginning of their relationship below.

What do you think about Marilyn Manson’s admission that he pretended he wanted Dita Von Teese to star in a video and Esme Bianco’s allegations that he human trafficked her to make a home video?
Are you surprised that he put Evan Rachel Wood in a video and demanded Evan make more than any other actress for a video?
Evan Rachel Wood hasn’t confirmed whether she received the highest salary or if the sex scenes were real. She hasn’t clarified whether she feels her role in the video was part of Marilyn Manson’s grooming process and control over her.
What are your thoughts about Evan Rachel Wood’s allegations against Marilyn Manson and the “Heart Shaped Glasses” video? Do you think he promised women to star in videos to lure them into his world?