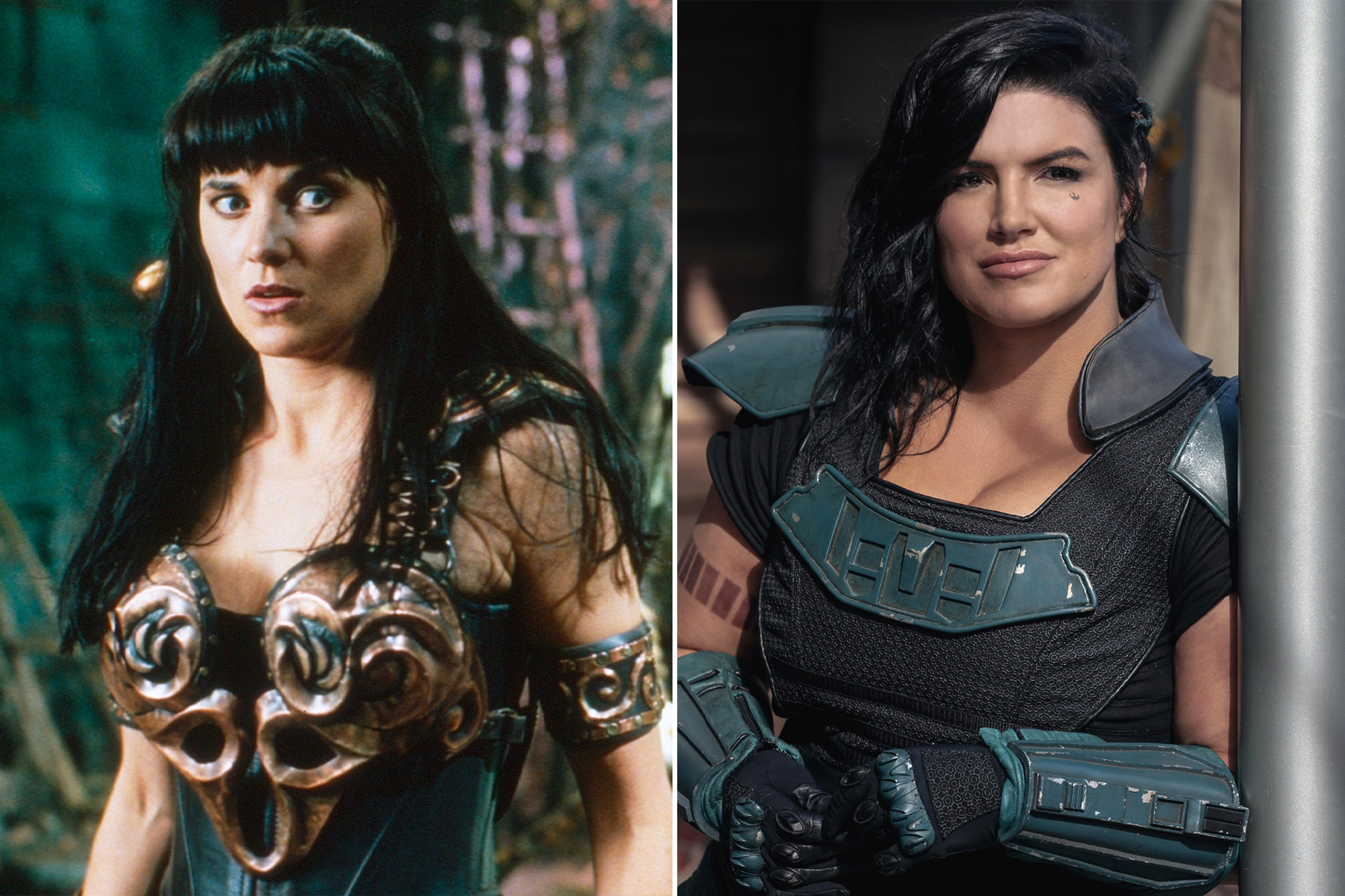 Following the swift cancellation of Gina Carano, fans of “The Mandalorian” are now calling for Lucy Lawless to replace the mixed martial arts fighter-cum-actor as Cara Dune in the “Star Wars” series.

Lucasfilm confirmed yesterday that Carano, 38, would not be returning to Pinewood Studios in England to film the third season of the Disney+ series. It is believed that Carano’s departure was ultimately prompted by inflammatory comments she made on social media, comparing political censorship to the persecution of Jews in Nazi Germany.

Twitter critics have since vowed to stop watching the Emmy-nominated series, showing their support for Carano by using the hashtag #CancelDisneyPlus. However, it seems many fans have already moved on — and have their sights set on 52-year-old Lawless, former star of the cult hit TV series “Xena: Warrior Princess.”

Fans are saying the role of Cara Dune, played by Gina Carano (right), should have been played by Lucy Lawless all along.Courtesy Everett Collection

“Instead of #canceldisneyplus, can they just cast Lucy Lawless as Cara Dune and pretend it was her the whole time?” asked Dungeons & Dragons podcasters @SeveredSonsDnD, who has garnered nearly 19,000 likes in support of the idea.

“What if Lucy Lawless took over as Cara Dune and we all just pretended she was always Cara Dune?” asked @JesseNeon on Twitter.

Reps for Disney+ plus did not immediately respond to The Post’s request for comment on the social-media casting recommendation.

Lawless was recently lauded by social-media users after publicly dragging former co-star and current Donald Trump supporter Kevin Sorbo — a k a “Peanut,” she condescended — who played Hercules in the eponymous fantasy series of the 1990s while she was ruling as Xena.

The two mythical characters would often team up for crossover episodes — although it appears there’s no love lost between the two.