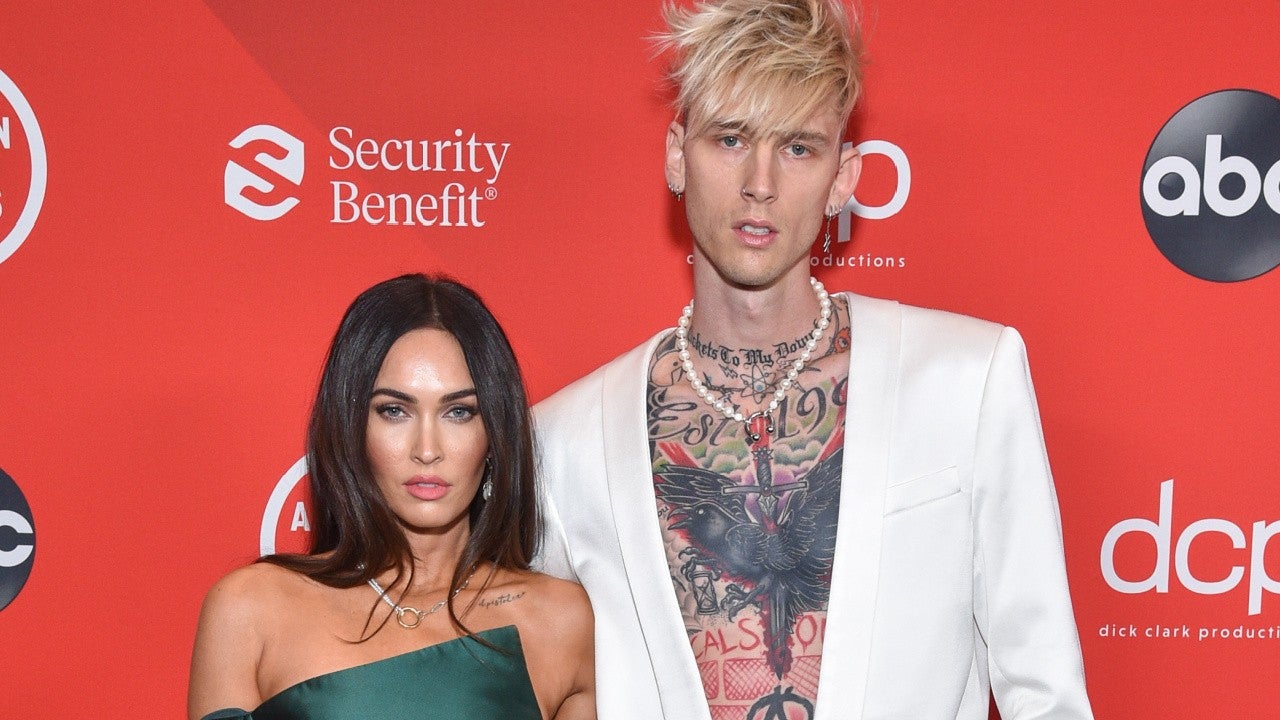 On Valentine’s Day, Machine Gun Kelly made sure to pay tribute to his lover, actress Megan Fox and he did it in a pretty unique way! Not only did the man call her his ‘Bloody Valentine,’ he also revealed he has her blood around his neck!
That’s right! The post included a pic that proved Machine Gun Kelly carries a vial of the red liquid with him at all times – as a charm on his necklace!
Alongside a cute selfie of the couple, he wrote: ‘I wear your blood around my neck. My bloody valentine.’

But, of course, he was not the only one of the couple who paid tribute this Valentine’s Day!
Megan did the same and she did it in the form of a poem for him, which she also included along with some couple selfies.
It reads: ‘There goes my heart manifest outside my body draped in the towering silhouette of a most-unusually handsome boy. The journey will likely be perilous but there’s no destination without him. Happy valentine’s day rehab barbie.’

This comes after, just last month, there were rumors that they’d gotten engaged.
The reason why many were convinced Machine Gun Kelly had popped the big question was that Megan was seen rocking a massive diamond while out and about.
However, she seemed to deny the speculations soon after by sharing a pic of her hand, on her finger another ring that read: ‘F**k You,’ – most likely a message to those reading into it too much.
Advertisement

About this, a source told ET that ‘An engagement might be in Megan Fox and MGK’s future and the same with having kids together. MGK definitely wants both those things, but Megan’s a little hesitant right now. In the meantime, they’re constantly laughing together and always have the best time.’

Vanessa Hudgens Makes Her Romance With Cole Tucker Instagram Official!
Jason Biggs Jokes That He Hopes Hollywood Doesn’t Figure Out He’s Not Jewish Because He Won’t Get Roles Ever Again
Comment