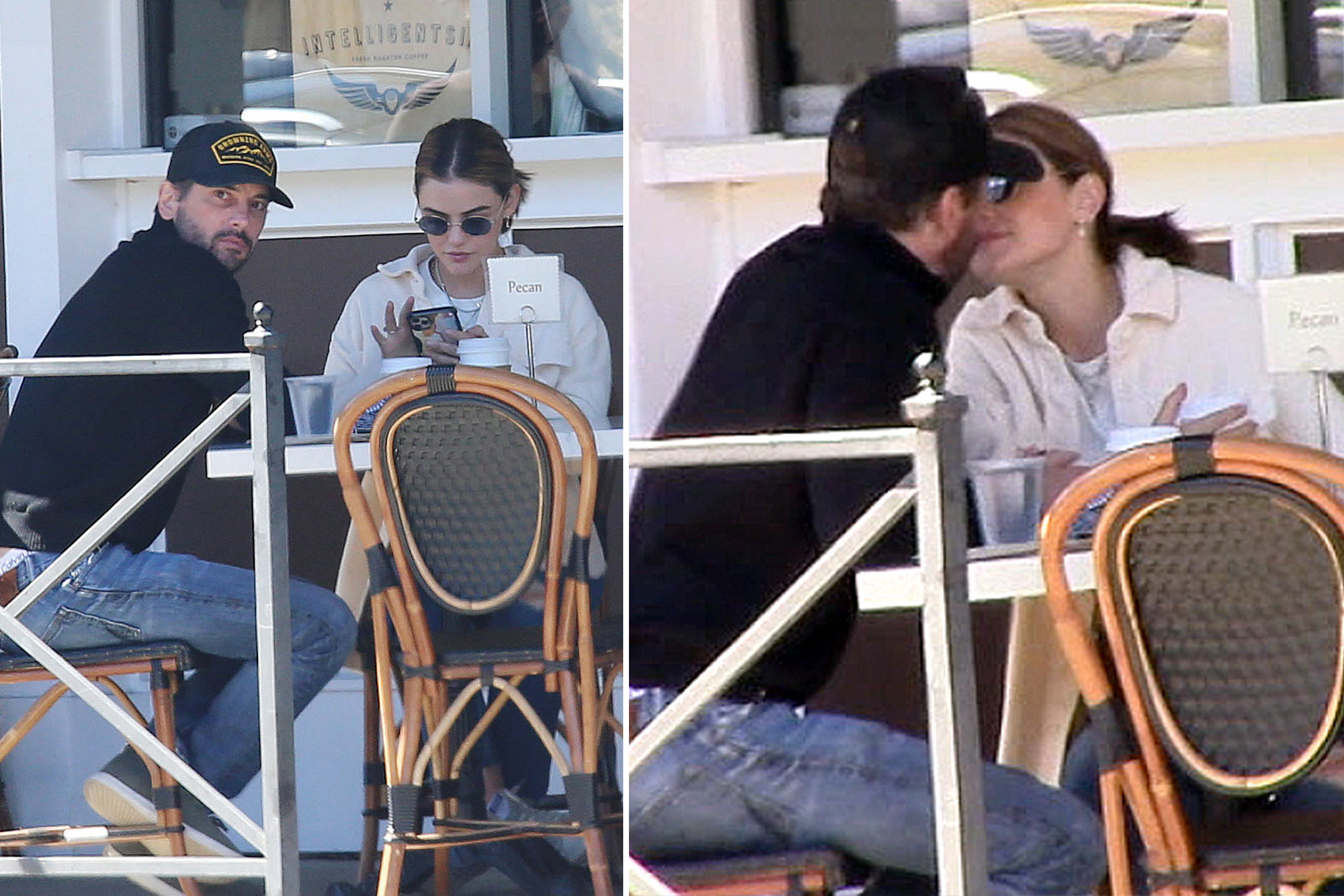 The “Scream” star, 51, and the former “Pretty Little Liars” actress, 31, were photographed on a PDA-heavy lunch date in Los Angeles on Sunday — and the May-December pair appeared to be completely smitten with one another.

Lucy Hale packs on the the PDA with Skeet Ulrich during a lunch out in LA.TheImageDirect.com

In one of the photos, Hale and Ulrich are seen sharing a kiss as they wait for their food at the Sweet Butter Cafe. In another, the actors playfully hold on to each other’s hands.

And he smooches hers. TheImageDirect.com

They were seen holding hands and looking cozy.

In addition to lunch, the stars were photographed going for a touchy-feeling stroll through Los Angeles, where they were pictured wearing face masks, blue jeans and sunglasses.

Page Six has reached out to reps for Hale and Ulrich for comment.

It’s possible the pair met through their involvement in the CW series “Riverdale” and “Katy Keene.” Ulrich played Forsythe Pendleton Jones II on “Riverdale” up until Season 4, and Hale starred in “Katy Keene,” which is a “Riverdale” spinoff.

Skeet Ulrich and Lucy Hale go for a walk in LA.TheImageDirect.com

After the cancellation of “Katy Keene” last summer, the actress said on social media, “I don’t want to just post a picture or a caption because nothing would do justice to how I feel about ‘Katy Keene’ or how I feel with the people involved with it.”

Lucy Hale and Skeet Ulrich have both worked for CW shows. TheImageDirect.com

Shortly after, she was linked romantically to former “Bachelor” star Colton Underwood, but that quickly fizzled out.

Ulrich has been married twice: to actress Georgina Cates and to actress Amelia Jackson-Gray. He and Cates have two children: 19-year-old twins Jakob Dylan Ulrich and Naiia Rose Ulrich.

Alex Trebek’s Son Reveals How The Family Is Keeping His Memory Alive!
Kim Kardashian’s Divorce From Kanye West Will Play Out On TV
Comment