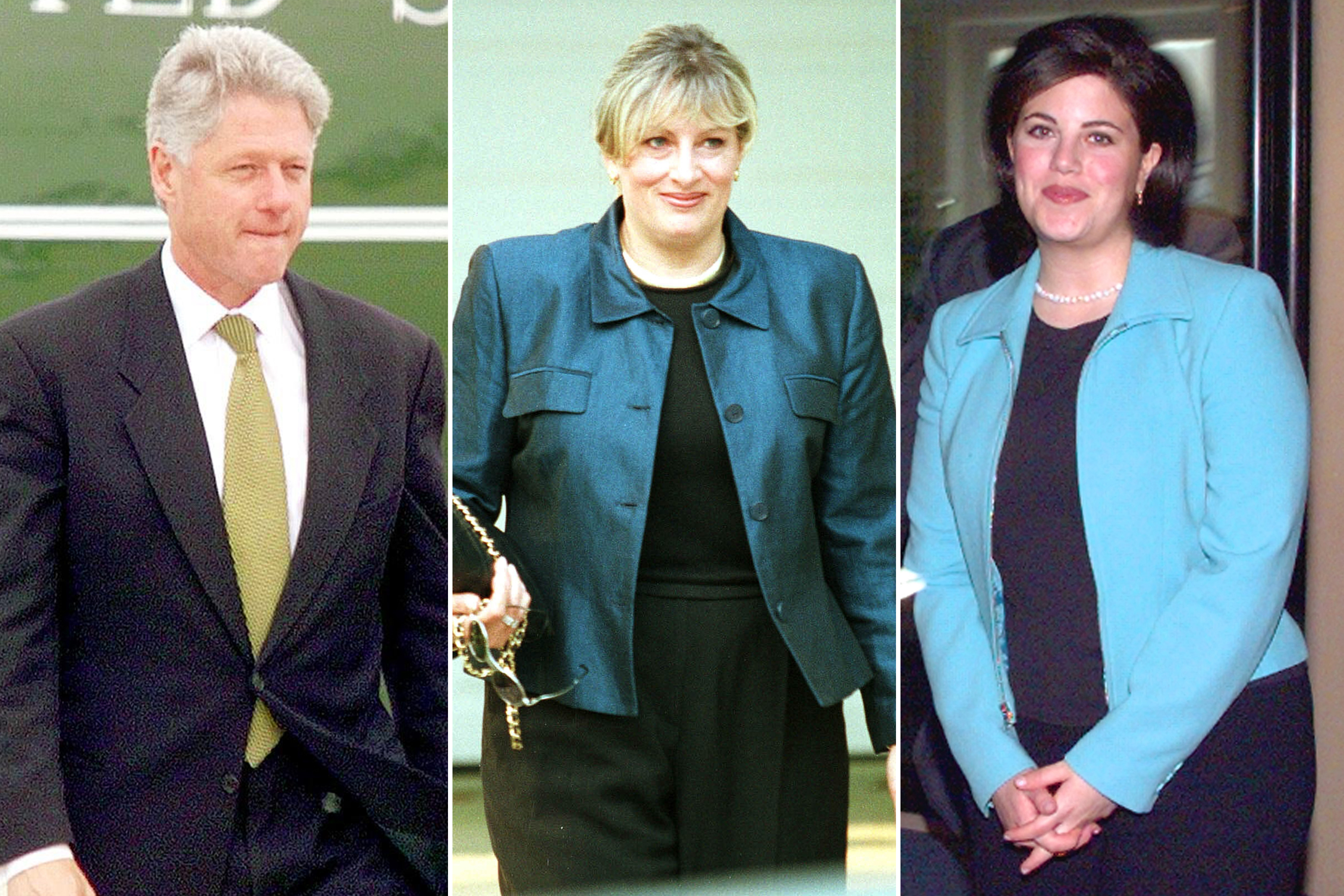 The seeds of a scandal that nearly brought down a president were planted almost 25 years ago — when 23-year-old Monica Lewinsky confided in her colleague Linda Tripp that she had been having sexual relations with Bill Clinton. Tripp died in April of pancreatic cancer, but her memoir, “A Basket of Deplorables: What I Saw Inside the Clinton White House” has been published posthumously by Post Hill Press. In this exclusive excerpt, Tripp reveals when she first learned of the affair.

I first met Monica Lewinsky in April 1996, when she was transferred from the White House to the Pentagon’s Public Affairs Office. I had been transferred to the same office in May 1993, long before Monica had started at the White House.

Monica’s arrival at the Pentagon meant that political appointees had better tread carefully. She had clout and was not shy about letting us know it. She belonged to someone with influence. There was simply no other explanation for how or why this 23-year-old woman landed at this particular desk in the Pentagon.

Monica made sure that everyone in the office knew that her current position would only be temporary. She was going back to the White House right after the November election.

As August approached, and even though Monica had not admitted it, I was becoming more and more certain that her benefactor was Bill Clinton.

For the longest time, I couldn’t remember precisely when Monica confirmed this. She testified later that she told me sometime after the November election. That is true to the best of my recollection. My confusion arose from what occurred at the time of Bill’s 50th birthday, August 19, 1996, which made it all obviously clear that her benefactor was, in fact, the president.

One morning in early August, Monica flew into my office, barely able to contain herself.

“Hey, my mom said they’re throwing the president a birthday party at Radio City Music Hall! In New York! And guess who’s going to be there?” she breathlessly exclaimed. “It costs two hundred fifty dollars per ticket. But it’s so worth it, and my mom said she would pay for it!”

Linda Tripp seen in 1998, on the eighth day of testimony before the grand jury investigating the Monica Lewinsky affair.AFP via Getty Images

Hillary was planning a star-studded bash reminiscent of President John F. Kennedy’s 45th birthday party in 1962 at Madison Square Garden. Hillary’s New York tribute could not help but evoke memories of that presidential birthday bash so many years before, when Marilyn Monroe purred “Happy birthday, Mr. President” for all the world to see. Hillary was planning a somewhat different musical tribute to her husband’s life. Of course, with the Clintons, the real purpose of the big bash was money. This was to be a major fundraiser.

Besides Monica Lewinsky, some 5,300 people would attend the show, and many more would participate via satellite. All of them paid through the nose, netting the Democratic National Committee more than $10 million in one evening.

Upon her return from her meticulously planned trip, she immediately flew back to my office, grinning from ear to ear and positively beaming.

“I did it!” she boasted with immeasurable pride. “It was amazing. I’m so glad I sucked up the expense and went; it was so worth it!” The words tumbled out fast and furiously; her excitement was uncontainable.

The election was drawing closer. It was now fewer than 80 days until she would be whisked back to a job in the White House. Although Monica was fully capable of playing a long game, she was never an overly patient person.

But, as I would soon learn, she was able to find joy in the countdown to Election Day, sure as she was that it would be well worth the wait.

What exactly had she done? Monica had taken full advantage of her attendance at the president’s birthday bash. She had not only gotten into the party; she had “made actual contact” with him in a peculiarly personal way.

Monica Lewinsky, seen here in 1998 during the grand jury investigation, opened up to Linda Tripp.Getty Images

Right after the November election, she would lay all her cards on the table and open up to me about him. She was like a high school girl losing her virginity to the cute captain of the football team and then bragging about it to her friends.

She relayed all the sordid details about what had happened at Radio City Music Hall months earlier — telling me much more than I wanted to know.

She would gush that she had maneuvered into a position to grab his genitals with no one being the wiser, delighted to have given “the Big He” a little love massage.

“You absolutely won’t believe this, but I squeezed his balls right in the middle of throngs of people!” she told me in November, adding her trademark loud laugh, a guffaw that could be heard several offices away.

This was quickly followed by a recitation of the celebrities there (“I’ll bet none of them got to squeeze his balls!”) and catty remarks about Hillary, who from that moment on was referred to disdainfully only as “the Ba Ba.”

‘”I squeezed his balls right in the middle of throngs of people!”‘Linda Tripp recalling words from Monica Lewinsky

Had all of these details been relayed by anyone else, they would have been merely horrifying and hard to, well, grasp.

It was as staggering to hear about as the thong incident she had pulled off the year before — she had deliberately bent over so the president could see her, then hiked up her dress to reveal her thong underwear to him.

In her exuberance, she threw in a few derisive, but in her mind hilarious, cracks about rope lines and the Secret Service, questioning their thoroughness given how easily she was able to pull off what she’d done: “Okay, there were tons of people, but still, they are the Secret Service! And they missed it!”

I was fairly certain the protection detail hadn’t missed any of it, but I didn’t mention that. I believe to this day not only that the Secret Service agents witnessed the grope, but also that they were well aware of Monica from day one at the White House, and never lost sight of her right up until the end. These people rarely, if ever, miss anything. They are uncommonly professional but also adaptive to reality, and after three long years with Bill Clinton, the business with Monica would have been business as usual for them. And, as always, the charismatic president was able to cultivate some of them to facilitate his personal needs.

“I had hoped for eye contact, maybe a kiss on the cheek,” Monica continued. “I just wanted him to see me. I can’t believe I really did it!”

The saddest part was that this grope validated, in her mind, a sort of secret romance between them. She may not have been Marilyn Monroe singing to her guy, but she was Monica and he was the president, and this was good enough. For now.

By now, she couldn’t wait to discuss every single detail of the whole series of events that had landed her in the dismal Pentagon. Pardon the pun, but it had been a series of blow-by-blows since the affair began in November 1995 in the White House. There was a lot to tell all these months later.

Monica Lewinsky dressed to the nines at the 2020 Vanity Fair Oscar Party.Getty Images

What struck me immediately was the amount of time since her last physical “encounter” with “the Big Creep” — Monica’s pet name for the president when she was mad at him.

Her last physical rendezvous had been on Easter Sunday April 7, 1996, with the exception of the rope-line grope. Still, she was convinced she had found her special man and they were meant to be together. She was thoroughly convinced it was only a matter of time before everything would be back to the way it had been.

What was the way it had been, exactly? She’d had only had a handful of sexual encounters with the president. She even told me once that she had to remind him of her name; she had the impression he had forgotten it in the six weeks since their last encounter. Yet, to her, this was a romance.

Excerpted from “A Basket of Deplorables: What I Saw Inside the Clinton White House” by Linda Tripp, Courtesy of Post Hill Press.