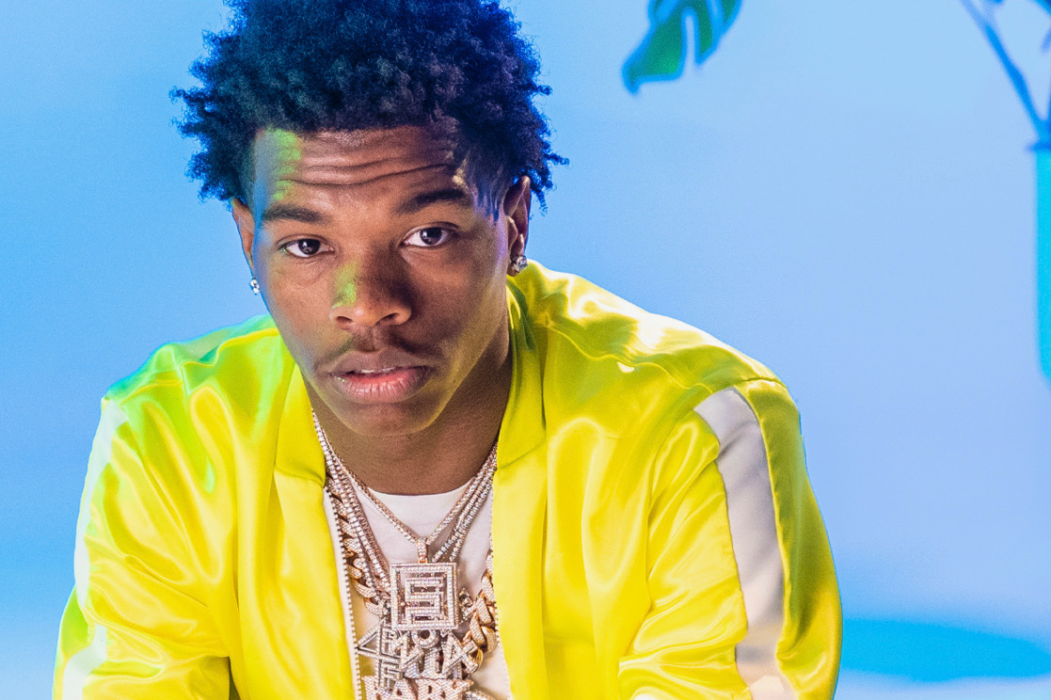 A report from Hot New Hip Hop this week revealed that Lil’ Baby got his own Super Bowl commercial, which is easily one of his biggest achievements yet other than releasing chart-topping albums which have cemented his status as one of the most popular rappers in the game currently.
Reportedly, advertising enterprises are gearing up for the Super Bowl this year, which, as most know, is one of the most lucrative times of the year for marketing firms. It’s especially profitable for the networks that broadcast the Super Bowl in front of millions of Americans.
RELATED: Lil Baby Says Women Are Running Rap Music Right Now – Men Need To Step Up
According to Hot New Hip Hop, Cardi B is going to appear in the UberEats spot and now Lil Baby is going to work alongside Monster Energy in their new commercial. The outlet says the commercial will go live during the big day.
HHNH says this all comes after the rapper appeared in a commercial for Magnum Condoms as well. Lil Baby reportedly kicks off his appearence in the advertisement by saying he “wasn’t born in the spotlight.” The rapper goes on to say that he had to “grind to shine” to make it to where he is today.
https://www.instagram.com/p/CK1bAskn58n/
RELATED: Lil’ Baby Says He Never Really Wanted To Be A Rapper In New Documentary
Lil Baby finishes off his spoken word poem with the line, “real rockstars don’t chase the spotlight, it chases them.” The commercial ends with the camera showing off people in various activities, crafts, and sports, including one person who is designing dresses, another who’s working on motorcycles, and a person skateboarding in the streets.
Just before the screen turns to black, Lil Baby takes a drink of the Monster Energy beverage. As it was noted above, this is just another big win for Lil Baby whose career has been on fire over the last couple of years.
Additionally, the rapper found himself securing significant praise after the release of one of his latest songs. Lil Baby has a reputation as a lyricist who can tell a great story while adapting to any beat. Some have even said that Lil Baby has released a “flawless discography” thus far.
Advertisement

Marilyn Manson Gets Welfare Check From The LAPD Amid His Abuse Scandal – Details!
Police Swarm House Of Marilyn Manson Over Reports Of A Screaming Woman – Turns Out Manson Just Didn’t Want To Leave The Home Due to Surrounding Paparazzi
Comment