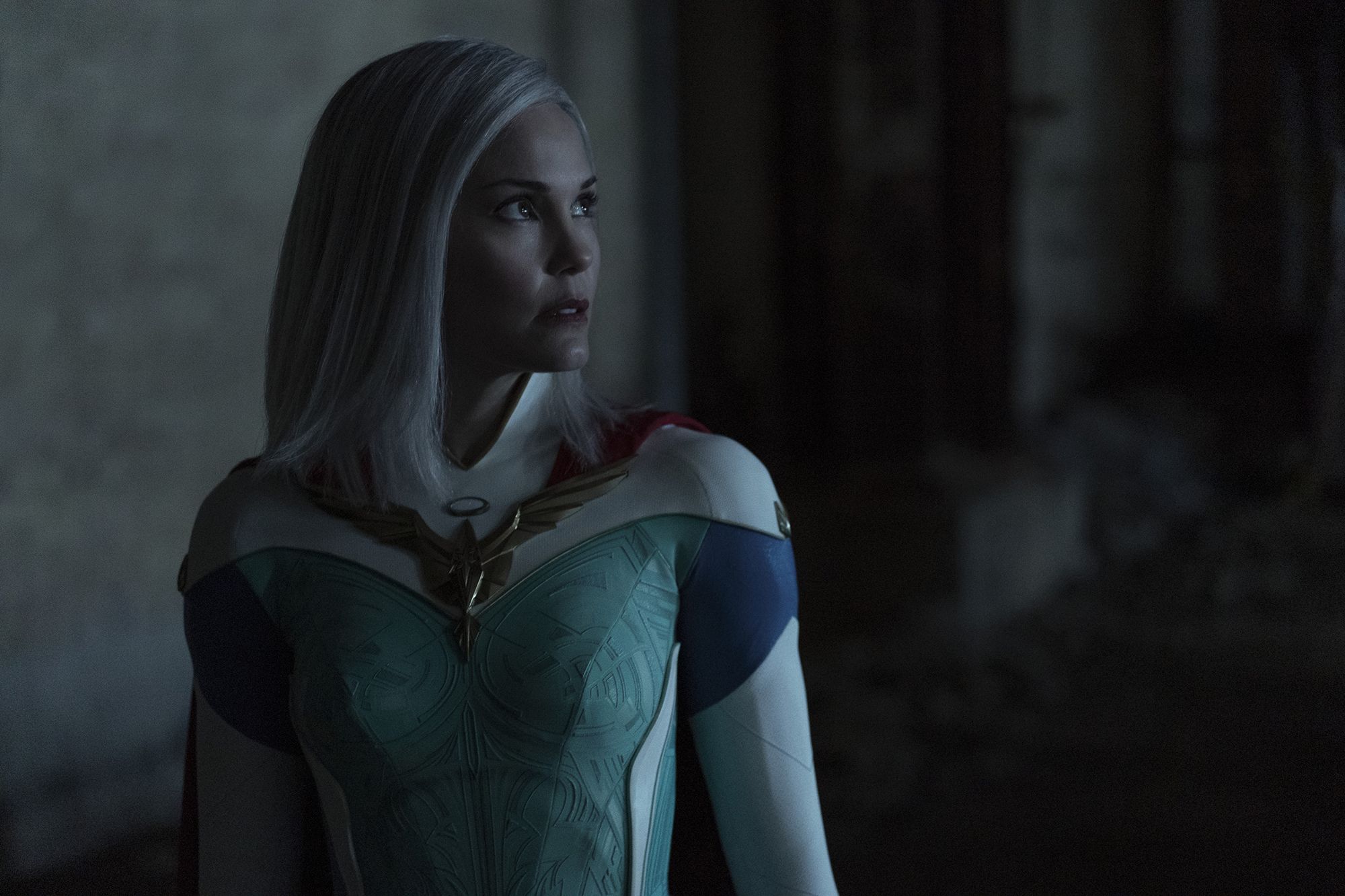 For Leslie Bibb, playing Josh Duhamel’s wife on Netflix superhero show “Jupiter’s Legacy” was a no-brainer — and not because of the capes.

“I produced a movie in 2018 [‘The Lost Husband’] and I got him to come and be the male lead. My mother had passed away a week before we started filming. I was pretty cracked open, to say the least. So I really appreciate Josh because he got me through that,” Bibb, 46, told The Post.

“He was so good to me. We have such a rapport with one another and an easy chemistry. I feel safe with him. He really held me up during that movie. Then, four months later I get this [role], and I’m playing his wife. There’s an ease that we instinctively have with one another.”

Now streaming on Netflix and based on a comic by Mark Millar (“Kick-Ass”), “Jupiter’s Legacy” centers on the world’s first superheroes who got their powers during the Depression era and formed a Justice-League esque organization known as The Union — comprised of Sheldon Sampson (Duhamel) aka “The Utopian”; his wife Grace Sampson (Bibb, “Lady Liberty”); Sheldon’s brother Walter (Ben Daniels, “Brainwave”); Fitz Small (Mike Wade, “The Flare”); and George Hutchence (Matt Lanter, “Skyfox”).

The show jumps back and forth between the superheroes’ Depression-era origins and the present day (they’re aged-up in silver wigs), where their families are dysfunctional as their teen and young adult children struggle in their parents’ shadows — especially Sheldon and Grace’s rebellious daughter Chloe (Elena Kampouris) and troubled son, Brandon (Andrew Horton).

“I liked the fact that you get to see the characters in the present day and you get to see what they were like when they were in their 20’s. You really get to play both sides of the coin,” said Bibb. “I love the aspect of being in something that was a period piece, and then getting to do something that is a superhero show in the same hour of watching it.”

This isn’t Bibb’s first rodeo in the world of superheroes, since she’s appeared in the “Iron Man” movies (as reporter Christine Everhart) — though Christine is a regular human sans superpowers.

“I loved showing a woman of a certain age being this strong and powerful — usually you look at superheroes and they’re young,” she said. “It is a superhero show, but it also feels like a woman trying to keep her marriage going and keep her relationship with her kids, and try to find her voice and her curiosity that — somewhere along the way, as life has happened to her — she’s lost. She’s finding that voice again, so that journey was interesting.”

Bibb is currently in Australia, filming her next role in Melissa McCarthy’s upcoming series “God’s Favorite Idiot.” Oscar winner Sam Rockwell, with whom Bibb has been in a relationship since 2007, is visiting her — and they’ve taken advantage of the fact that the country is more open, post-pandemic, than America, she said.

“He got here, and one of the first things we did was we went and saw a movie. It was so exciting to sit in a brick and mortar theater and sit in front of a screen! We went and saw ‘Supernova,’ the Stanley Tucci [and] Colin Firth movie. I feel really grateful to be in a relationship with somebody who’s such a great actor. He’s so fun and so kind and so generous and really supportive of me. We’re just sort of geeks when it comes to acting — we’re constantly watching movies.”