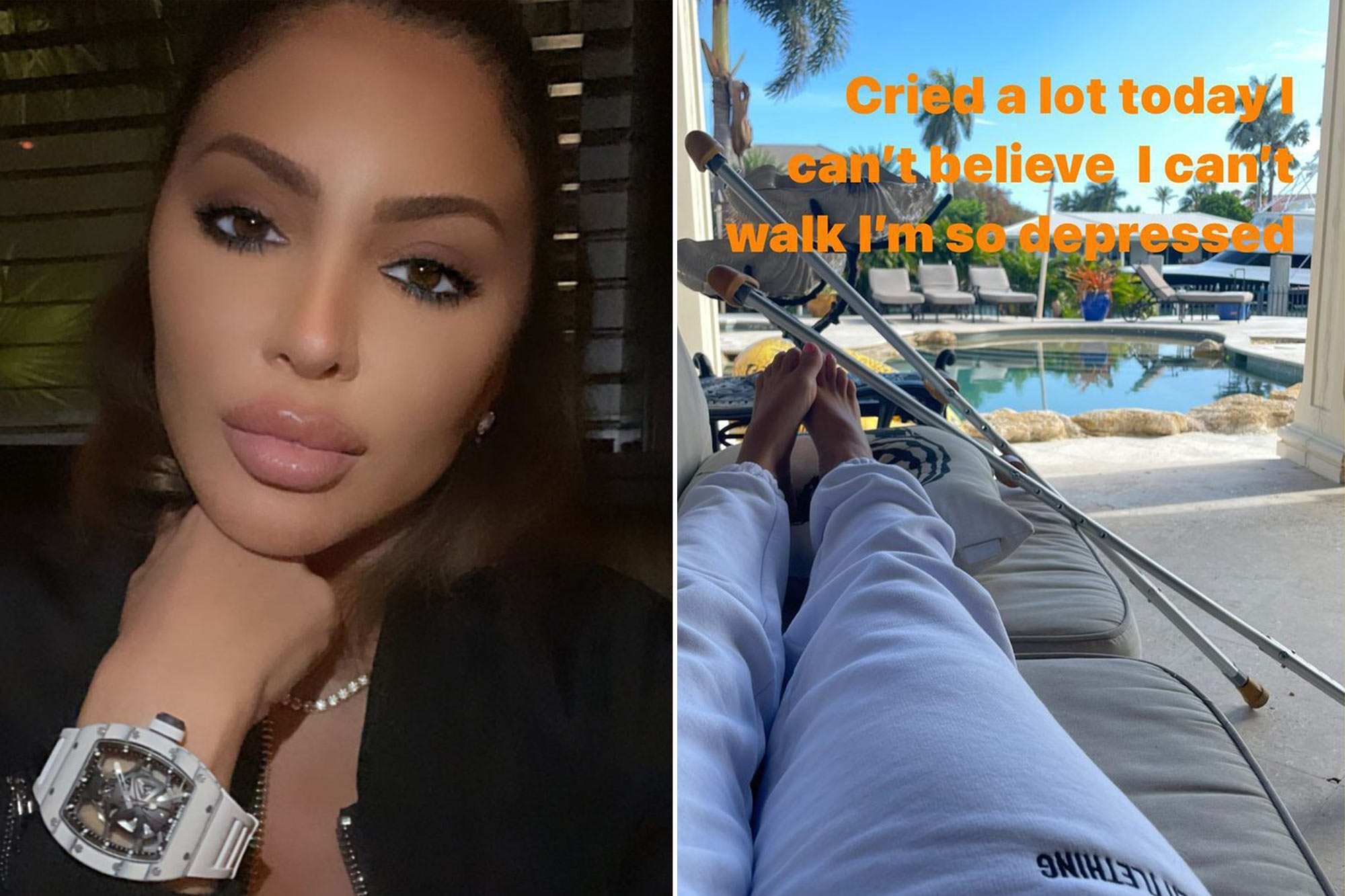 On Tuesday the “Real Housewives” alum shared a photo of herself on her IG Stories with her legs elevated and crutches nearby along with the caption “Cried a lot today I can’t believe I can’t walk I’m so depressed.”

It seems the injury came about from jumping into the ocean off a yacht. Earlier this week Pippen, 46, shared a video — which has since been deleted — of herself and two pals jumping into the water. When she surfaced her friends had to help her out and she admitted that she was in tears from pain.

Pippen, who was married to Chicago Bulls star Scottie Pippen, leads an active lifestyle and often posts videos of herself exercising. The night before the accident she shared a snap of herself enjoying a meal out with two of her sons, Scotty Jr., 20, and Preston, 19.

The model has been in the news of late for her relationship with basketball player Malik Beasley, who is still married to estranged wife Montana Yao and is questioning the paternity of their young son Makai.

In an episode of “Hollywood Unlocked,” Pippen defended her romance saying that she had discussed Beasley’s marital status with him.

“We had spoken about it. It wasn’t a secret. I know a lot of people that are married and exiting,” Pippen said about Beasley, 24, and Yao’s separation.

“I’ve played that part. So for me, if you’re not being shady and you’re telling me all your stuff, I’m going to believe you.”