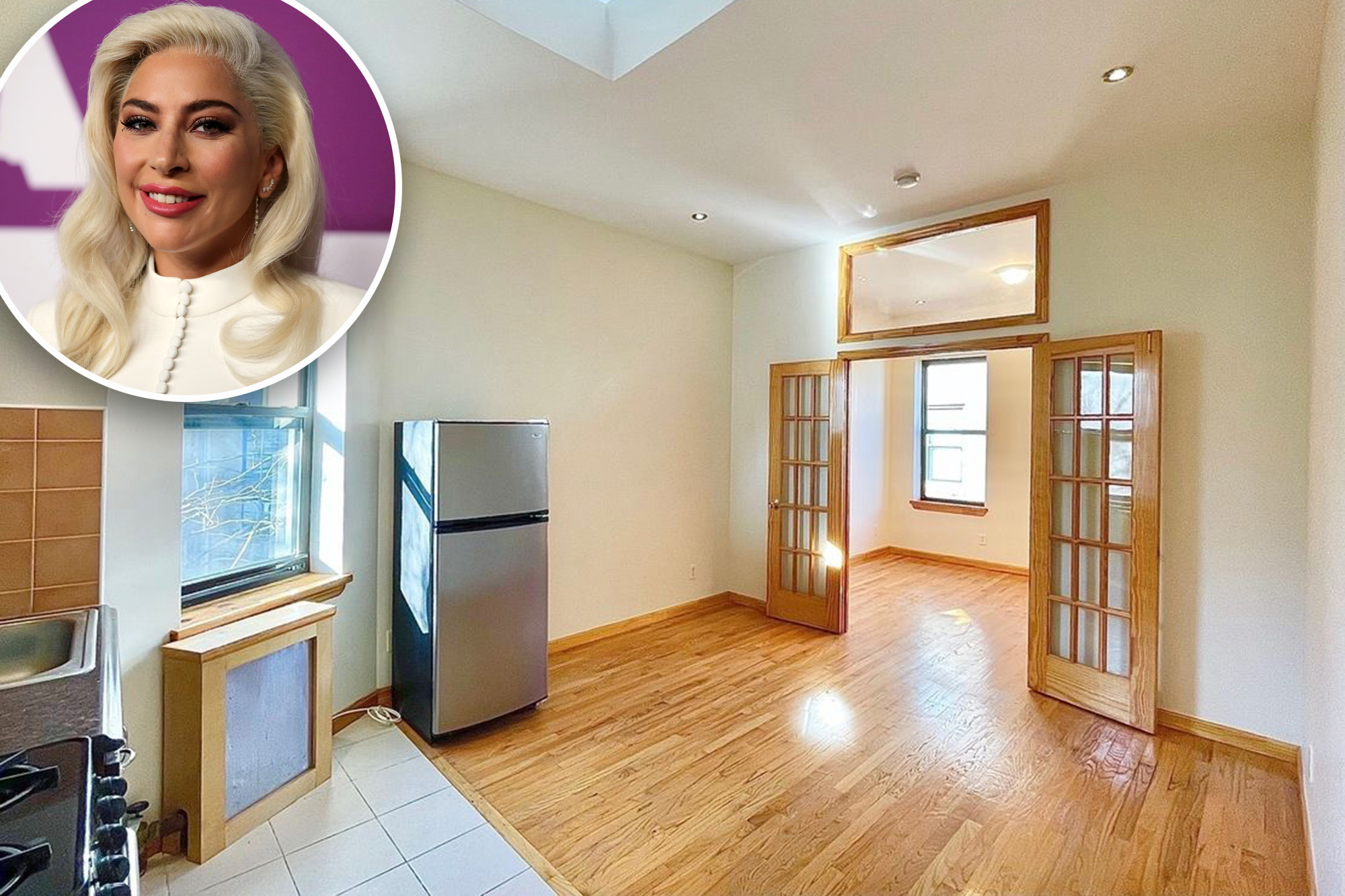 An apartment in the NYC building where Lady Gaga lived while writing her 2008 debut album “The Fame” is available to rent, and this Lower East Side rental is on the edge of glory.

For $2,000 a month, you could find yourself living in a one-bedroom, one-bathroom unit at her former address: 176 Stanton St.

Nestled in the hip ‘hood, you could just dance at plenty of nearby bars and clubs and maybe even catch an A-list neighbor being trailed by the paparazzi.

The apartment is a typical Big Apple pre-war rental, with 10-foot ceilings, an open kitchen — a k a crammed into the corner of the living room area — with stainless steel appliances and wood flooring. There are two windows in the bedroom and one in the kitchen, along with a skylight in the living area since the apartment is located on the fourth floor of a walk-up. The ad also boasts the apartment has a “full TUB,” because only in New York could a regular-sized bathtub be considered an amenity.

The kitchen area, which is located in the corner of the common space, has a tiny window.Compass

The listing agent told The Post that Lady Gaga, 34, merely lived in the building and this isn’t her exact unit.

The “Stupid Love” singer’s former LES pad was also on the market in 2011 and 2015, according to Curbed New York. She reportedly paid just $1,100 a month when she lived there, Bowery Boogie reported.

The bedroom has a single-door closet.Compass

The bedroom has not one, but two, windows — one of which appears to overlook a fire escape.Compass

The singer lived there for three years, People reported, before she went on to super-stardom with “The Fame Monster.” Nowadays, Gaga has a $28 million real estate portfolio, with mansions in Hollywood Hills, Malibu and a $67,500/month townhouse in NYC’s Chelsea neighborhood.

The listing agent for the Stanton Street rental is Alex Livshiz for Compass.