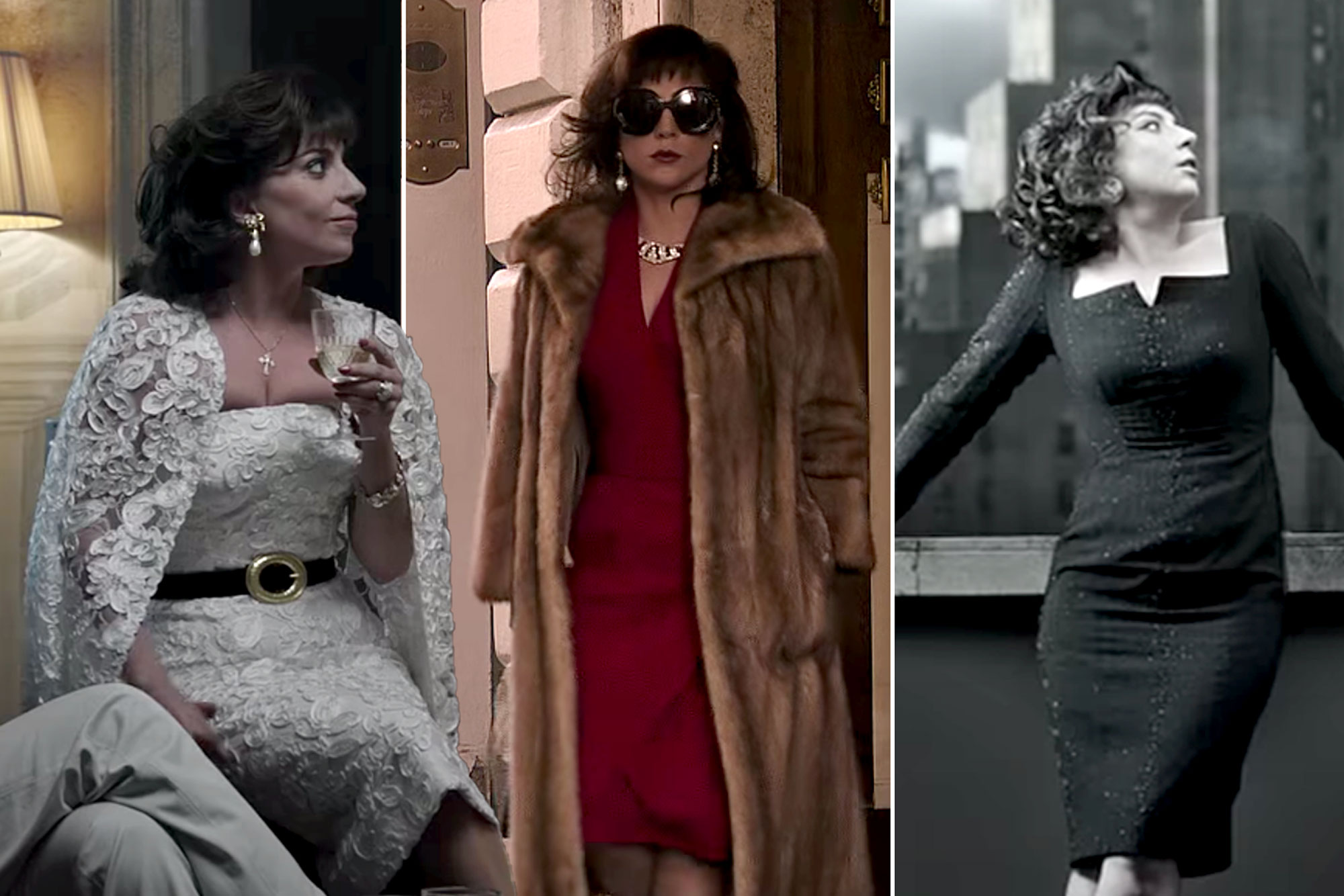 Fans are raving about Lady Gaga’s perfectly posh portrayal of Patrizia Reggiani in the new “House of Gucci” trailer, which premiered on Thursday.

Set in Italy in 1995, Ridley Scott’s film follows the fashion house’s founding family — including Maurizio Gucci (played by Adam Driver), whose shocking murder was orchestrated by his ex-wife, Reggiani (Gaga).

And since Gucci gave the production open access to its archives, the 35-year-old pop performer wears a wide variety of vintage treasures in the film.

Paparazzi captured some of these looks during filming earlier this year, including the long fur coat, red dress and giant sunglasses Gaga sports in the trailer’s opening scene.

We also get a close-up peek at the wedding dress and veil she wears to reenact Reggiani and Gucci’s 1973 nuptials, as well as two more bridal-worthy looks: a belted white lace midi dress and matching jacket, and a pearl-studded halter dress paired with a duo of diamond necklaces.

And the trailer provides a first look at several party pieces, including a disco-ready turquoise sequined number and a pink-and-black polka-dotted frock, both similarly accessorized with ample bling.

Perhaps in Reggiani’s mind, multiple necklaces were “synonymous with wealth, style and power,” just like the Gucci name?

Speaking of shoulder pads … did someone say “power suit?”

We even get a glimpse of Gaga’s character modeling for what appears to be a campaign for the luxury label, clad in a perfect long-sleeved LBD.

Al Pacino, Jeremy Irons, Salma Hayek and an unrecognizable Jared Leto also star in the crime drama, which is based on Sara Gay Forden’s book “The House of Gucci: A Sensational Story of Murder, Madness, Glamour, and Greed.”

“House of Gucci” will be released in theaters on Nov. 24 and available to stream on Paramount+.