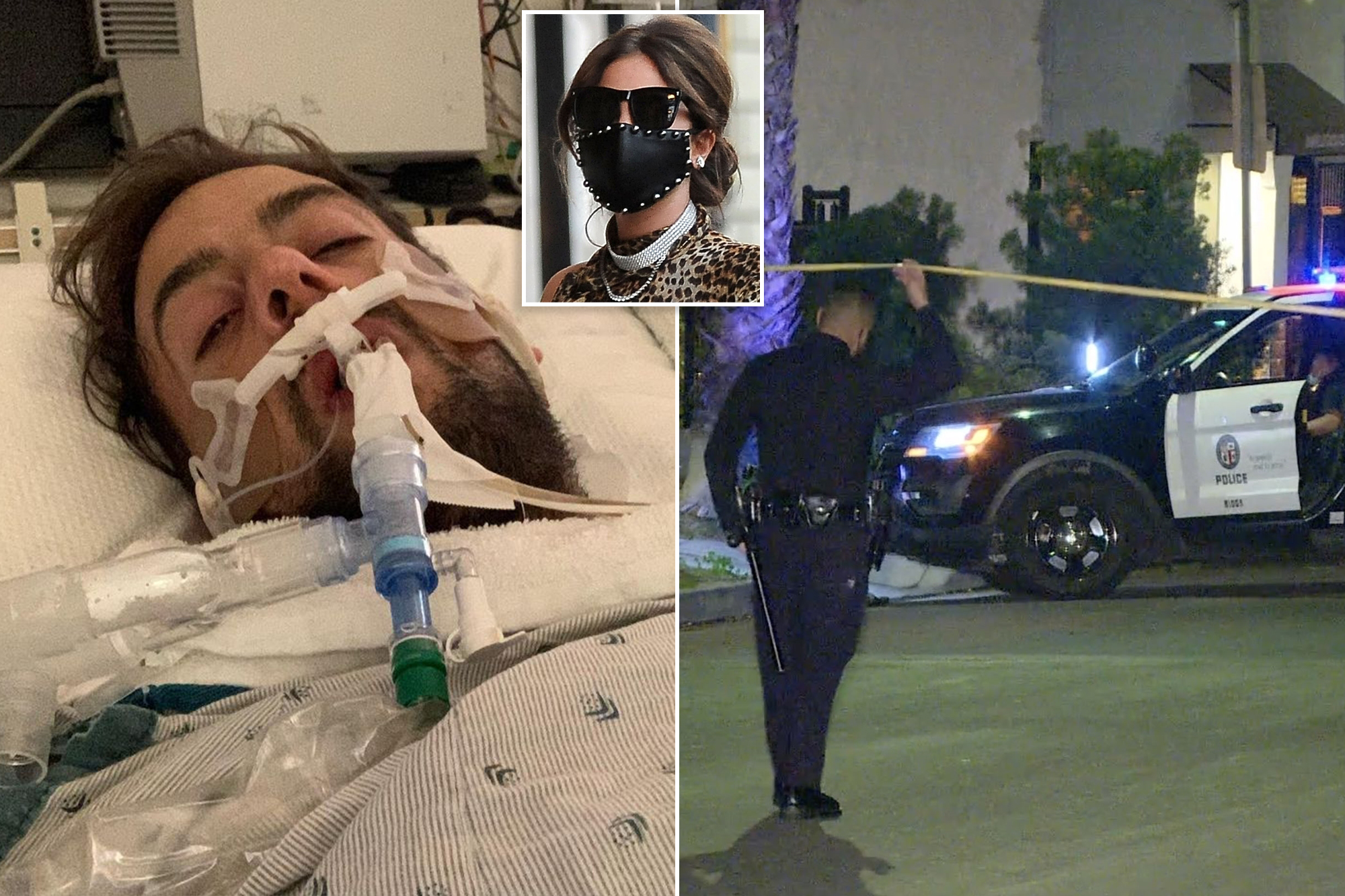 Lady Gaga’s dog walker, who was shot while out for a stroll with the star’s French bulldogs in Los Angeles, penned an emotional social media post Monday morning describing the ambush.

“4 days ago, while a car sped away and blood poured from my gun shot wound, an angel trotted over and laid next to me. My panicked screams calmed as I looked at her, even though it registered that the blood pooling around her tiny body was my own,” Ryan Fischer, 39, wrote on Instagram, referencing Gaga’s pooch, Miss Asia, who escaped the dognapping.

“I cradled Asia as best I could, thanked her for all the incredible adventures we’d been on together, apologized that I couldn’t defend her brothers, and then resolved that I would still try to save them… and myself. Hopeful that my calm(ish) and forceful pleas for the urgency of my care as well as the focused descriptions of the dogs would be enough to help me and get enough police and media attention to find the boys, I looked backed at my guardian angel. I smiled at her shaking form, thankful that at least she would be okay.”

Lady Gaga’s dog walker, Ryan Fischer apologized to her dog, Miss Asia for not being able to “defend her brothers.”Instagram

Fischer was shot last Wednesday night just before 10 pm while taking Gaga’s Frenchies, Gustav, Koji and Miss Asia, out for a stroll in West Hollywood. Two thugs ambushed him and tried to steal the pups. When Fischer put up a fight, they shot him in the chest, stole Gustav and Koji and sped off.

Over the weekend, a woman returned the two dogs but it’s still unclear if she was connected to the dognappers.

Fischer was briefly in the ICU but will make a full recovery.