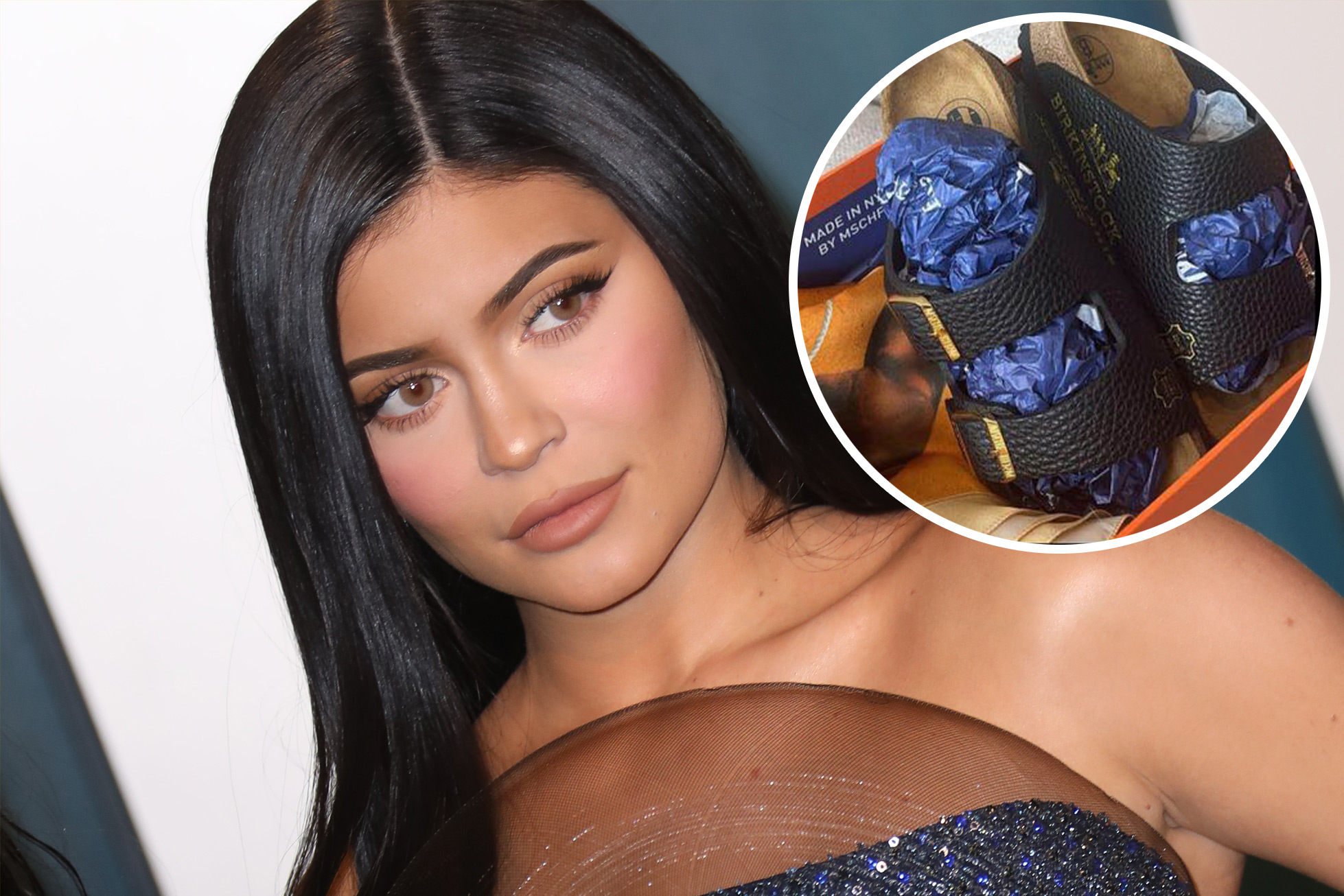 Kylie Jenner’s footwear is as famous as she is.

The makeup mogul, 23, got her hands on a pair of “Birkinstocks,” highly exclusive Birkenstock-style sandals made from destroyed Hermès Birkin bags.

Jenner revealed the black pebbled leather shoes in an Instagram Story on Monday, thanking MSCHF, the Brooklyn-based collective responsible for the viral design.

“Historically we make luxury objects out of inherently valuable materials,” the company recently told the Post.

“We can look to the Birkin bag itself as the new luxury raw material par excellence. Birkinstocks, though, are no collaboration; perhaps we might more properly call them a transubstantiation.”

The limited-edition sandals are available to purchase by request only, with prices ranging from $34,000 to $76,000, and come packaged in an Hermès-style orange box.

But even those willing to shell out aren’t guaranteed a pair; according to the New York Times, MSCHF only purchased four Birkin bags as raw material, and plans to produce just 10 pairs total.

Three, aside from Jenner, have already laid claim to their shoes: rapper Future, singer Kehlani and an unnamed art collector.

MSCHF is also behind the headline-making Nike Air Max 97 “Jesus Shoes” filled with holy water from the River Jordan and scented with frankincense that Drake managed to get his hands on in 2019.

And Jenner is no stranger to Birkins, which start at $40,000 and can cost as much as $500,000. She has tons of Hermès styles in her closet, including a $300,000 bedazzled brown croc bag and the rare Niloticus Crocodile Himalaya Birkin 30, often called the world’s priciest purse.