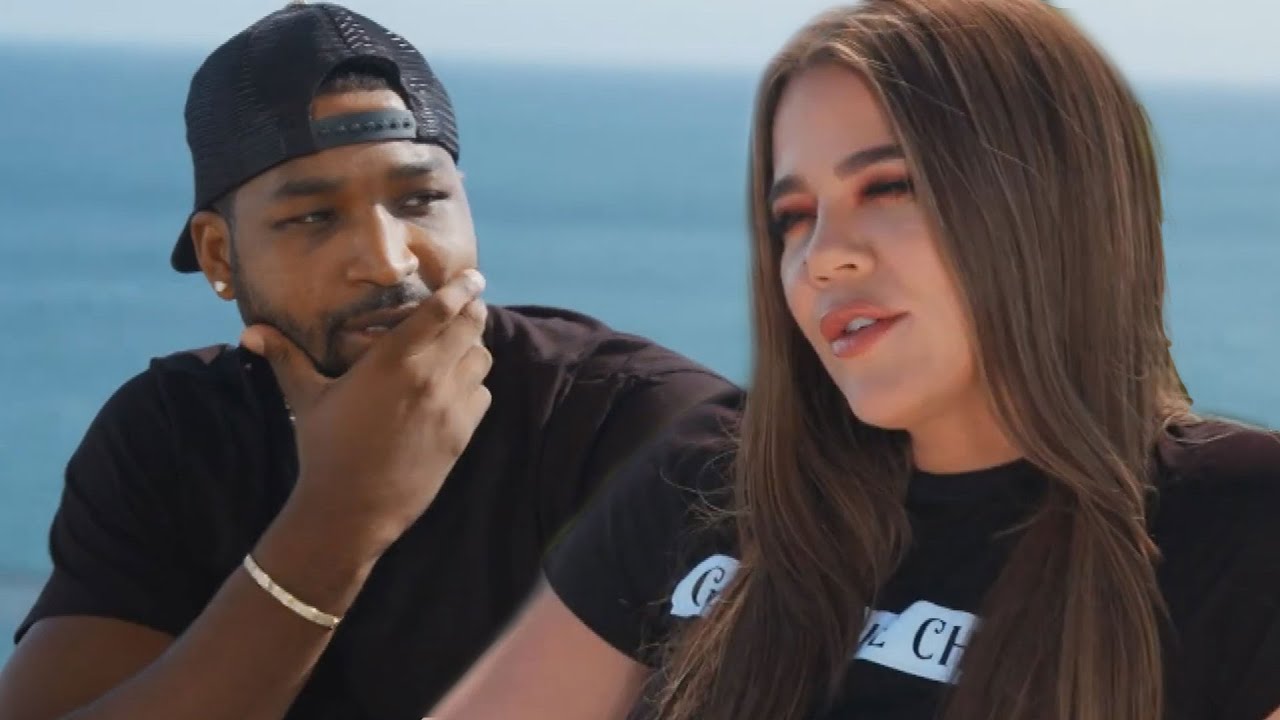 When the trailer for the last ever season of Keeping Up with the Kardashians dropped, fans learned that Khloe and Tristan might be planning on having another baby together soon! After all, in the video, Khloe can be seen telling her on and off beau that it’s time to give their daughter a sibling, although we don’t get to hear his opinion on this.
‘I just feel like it’s now time to have another kid,’ Khloe says in the trailer, the basketball player’s face unreadable.
RELATED: KUWK: Kylie Jenner Is Cool With Baby Daddy Travis Scott Taking Breaks And Playing Video Games!
But now, one source close to the huge reality TV family tells E! News that Tristan feels the exact same way now that they have rekindled their romance.
Apparently, Khloe and Tristan have been a couple once more for the past three months and ‘are on the same page and both want another baby.’
The insider explained that ‘Khloe knows the value of siblings and growing up in a house full of kids and she wants that for True. It’s something they have been working on for a while.’
RELATED: Rob Kardashian Claims One Victory In His Ongoing Lawsuit With Blac Chyna
At this point in time, it’s still not clear how soon the new baby will come into their lives but it will probably be further revealed on the show in its final season.
The source did share that ‘Tristan is very supportive of Khloe and making this happen. He goes with her to the doctor’s appointments and listens to her feelings. He’s very involved and invested in the future of their family together.’
This comes after some pregnancy speculations that last appeared back in November.
However, Khloe was quick to shut the rumors down, responding to a Twitter user, who seemed convinced she was with child, that: ‘Well my abs say otherwise babe.’
Aside from this, Khloe has actually been pretty open about her and Tristan’s co-parenting relationship.
She’s previously told Daily Pop, for instance, that things with the basketball player are going great when it comes to raising their daughter, True, together.
Do you think it’s a good idea for these two to have more kids together or not?
Advertisement