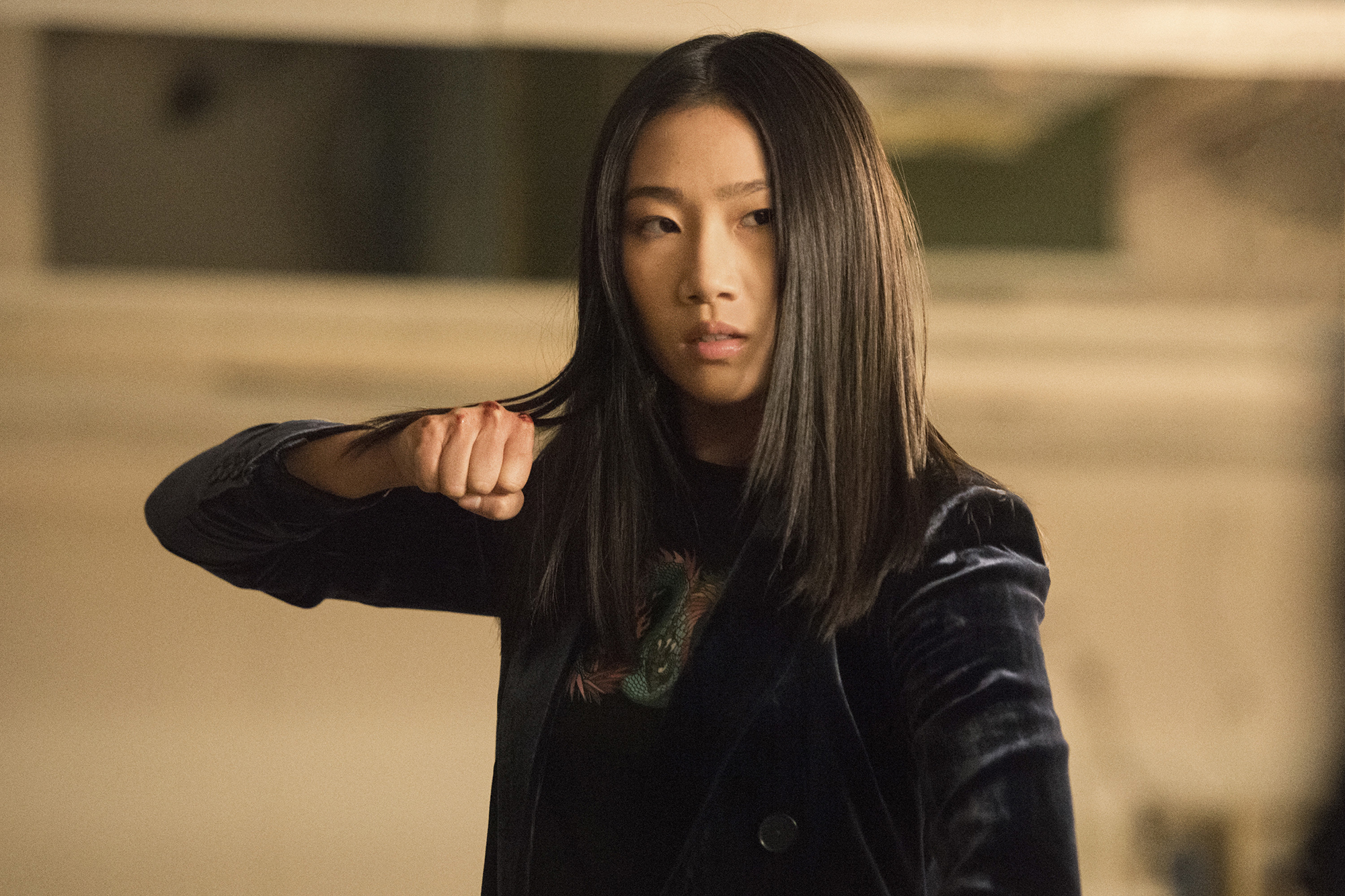 Olivia Liang said that she barely needed to act for her starring role in the CW’s new rendition of “Kung Fu.”

“After reading the pilot I was like, ‘Oh, OK, so Nicky is just me!’” Liang, 27, told The Post. “Our incredible showrunner and creator Christina Kim infused so much heart and nuance and specific experience into the script —  it was the first time I had read something and I was like, ‘Yes, I get it.’”

Premiering Wednesday (April 7) at 8 p.m., “Kung Fu”  follows Nicky Shen, a Chinese-American woman who drops out of college and goes on an adventure to China, learning martial arts skills at a monastery. After her mentor is murdered, she returns home to San Francisco — only to find it overrun with crime and corruption that requires her newfound abilities.

“My life experience gave me what I needed to play Nicky, because it was just so spot on and so specific,” said Liang, who has also appeared on The CW’s “Legacies.”

“Nicky’s mom is kind of a tiger mom who is easing up a bit, and that’s exactly what I had growing up. I’m also an older sister and Nicky has a younger brother in the show. The things that she goes through were just so relatable to me.”

However, there were a few aspects of Nicky’s life that were new to Liang.

“My experience with martial arts before this was simply driving my sister to her Taekwondo classes,” she said. “So I did have to learn it for the show, but it’s been really fun and rewarding and hard. It’s a really beautiful sport and art. If you add up everything, I’m probably doing about 65 to 70 percent of the stunts. Anything super-cool is my amazing stunt double, Megan Hui. I’m trying to do as many of the stunts as I can because it’s really important to me that I’m able to do the martial arts of it all.”

“Kung Fu” originated as a 1972 series starring David Carradine as a monk and martial arts expert traveling through the American West. (It also spawned a syndicated sequel series, “Kung Fu: The Legend Continues,” which aired from 1993-1997 with Carradine again starring.)

“That show was a little before my time, but my uncle and my mom growing up would watch it,” said Liang. “So it was very surreal to them when I got this part. I’m just really happy that we get to re-imagine it — and maybe do it the way that it should have been done, with Asian people at the forefront.”

Liang said that a version of “Kung Fu” starring a mostly Asian cast resonates during a year when hate crimes against Asian-American people have been on the rise.

“It’s really hitting in a different way since we’re premiering this show in April 2021,” she said. “We knew that the show was going to be important — but we never could have planned how poignant it is for this time and what’s going on in the world today.

“For the promos that have come out, we shot the scene of [co-star Tzi Ma] lying on the ground, beaten, months ago, before the media really started to shed light on anti-Asian hate crimes. Seeing that image is so chilling in light of what’s going on today. Our show just is really necessary right now, to humanize the Asia- Americans in the world.”