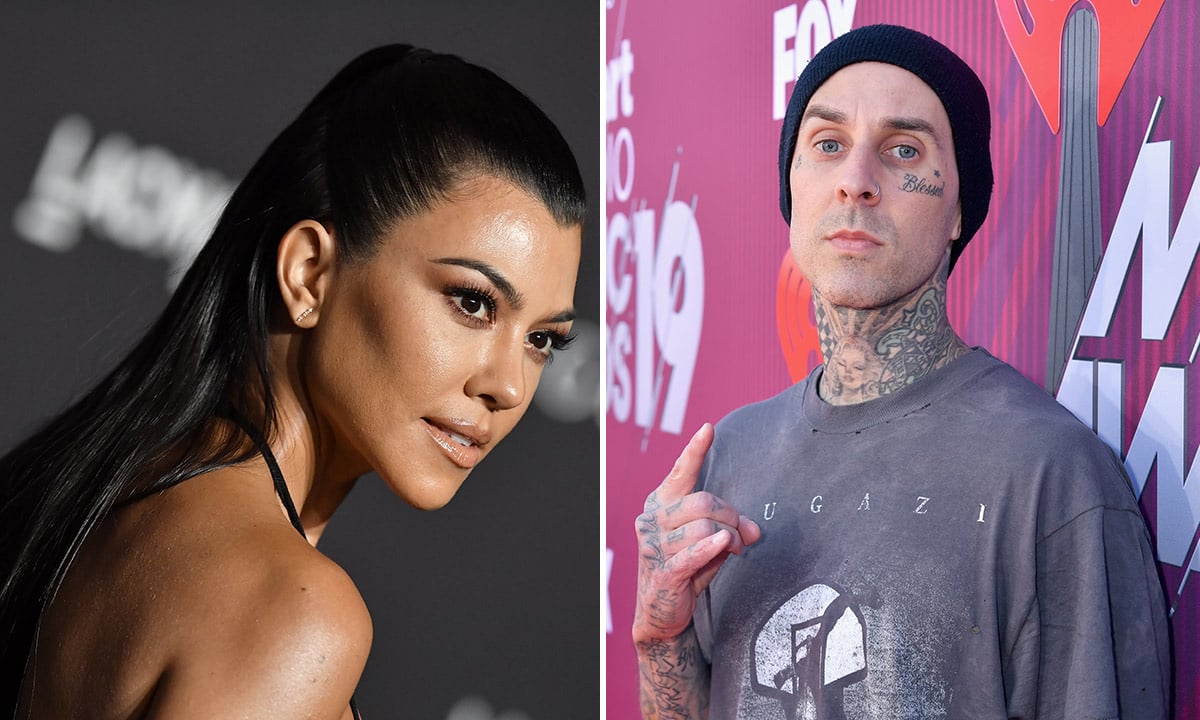 Kourtney Kardashian and Travis Baker have started to spark dating rumours a while ago and they seem to be continuing in the same note.
Check out the latest post that The Shade Room shared and see these two together!
Not too long ago, these two were seen holding hands at the restaurant.

Someone said: ‘Travis has been invited to every bbq over the last 2 decades …. just in case gen z ain’t know,’ and another followewr posted this: ‘the only sister who doesn’t date black men.’
One other commenter posted this message: ‘One thing Kourtney is going to do is stick with a white men,’ and another follower said: ‘That’s the best clip y’all got of him? Dude is drumming legend. 😂’
Someone else posted this: ‘Kourtney babe what are you doing 😭’ and another follower said: ‘Travis The GOAT 🐐…..let me put on some old Blink 182.’
A follower said: ‘You betta Kourtney. I don’t think Travis is going to deal with them kids though. He looks like he fights kids.’
One other commenter posted: ‘I actually love this for her. Trav is dope & they’ve been friends for a while,’ and another follower said: ‘I think they would do just fine, she’s natural she hasn’t changed anything about herself, takes care of her mind and body fire style he is the same way he is himself and I think they’ll introduce each other to something they been missing I’m here for it.’
Kourtney Kardashian and Travis Barker‘s romance is ‘heating up.’ Apparently, the KUWTK star reportedly likes her new man a lot!
That’s right! The source told HollywoodLife that Kourt and Travis’ romance is going really well, although they are still keeping everything private.
Stay tuned for more news about these two. Kourtney is definitely living her best life thee days.
Advertisement

RELATED: Kim Kardashian Opens Up About Her Feud With Kourtney, Says ‘It Gets Worse Before It Gets Better’