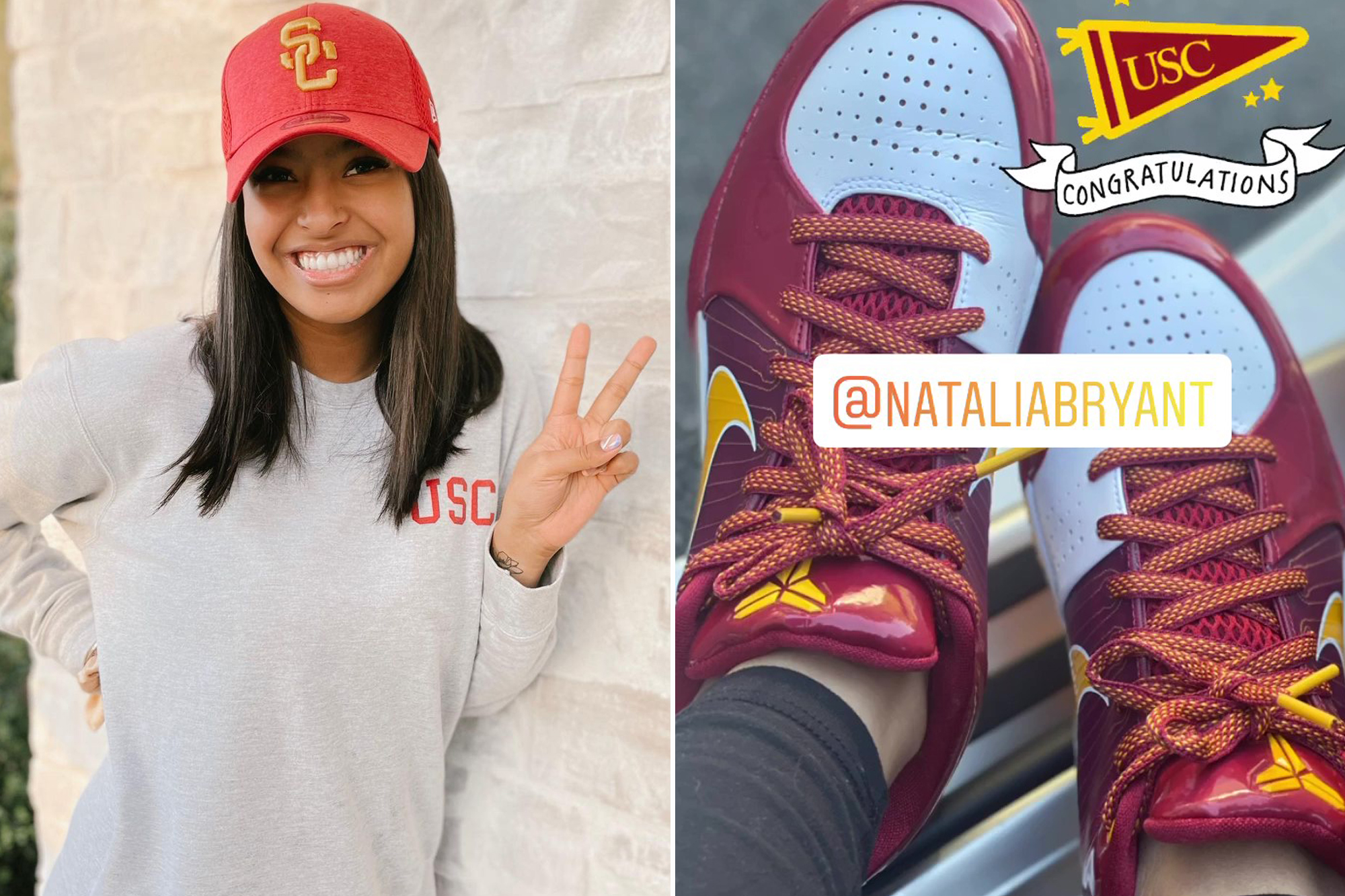 It looks like Kobe Bryant’s daughter is going to become a Trojan.

Natalia Bryant was accepted into the University of Southern California on Tuesday to the excitement and delight of her closest family and friends. Vanessa Bryant shared emotional footage of the moment Natalia found out she got into the LA-based university and expressed her pride and joy in her oldest daughter.

“Tears of joy. I’m SO happy for you Nani! I know daddy is so PROUD OF YOU. I am so PROUD OF YOU!! Your hard work and dedication was so worth it,” Vanessa captioned the video.

“You pushed through the most excruciating pain imaginable and you succeeded. I wish Daddy and Gigi were physically here to celebrate but I know they’re here in spirit. We love you so much! #USC #Trojan #FightOn“

Ahead of the momentous occasion, Vanessa had cardinal and gold balloons inflated for her 18-year-old daughter as well as plenty of merch from the school, which she joked she would’ve gotten rid of had Natalia not been accepted.

“Congratulations Nani Banani!!!!!! If you wouldn’t have been accepted I would’ve had to have stabbed these balloons in the guest room and have thrown all this away. 😩😩Thank goodness you got in 😃❤️🤞🏽” Vanessa joked.

Kobe’s widow also gifted Natalia custom USC Black Mamba Nike sneakers so she’d her late father would be with her “every step of the way.”

Vanessa and Kobe Bryant’s daughter Natalia is going to USC.Instagram

“I had these shoes made for @nataliabryant in hopes she’d get in to her top school,” Vanessa, 38, wrote. “Daddy and Gigi are ALWAYS here. Forever and always Principessa. ❤️#USC #TROJAN ✌🏽#FIGHTON“

Natalia, who also has been accepted into Loyola Marymount and University of Oregon, later confirmed she would be headed to USC in the fall.

“See You Soon @uscedu !❤️💛” she captioned a photo of herself wearing a USC baseball hat and shirt. “Fight On✌🏽”

Vanessa and Kobe wed in 2001 and shared daughters Natalia, Gianna, Bianka, and Capri. The Lakers legend and 13-year-old daughter Gianna were among nine tragically killed in a California helicopter crash in January 2020. Kobe was 41 years old.