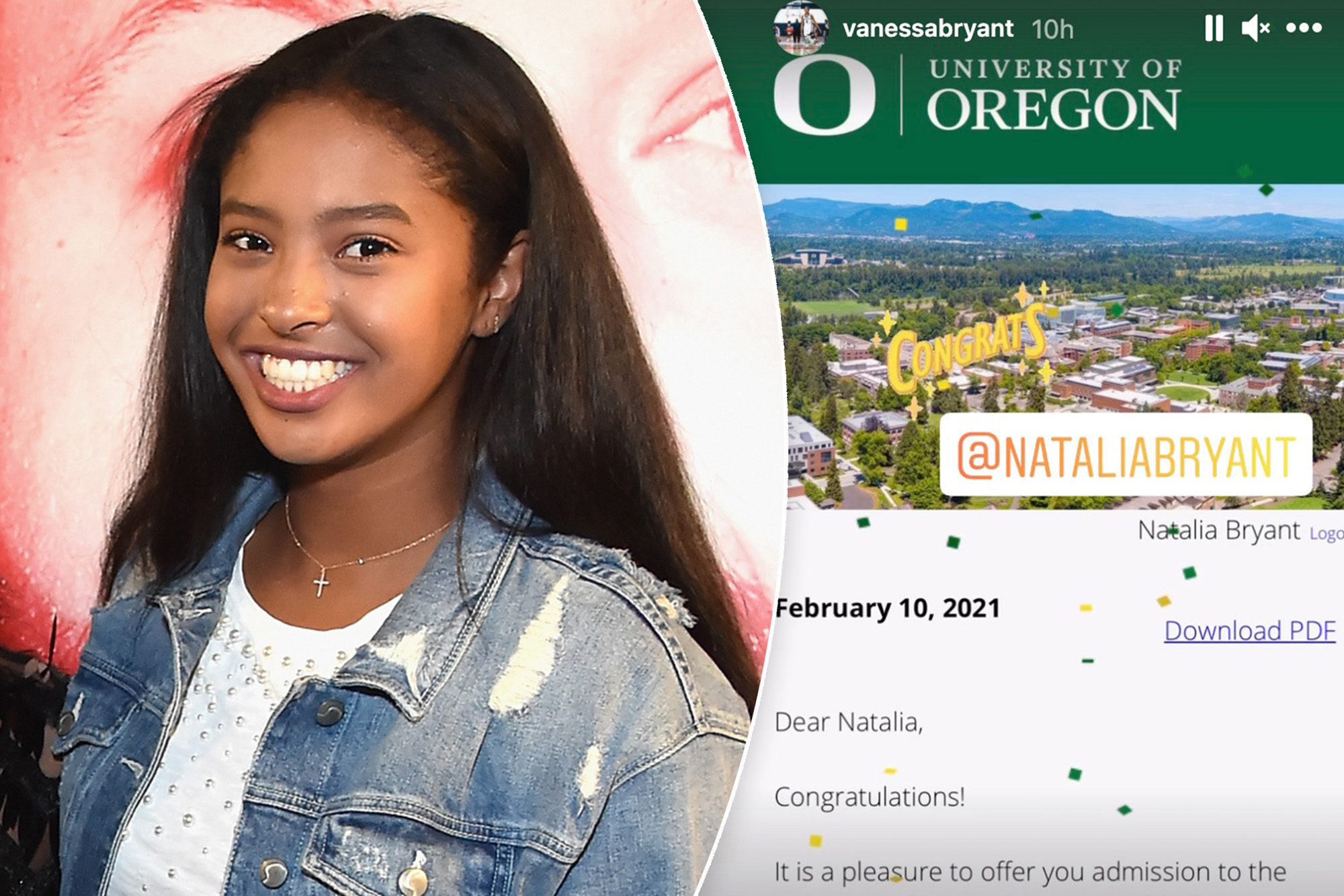 Could Natalia Bryant be headed to Oregon?

On Wednesday, Vanessa Bryant revealed her eldest daughter with the late Kobe Bryant, Natalia, had been accepted into the University of Oregon.

“Congrats @nataliabryant,” Vanessa, 38, posted to her Instagram story, sharing a snippet of her 18-year-old’s acceptance letter.

Natalia, who recently signed with IMG Models, recently sported gear from the University of Southern California and New York University, which was revealed in January to be one of her top schools.

“NYU is one of her top schools,” Vanessa shared at the time.

“I will do my best to keep her in Cali just like I kept her daddy here,” she continued.

Vanessa and Kobe wed in 2001 and shared daughters Natalia, Gianna, Bianka, and Capri.

Kobe and 13-year-old daughter Gianna were among nine tragically killed in a California helicopter crash last January. The Lakers legend was 41 years old.