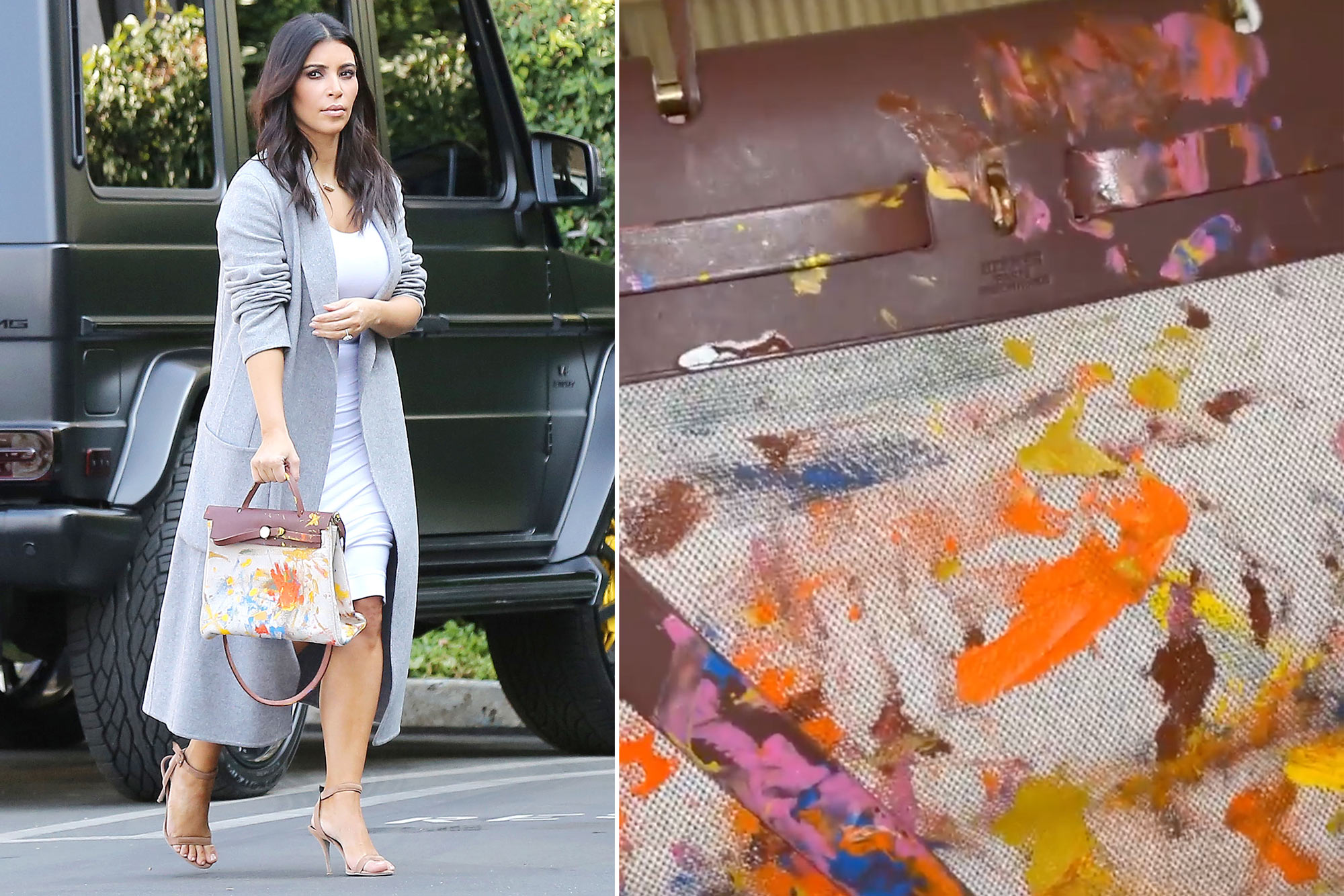 North West was an artist from day one.

On the heels of the 7-year-old’s painting saga, Kim Kardashian reminded everyone her oldest daughter has been creating for years by showing off the hand-painted Hermès Herbag commissioned by estranged husband Kanye West.

“I had thought it was this new artist who had painted this purse [but] it was my daughter. It was amazing,” Kim told Us Weekly at the time.

In her Instagram Story, 40-year-old Kim flaunted the “masterpiece” created by her daughter.

“I just wanted to look at this masterpiece, guys,” the E! reality star narrated. “This bag North painted for me when she was not even 1 years [sic] old. What a beautiful masterpiece. I knew she would be such a great artist.”

North made headlines on Tuesday after her mom showed off an expert-style painting allegedly created by North. The internet expressed its skepticism, which prompted Kim and her best friend, Tracy Romulus, to speak out on the matter.

The daughter of North’s art teacher also came forward to defend the kids and prove the painting was legitimate.