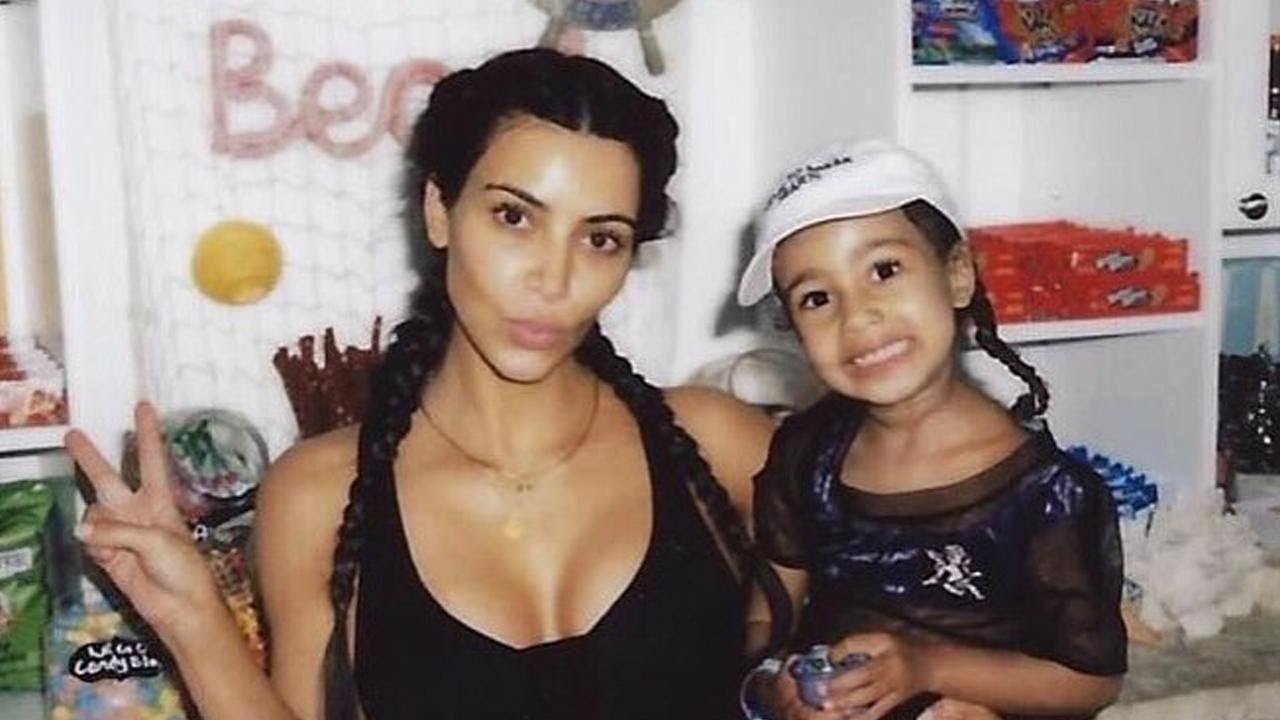 Amid speculation that North West wasn’t responsible for a painting that Kim Kardashian shared on her social media, Kim took to Instagram to show off a purse that the young artist painting for her mom years ago. It seems that she was hoping to shut down haters even more so with this post.
Kardashian flaunted the Hermes bag that her oldest child decorated for her. It definitely looked like a professionally done piece of art.
RELATED: KUWK: Kourtney Kardashian Mistaken For ‘Mrs. West’ By Fan – Check Out Her Clap Back!
Kim explained that when the bag was given to her, she thought that it was a product of a designer. It ended up just being North’s talented work that she completed when she was only a year old.
This comes after people slammed her for claiming that the 7-year-old was the owner of an exceptionally beautiful oil painting.
From people on Twitter calling her a liar to the media writing dissertations on whether a child her age would be capable to create such a piece was too much for the proud mom to stay quiet about.
RELATED: Kanye West At His Competitors’ Throat In Trademark Battle To Own The “Yeezy” Name
‘My daughter and her best friend have been taking a serious oil painting class where their talents and creativity are being encouraged and nurtured. North worked incredibly hard on her painting which took several weeks to complete. As a proud mom, I wanted to share her work with everyone.’
She went on to slam the speculation.
‘I’m seeing op-ed pieces in the media and social media from grown adults breaking down whether or not my child actually painted this. How dare you see children doing awesome things and then try to accuse them of NOT being awesome?! Please stop embarrassing yourselves with the negativity and allow every child to be GREAT!!!’
Kim’s explanation checks out. Her longtime friend Tracey Romulus has a daughter who’s in the same art class as North and her daughter painted an identical piece.
Realistically, it shouldn’t have been hard to believe that the daughter of Kanye West (an artistic genius) could be so talented at a young age.
Advertisement