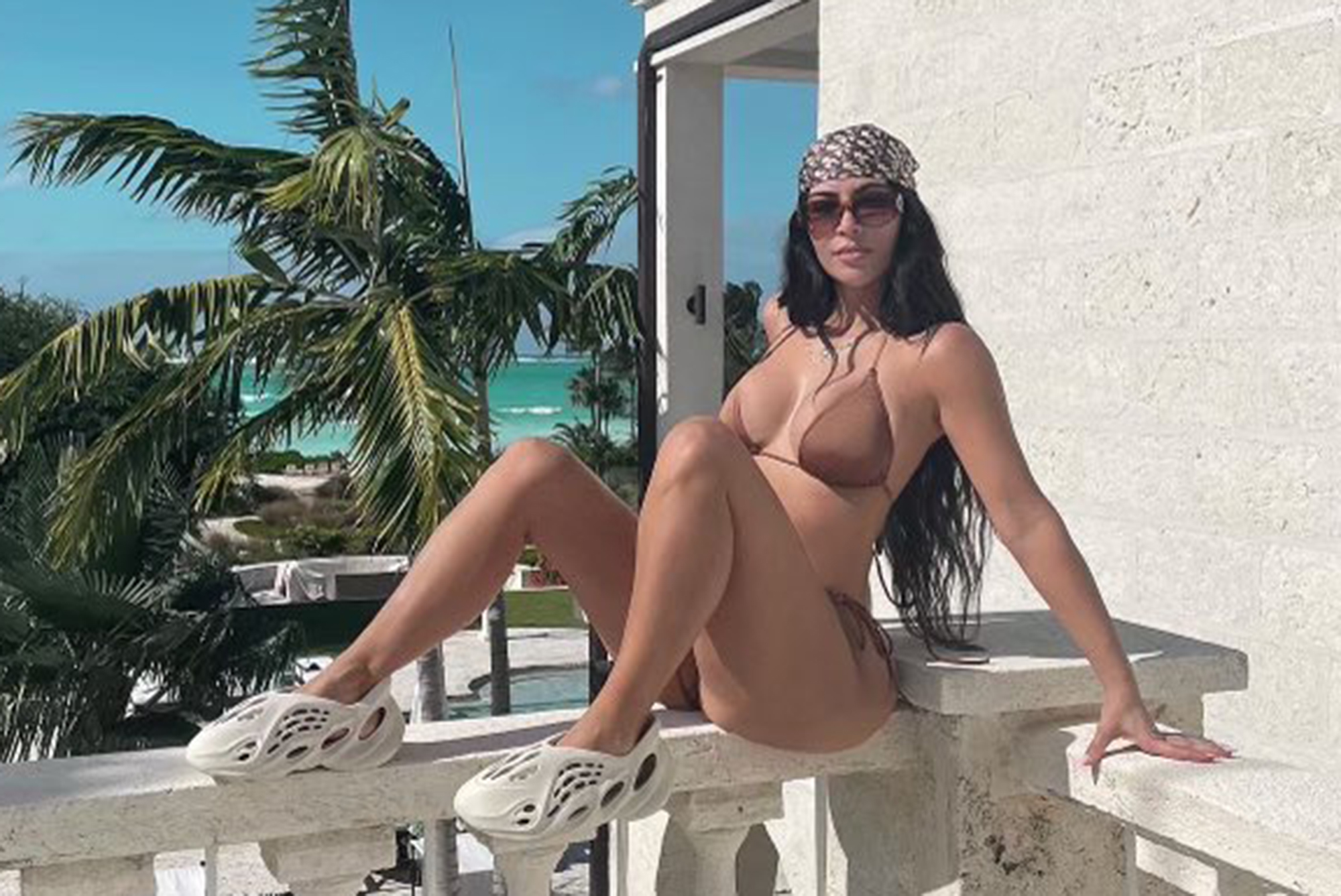 If the shoe fits …

In a series of Instagram photos on Sunday, Kardashian, 40, posed beachside in a brown string bikini and Yeezy’s polarizing Foam Runners — aka “Yeezy Crocs.”

Some followers seemed focused on Kim’s puzzling footwear choice, with one commenting, “Am I the only one wondering if they’re back together bc of the yeezy’s??” and a second adding, “Give my boy all his sneakers back !!!”

“Kim sweetie, you’re getting divorced you don’t have to wear the ugly shoes anymore,” a third tweeted.

Made partly from harvested algae, the futuristic foam footwear originally retailed for $75, but pairs are currently reselling for between $700 and $1,000 on StockX.

Amid her split from West, 43, Kardashian has continued to keep fans guessing by both wearing and removing her wedding ring for social media posts and appearances.

Perhaps her style choices will all be explained soon, as Page Six exclusively learned that the pair’s marital problems will play out on the final season of “Keeping Up with the Kardashians.”