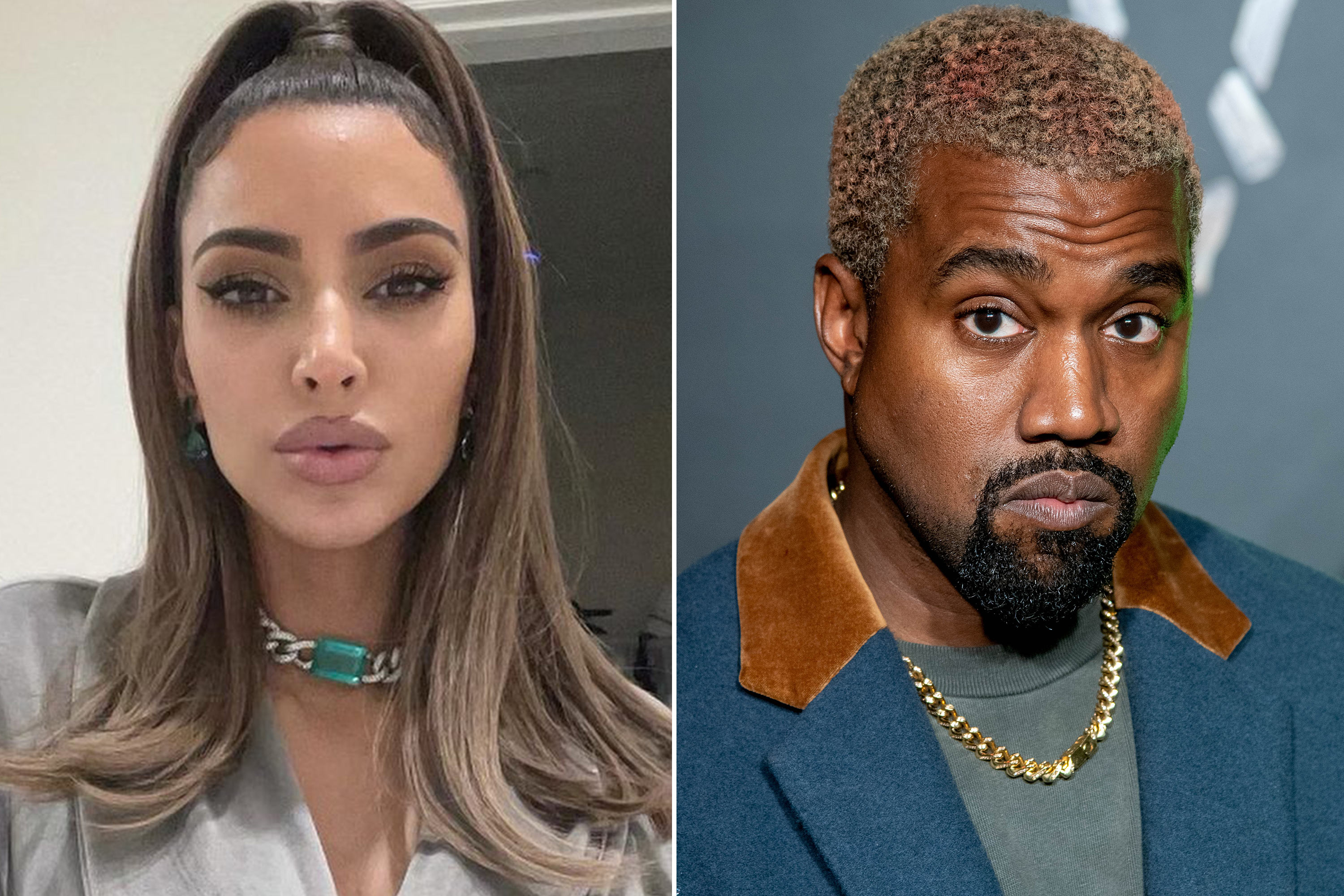 Kim Kardashian is playing the blues after filing for divorce from Kanye West.

The Skims founder seemed to be getting some music therapy Monday, as she posted a clip from the most emotional breakup song on the charts to her Instagram Story.

The video appeared to show Kardashian in the car passing the Palm Springs windmills as Olivia Rodrigo’s No. 1 hit song “Driver’s License” played in the background. Fans began speculating that Kardashian, 40, was turning to the tune to get over her split from the rap legend.

The portion of the song Kardashian shared to her post included the following lyrics:

“And all my friends are tiredOf hearing how much I miss you, butI kinda feel sorry for them‘Cause they’ll never know you the way that I do, yeahToday I drove through the suburbsAnd pictured I was driving home to youAnd I know we weren’t perfectBut I’ve never felt this way for no one, ohAnd I just can’t imagine how you could be so okay, now that I’m goneI guess you didn’t mean what you wrote in that song about me‘Cause you said forever, now I drive alone past your street”Olivia Rodrigo

Fans were quick to point out that Kardashian could have been sending a message to the public about her heartbreak over her breakup from Kanye.

“kim k listening to drivers license. she really is going through that divorce…,” one person tweeted.

Another added, “KIM KARDASHIAN LISTENING TO DRIVERS LICENSE BY OLIVIA RODRIGO. DAMN THE HEARTBREAK MUST BE HITTING HARD.”

Some expressed how much they understood what Kardashian was going through.

“@KimKardashian putting Drivers license on the background of her story is one of thee most humanizing relatable things she’s done as of recent,” a Twitter user said.

“The only thing I’ll ever have in common with @KimKardashian is we are both blasting drivers license because #broken lol,” a netizen tweeted.

But others were less sympathetic, pointing out that the reality TV star was the one who ultimately filed the paperwork to end things.

We exclusively revealed in January that they were headed for a split.

“Driver’s License” took Gen Z by storm in January after going viral on TikTok and other social media platforms.

The runaway hit, which is rumored to be about a real love triangle, quickly launched to the top of the music charts and was named the biggest song globally for the sixth week in a row on Monday, according to Billboard. The bop was such a success it even inspired a sketch on “Saturday Night Live.”