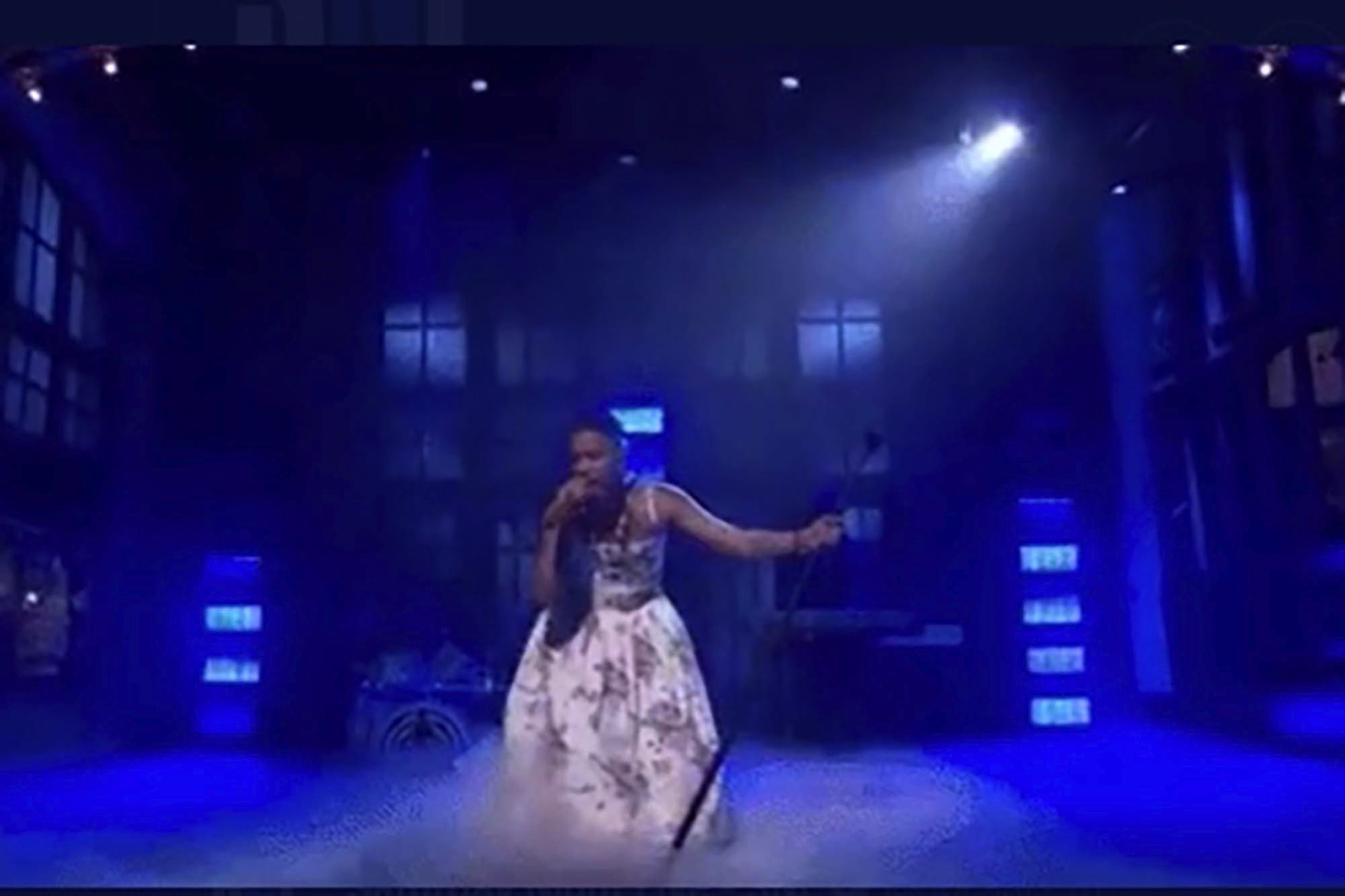 Kid Cudi gave a nod to Kurt Cobain — and made a stir on social media — with bold and touching wardrobe choices on this week’s “Saturday Night Live.”

The rapper, 37, rocked a maxi-length, spaghetti-strapped floral sundress at one point, and a rumpled green cardigan at another, while performing songs from his latest album on the NBC sketch show.

Each was a clear tribute to the late Nirvana frontman, who committed suicide at age 27 on April 5, 1994.

“Kid Cudi pulling the ultimate Kurt Cobain tribute on #SNL on the week of his death. @KidCudi all about love and suicide prevention and awareness!!!,” one fan tweeted.

The grunge legend famously wore a floral dress on the 1993 cover of now-defunct British magazine The Face a year before his death.

Cudi wore the tribute sweater for his first performance of the night, pairing it with a t-shirt that honored former SNL cast-member Seth Farley, who died in 1997 of a drug overdose at 33.

“Kid Cudi tapped nicely into our subconscious tonight, rockin’ a green mohair cardigan like Kurt. The Farley headshot tee was a nice touch, too. #SNL,” a viewer wrote on Twitter.