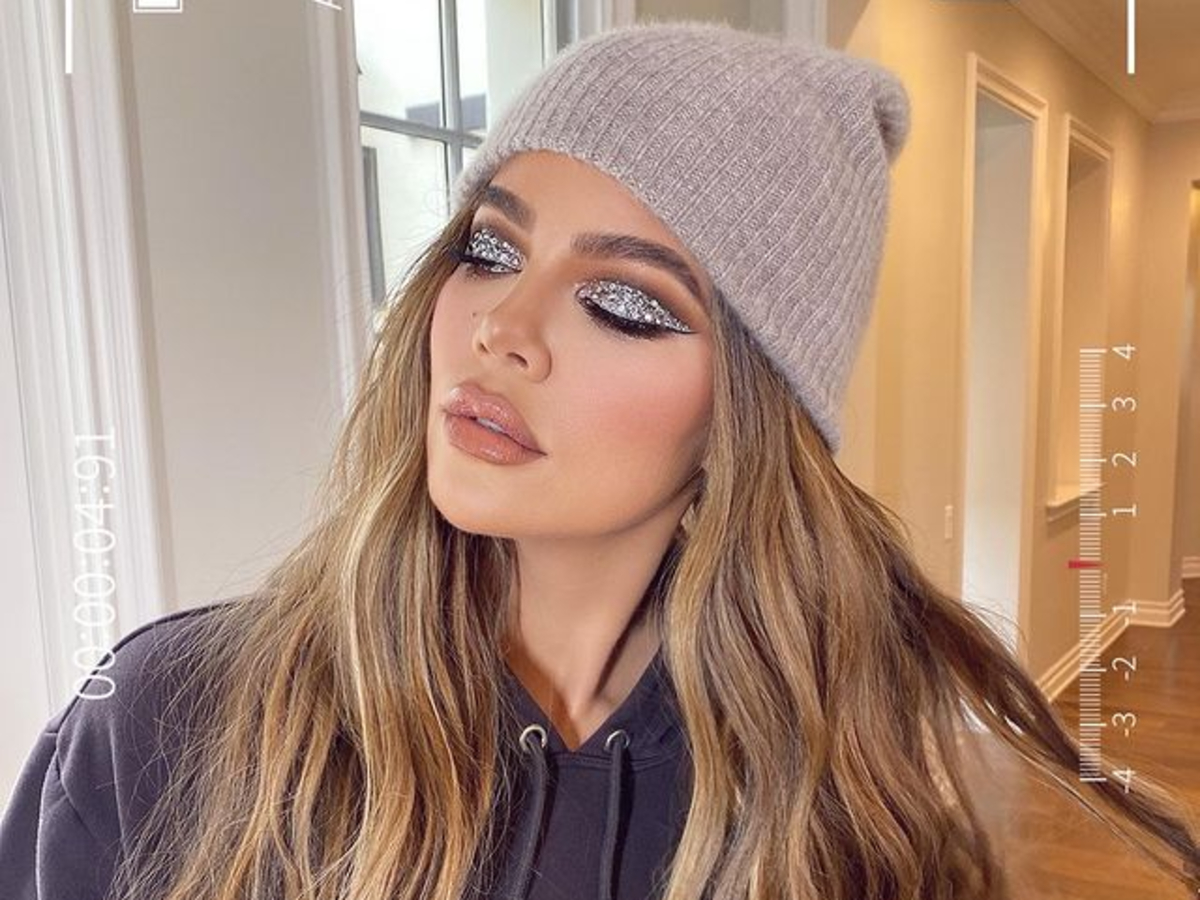 Khloe Kardashian has revealed her stretch marks for the first time to the public. She follows her older sister Kourtney Kardashian who has shown her own stretch marks multiple times on social media. Khloe showed off her flawless figure and proudly displayed her stretch marks that she referred to as ‘stripes.’ Khloe shared the post with her 128 million Instagram followers and included the following caption with a zebra emoji.

I love my stripes.
RELATED: Tristan Thompson Debuts New Look In Photo With Khloé Kardashian — Love Is In The Air

The picture featured a close-up view of Khloe’s flat stomach and the side of her thigh where her stretch marks were visible. She hashtagged Good American in the snap making it clear that she was wearing a bathing suit from her company.  Khloe took the photo while vacationing in the Turks & Caicos with her sisters and their children.
The sisters have been sharing photos from their exotic getaway and Khloe has shared several including the stretch mark photo that is going viral.
The photo has 3.7 million likes and over 18,000 comments.
RELATED: Khloe Kardashian Says Losing Their Father Was Devastating
Kim Kardashian shared this.

Multiple people left comments praising Khloe for her bravery and for normalizing women’s bodies.  One social media follower stated this.

NORMALIZE STRETCH MARKS AND UNBLEMISHED BODIES. Thanks for this Khloé 💚💚💚

Source: Khloe Kardashian/Instagram
Khloe has been making headlines for her relationship with baby daddy Tristan Thompson. Many people believe the couple is secretly engaged and are planning on having another baby. Tristan moved to Boston as he recently signed with the Boston Celtics. His relationship with Khloe is still going strong and the two are commuting between Boston and Los Angeles. They were together before Christmas but didn’t spend the New Year together.
It’s unclear what Tristan is planning to do for Khloe Kardashian on Valentine’s Day but many people suspect he will go all out this year.
Though neither Khloe nor Tristan has said anything publicly about the engagement rumors that are surrounding the pair, many believe it’s just a matter of time before the two take their relationship to the next level and walk down the aisle.
What do you think about Khloe Kardashian’s recent photos? Are you surprised that she showed off her stretch marks?
Advertisement