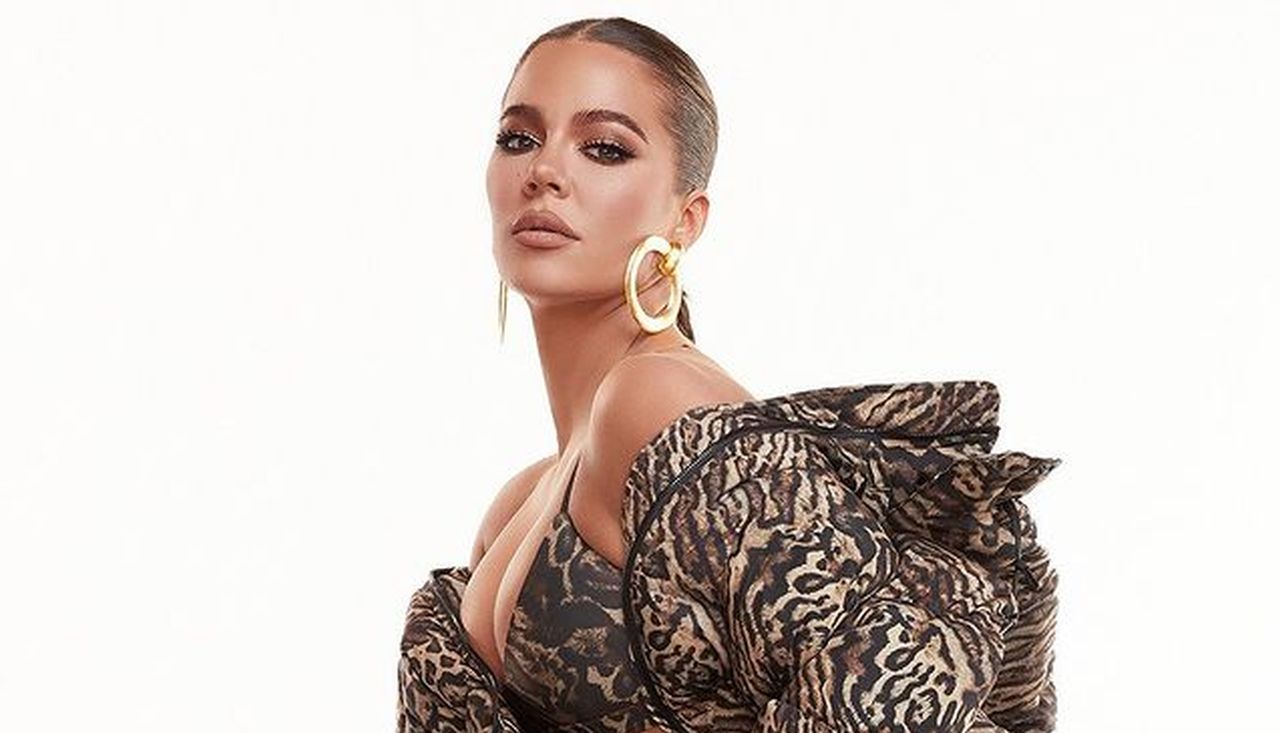 Khloe Kardashian responded to fans after some accused her of a freaky photoshop fail following photos she posted on her official Good American account. Khloe shared several photos where her hands, feet, and legs, looked unusually long and the pictures confused her fans who tried to understand why she posted them and what purpose they served. In one photo, her feet appeared so elongated, fans were guessing her shoe size to be about a 30! Some suggested she looked like Gumbo and many said her proportions were clearly off. One commenter responded by asking who approved the photoshop fail and asked Khloe why she would post the ‘freakish’ photos.
Khloe responded on Twitter and clarified that she loves the photos and sees nothing wrong with them. She attributed the elongated look of her hands, feet, and legs as part of a ‘stretching effect’ from the camera lens.
RELATED: Khloe Kardashian Helps Tristan Thompson Stage Perfect Photos With His Two Children But Other Baby Mama Jordan Craig Is Fuming
She left the following comment on Twitter in response to the wave of criticism, comments, and memes.

HA I’m cracking up! 4 few of those GA photos, we shot on a camera lens that creates a stretching effect.

You may see one photo that Khloe shared that used the stretching effect below. The campaign was for the new line of Good American footwear and the stretching effect ensured that Khloe’s feet were the most prominent aspect of the photo.
RELATED: Fans Find Real Reason Why Khloe Kardashian Always Covers Baby True’s Head — Tristan Thompson’s Daughter Still Looks Cute In The Pictures
Not everyone agrees that the marketing strategy is the best.

In the photo that you may see below, Khloe’s head, torso, and hips look extremely small, while the camera shot makes her hands, legs, and feet appear enormous. Some suggested that Khloe should crop her feet from the photo and make them her new profile picture!

Here is Khloe Kardashian’s response to some critics who thought the campaign and accompanying photos were weird and freakish.

I mean..LOL how could anyone believe this is the size of my feet?! 🤪 it’s The angle and the type of lens. And personally I think this camera lens is so fucking cool. It gives the photo a different vibe and not the same old visual I always see. Either way, I’m happy with them pic.twitter.com/DgAtu70l3W
— Khloé (@khloekardashian) February 24, 2021

It’s just the lens guys! LOL but some of these stories are really reaching 🤣🤣
— Khloé (@khloekardashian) February 24, 2021

What do you think about Khloe Kardashian’s recent photos? Do you like the stretching effect on the photos or do you agree with those who say it looks freaky and weird?
Charisse Van Horn is a freelance writer from Tampa Bay. She enjoys writing about celebrities, entertainment, crime, and fashion. The writer of this article will take legal action on those who reproduce or spin this article outside of Celebrity Insider.
Advertisement