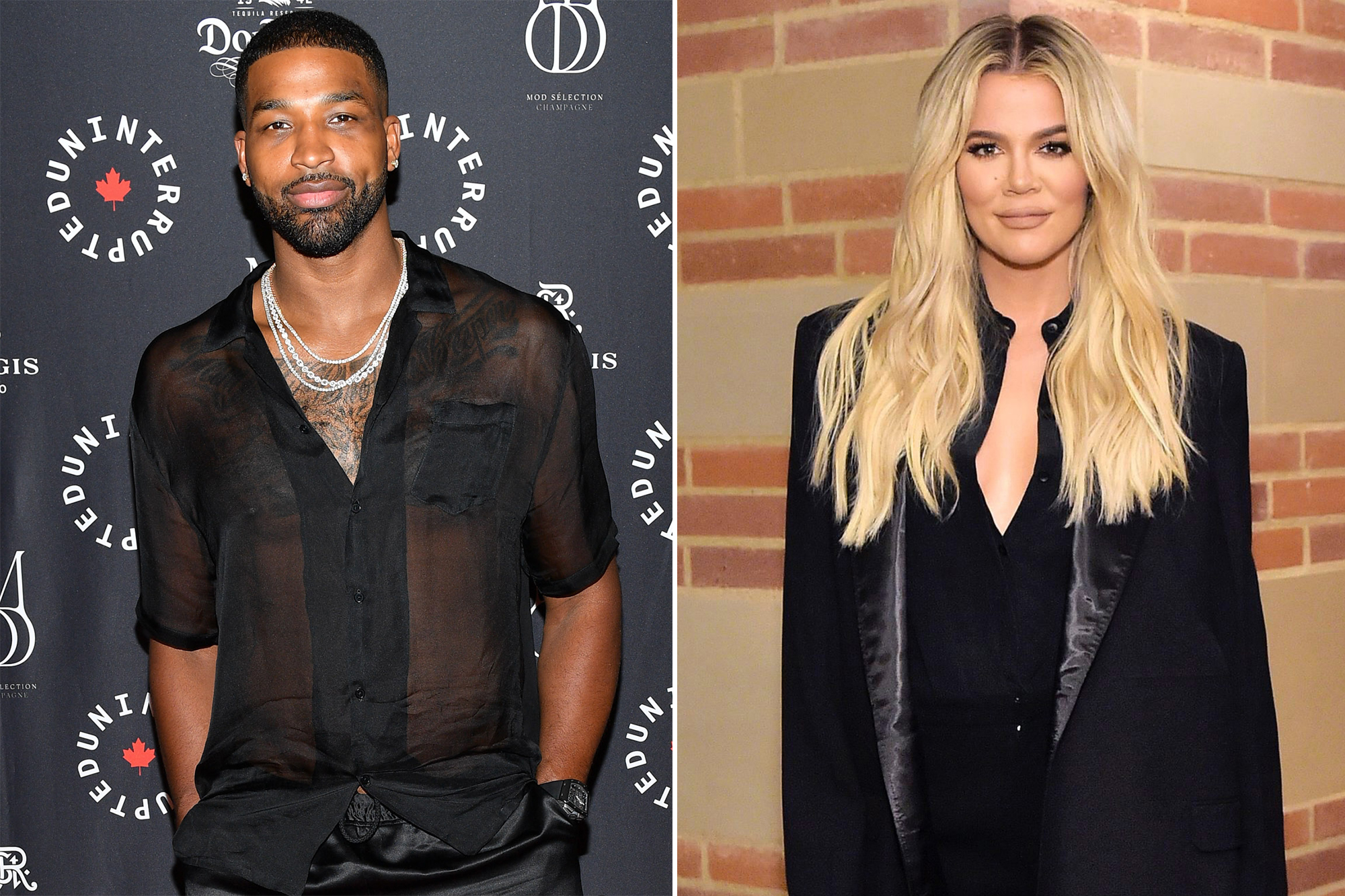 Bear in mind the date.

Khloé Kardashian posted a picture of her rainbow-hued manicure Thursday and, oh yes, her diamond ring the size of a Shetland pony, knowingly feeding the persistent rumors that she’s engaged to her on-again-off-again-on-again beau Tristan Thompson.

Capping off the worst day of the year for overworked celebrity gossip writers — ahem — Kardashian posted the cryptic snap with only a series of heart emojis for the caption and tagged only nail artist Chaun Legend.

However, astute Kardashian observers will remember — and if not, that’s what we’re here for — that Khloé has showcased the enormous sparkler before, using it to promote her Good American line of shoes in a typically subtle shot from February.

One astute comment on her post, which garnered hundreds of likes, read, “This ring has had more photoshoots than Vogue and no official announcement.”

Prior to that, Kardashian, 36, was photographed wearing the rock in December, sparking a frenzy of speculation that she and Thompson, 30, had gotten engaged.

“Three-stone rings represent past, present and future,” James Allen’s director of communications, Shannon Delaney-Ron, told Page Six at the time. “If this is an engagement ring, it’s a beautiful representation of their relationship and future together.”

Allen did not comment on the next time Kardashian displayed the ring, in February, when it was poised delicately on her derrière. A source proceeded to shoot down the engagement rumors, telling Page Six that the ring wasn’t even from Thompson.

NBA star Thompson infamously cheated on Kardashian the weekend before she gave birth to their daughter True in April 2018. They split in February 2019 after he allegedly got too close to KarJenner bosom buddy Jordyn Woods.

Last week, Khloé announced that she and Thompson were moving out of their Cleveland home, opining that she would miss its scenic view of Lake Erie. Thompson formerly played for the city’s Cavaliers but has since signed with the Boston Celtics; he and Kardashian were spotted in Massachusetts in December.