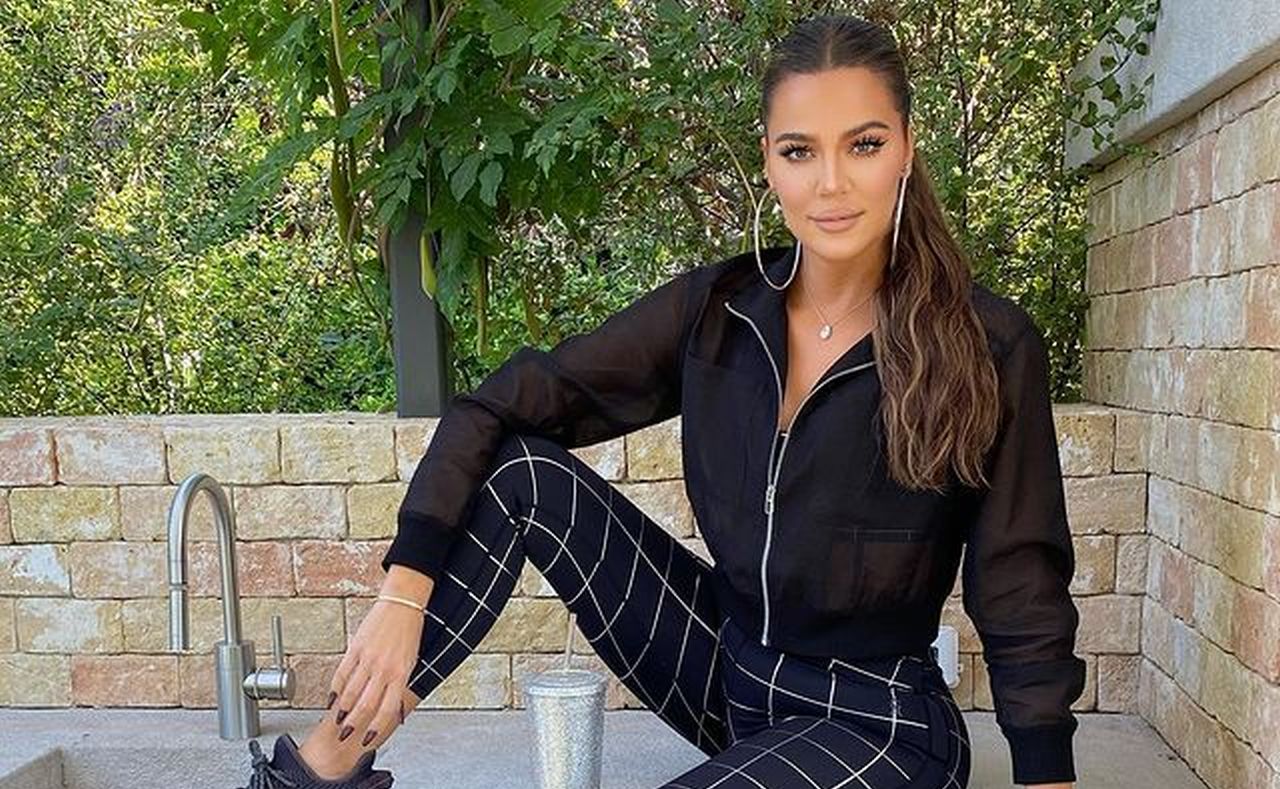 Khloe Kardashian has been busy this past week promoting her Good American footwear line. Now the 36-year-old mother of one is pulling double duty. Not only is she promoting her new shoes, but she’s also promoting big sister Kim Kardashian’s Skims tights! Khloe shared a photo on her official Instagram account where she reclined on an outdoor sofa and was photographed from the waist down. She dropped her pants for the photoshoot and chose to only wear the tights and booties. Khloe posed for the shot in a pair of Skims Mid Support Tights in the color onyx along with her Good American Icon Booties in the pale leopard pattern.
The tights are sheer and feature a control top for added smoothing. In Khloe’s photo, it is clear to see the demarcation line where the control top stops at the hip level and the tights descend. As Skims is an all-inclusive company, the tights aren’t just available in sizes ranging from petite to plus but for heights ranging from 4’11 to 6’3.
RELATED: KUWK: Kourtney Kardashian Loves That Scott Disick Is Jealous Of The Men Flirting With Her – Here’s Why!
The tights are made from polyamide and elastane, feature a fold-over waistband and the toe is practically invisible, making them suitable for open-toe shoes.
Khloe’s recent photos are getting plenty of attention as she continues to put her curvy figure on display. She recently showed off her backside while flaunting what appears to be a huge engagement ring,
Previous photos that she posted as part of her Good American shoes campaign went viral for the wrong reasons. Many people didn’t like the proportions of the photos that exaggerated the size of Khloe’s hands, feet, and legs.
RELATED: Stormi Webster Is Full Of Smiles In Adorable New Photos
Response to the photos of her legs has been good. The picture has received over 700,000 likes and is on the way to gaining one million likes.
You may see the photo that Khloe Kardashian shared featuring the Skims stockings and Good American booties below.
Source: Khloe Kardashian/Instagram
Are you a fan of the Good American brand? Have you purchased anything from Skims?
Charisse Van Horn is a freelance writer from Tampa Bay. She enjoys writing about celebrities, entertainment, crime, and fashion. The writer of this article will take legal action on those who reproduce or spin this article outside of Celebrity Insider.
Advertisement