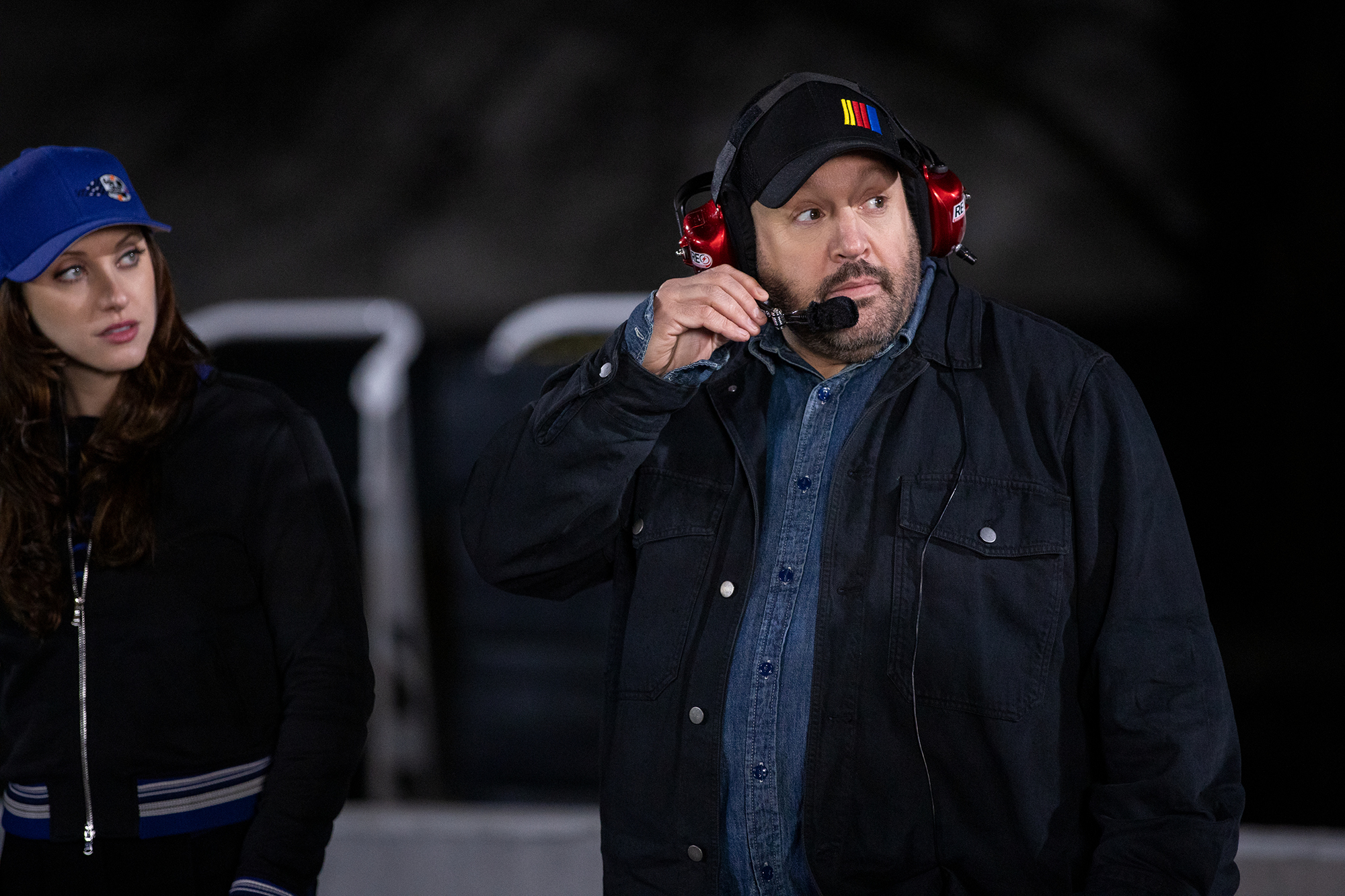 Kevin James said he wasn’t expecting to jump back into the sitcom waters after “Kevin Can Wait” finished its two-season run on CBS.

“I was kind of done for a little bit,” said James, 55. “I love the format of a sitcom. I really do. It gives that ‘classic comfort feel’ to me — but I’d done domestic comedy and I feel like people had seen me in the exact same thing,” he said, referring to “Kevin Can Wait” and his earlier CBS sitcom, “The King of Queens,” which ran for nine seasons (1998-2007).

But James was intrigued when approached by executive producer Todd Garner about starring in “The Crew” on Netflix — and realized that, while it’s a sitcom, there’s a big difference from his previous forays into the genre.

“It’s basically a workplace comedy,” he said about the new series, set in the world of NASCAR racing. He plays Kevin Gibson, the good-natured crew chief of a struggling NASCAR racing team that’s thrown into a tizzy when its owner, Bobby Spencer (Bruce McGill), retires — and brings in his Stanford-educated daughter, Catherine (Jillian Mueller), to run the operation.

Kevin James said he was intrigued when approached by EP Todd Garner about starring in “The Crew” on Netflix.
ERIC LIEBOWITZ/NETFLIX

“At first I was reluctant because I wasn’t too familiar with the [racing] world; it’s an exciting world but I didn’t know where the laughs would come from,” James said. “I didn’t know what it would be. I read the first script from [series creator] Jeff Lowell and it was fantastic. It made me laugh…and NASCAR was just the backdrop. They were excited about doing it with us because they’d never done a sitcom before.

“All the pieces lined up.”

James is working for the first time with his co-stars on “The Crew,” which, in addition to Mueller, include British actor Freddie Stroma as Jake, the team’s dimwitted star driver; Gary Anthony Williams as Chuck, its sarcastic chief mechanic; Sarah Stiles as tart-tongued officer manager Beth; and Dan Ahdoot as Amir, its sad-sack chief engineer.

“You can have all the elements of the show come together, from script to production to NASCAR to Netflix, but if there’s no [cast] chemistry it doesn’t matter,” James said. “It’s the one thing you can’t control. It’s either there, or not. I gotta tell you, man, it was so there on ‘The Crew.’ Shooting that first episode I felt like we were in Season 3 already. Jillian and Sarah come from Broadway, Gary Anthony Williams comes from improv and Dan Ahdoot is a standup who’s also on ‘Cobra Kai.’ We went to eclectic places and got great actors. Some of them have never done a sitcom before but they’re pros — they know the timing and how to work with it.”

“The Crew” filmed its first seven episodes in front of a studio audience before the industrywide shutdown last March; the last three were completed, once production restarted, sans studio audience and with COVID restrictions in place.

“At the end of the season we were planning to go to a lot of major [NASCAR] races and shoot live stuff with the massive crowds but that couldn’t be done,” James said. “We had use a green screen [to simulate that]; next season, provided we get one, we’re going to go to the races live and do all of that.”

James said that he’s done with networks sitcoms, at least for now.

“I think I am. I’ll never say never — because you don’t know how it will work out, but … at a network, there are so many cooks in the kitchen, from the studio to everybody’s got their underling and everybody has their own ideas of what’s going on and it could be their own interests, which changes the feel of the show.

“Netflix doesn’t do that,” he said. “It’s one entity and they let you do your own thing. They don’t interfere. It’s like, ‘Whatever you guys say.’ I feel like they’re really partners, and I never felt like that with a network series before.”