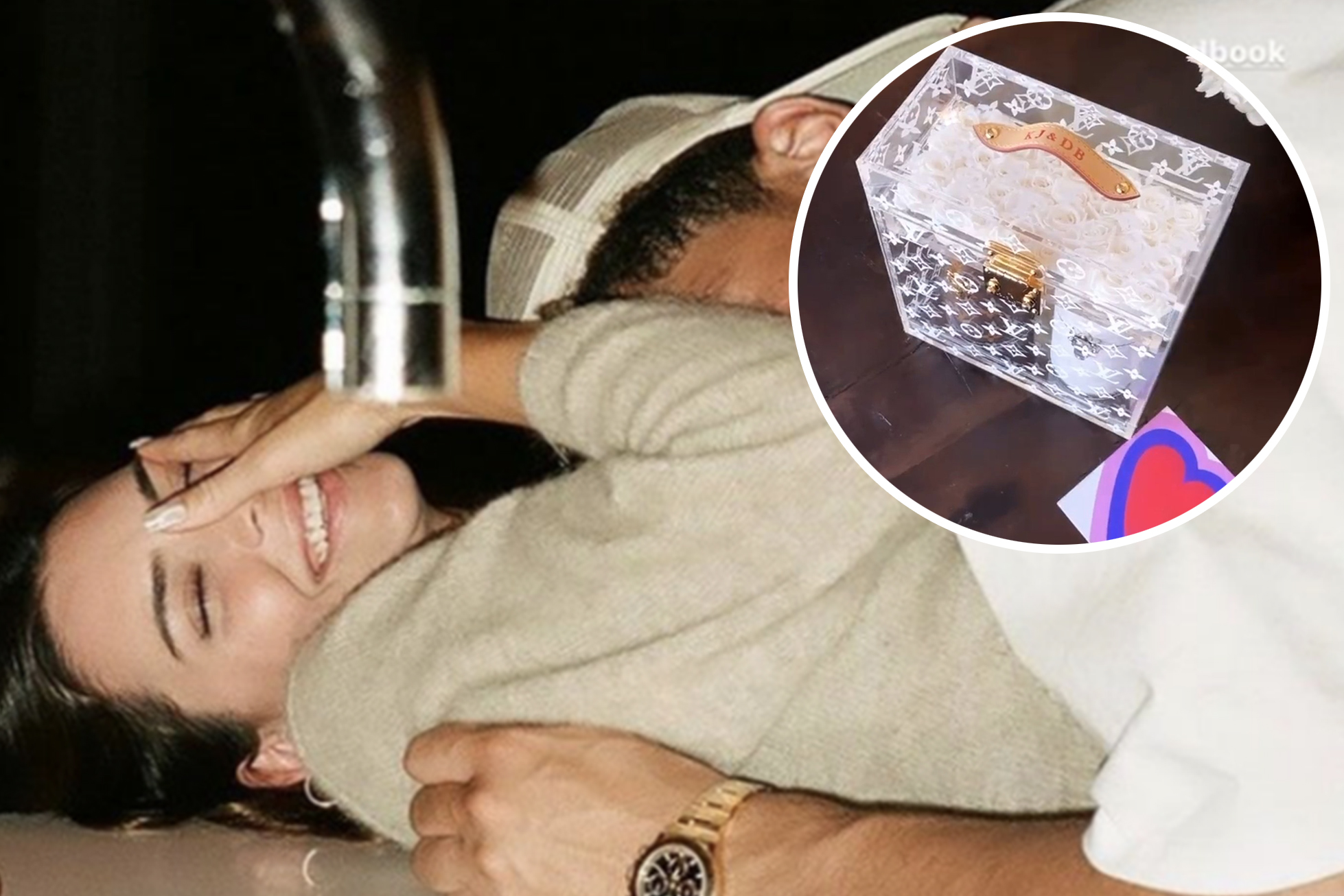 Jenner, who confirmed her relationship with Booker on Instagram on February 14, showed off the shipment on her Instagram Stories, which appears to have included an extra-large version of Vuitton’s “Cube Scott” box ($1,370) containing the brand’s Étoile Filante perfume ($265) for Jenner and its Météore scent ($265) for Booker.

Louis Vuitton even encased each fragrance in a logo-printed travel case — one in classic brown ($495), the other in white ($545) — bringing the total value of the gift to at least $3,000.

The couple’s initials were even engraved into the clear case’s handle: “KJ + DB.”

Jenner and Booker — who were first linked last spring and have since been spotted out together multiple times — aren’t the only famous pair who received the over-the-top delivery.

Vuitton ambassador Sophie Turner revealed on her Instagram Stories that she and husband Joe Jonas also unwrapped personalized perfumes from the brand.

Sophie Turner showed off the gift she and Joe Jonas received from Louis Vuitton on her Instagram Stories.Instagram