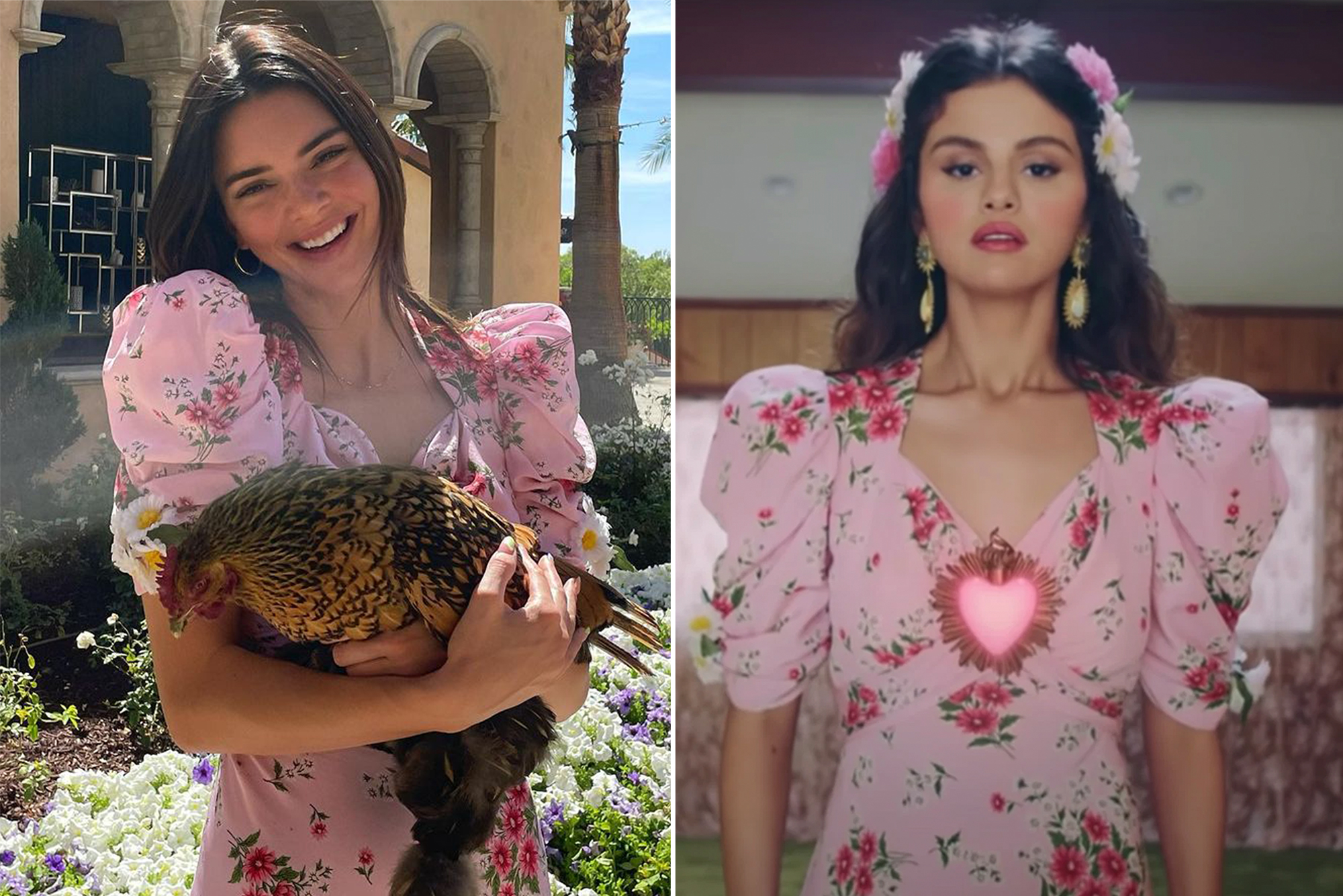 Kendall Jenner’s floral dress may have looked fresh as a daisy, but the designer style actually rose to fame earlier in the year thanks to Selena Gomez.

On Easter, the 25-year-old model posed with a chicken while sporting the same daisy-printed Rodarte dress ($2,645) Gomez wore for her “De Una Vez” music video in January.

In a series of snaps posted to her Instagram, Jenner accessorized the look with cowboy boots and Dmy by Dmy sunglasses ($170).

For her own take on the pink puff-sleeved style, the “Rare” singer gave a nod to Frida Kahlo with matching flowers in her hair and pinned a glowing sacred heart, known as the Milargo in Mexican culture, to the front of her dress.

The Spanish-language single’s video on YouTube was soon flooded with comments about Jenner, including, “Fun fact: you’re here coz’ Kendall wears the same dress as Selena.”

The catwalker’s followers were also quick to spot the match, with one writing “Inspired by the Queen @selenagomez,” and another adding, “That’s Sel’s dress.”

The A-listers might have more than floral fashion in common, as there were once dating rumors surrounding Jenner and Gomez’s famed ex Justin Bieber.

The Jenner sisters both attended the “Peaches” singer’s wedding to Hailey Baldwin in 2019, and Kendall and Kylie were both recently seen at his album release party.

Baldwin commented “My little Easter chicken lady,” on Kendall’s post, leading many fans to reply with Gomez-related comments like, “I bet you must have seen this dress before!!!”

It’s not the first time the pair have been linked to one another on social media, and Bieber, 27, slammed a fan who encouraged the “Rare” singer’s fans to bully Baldwin back in December.

It seems unlikely that Gomez, who dated Bieber on off for years before ending things in early 2018, will add her own comment to Jenner’s post as the two don’t currently follow each other on Instagram.