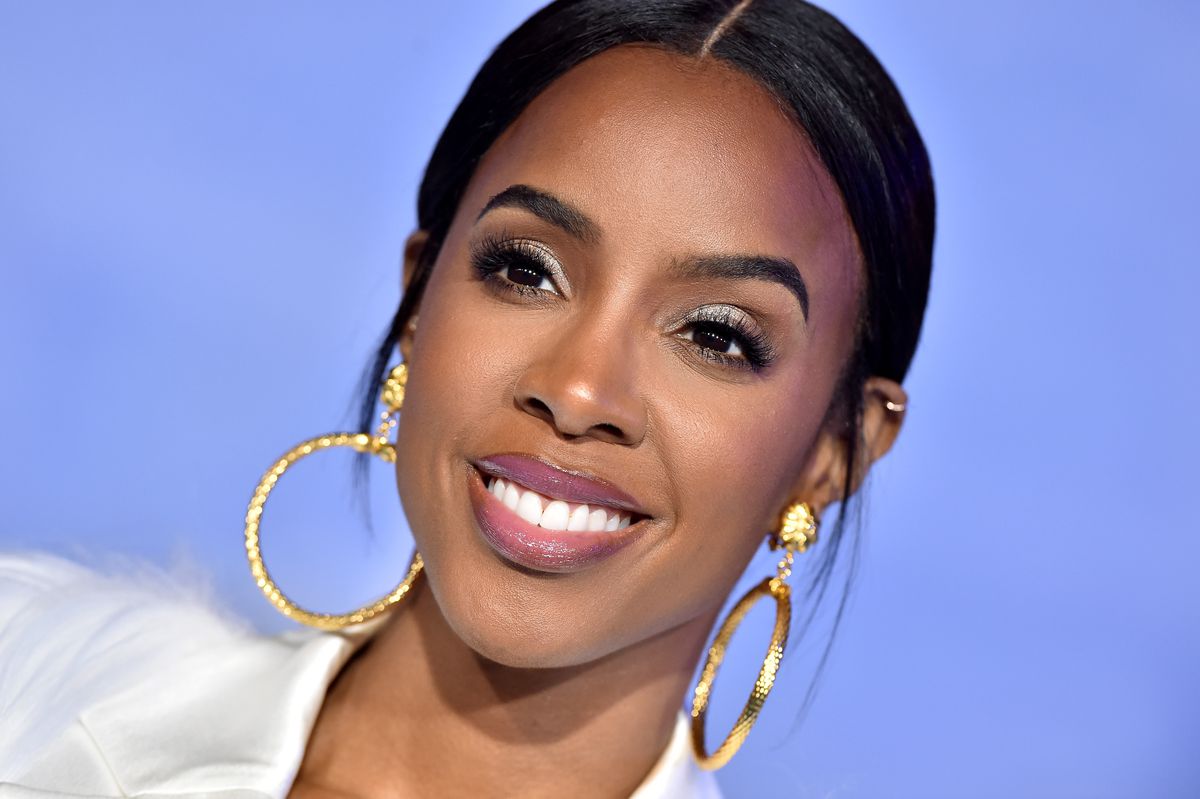 Kelly Rowland and Tim Weatherspoon are now parents of two and were super excited to share the news with the fans! Kelly gave birth to the new bundle of joy on January 21 and just announced it, introducing the newborn to the world!
The former Destiny’s Child star also revealed the name of their new son as well – Noah Jon Weatherspoon.
The happy couple tied the knot in 2014 and they already had another son together – Titan Jewell Weatherspoon, who is now 6 years old and it looks like he is super excited to be a big brother.
The official announcement posted yesterday by the new mom of two features a super cute first pic of their older son looking down at his baby brother, smiling.
The new addition to the family can be seen laying down while in a brown onesie.
In the caption, Kelly wrote: ‘On the 21st day, of the 21st year, of the 21st Century, Noah Jon Weatherspoon Greeted us! We’re truly grateful❤️❤️❤️❤️ 1•21•21 8:13 pm 7lbs. 8oz 19in.’

Kelly’s followers were quick to share their sweet words in the comments as soon as the post went live.
Here are some of them: ‘Congratulations.’ / ‘Welcome to the world baby Noah.’ / ‘Ooooohhhh I am so so happy for you girl 🙌🏽🙌🏽🙌🏽🙌🏽 😘😘😘.’ / ‘Happy Birthday.’
The former Destiny’s Child singer told her fans about this second pregnancy back in October when she appeared on the cover of Women’s Health, her baby bump on display.
‘We had been talking about it loosely, and then COVID happened, and we were just like….let’s see what happens,’ Kelly shared via the publicaiton back then, adding that they got pregnant ‘right away.’
She also confessed that she hesitated to share the exciting news in such a massive way but she ended up reaching the conclusion that amid a world pandemic, people would use being reminded that ‘life is important.’
Advertisement

Tory Lanez Wants To Know This About Rap

DaBaby Addresses The Outrageous Anti-LGBTQ Comments He Made On Stage This Past Weekend!

Lil Scrappy Drops A Message About After Parties And Groupies Amidst T.I. Drama
50 Cent Trolls Wendy Williams After She Claims She And Method Man Fooled Around In The 90s
Comment