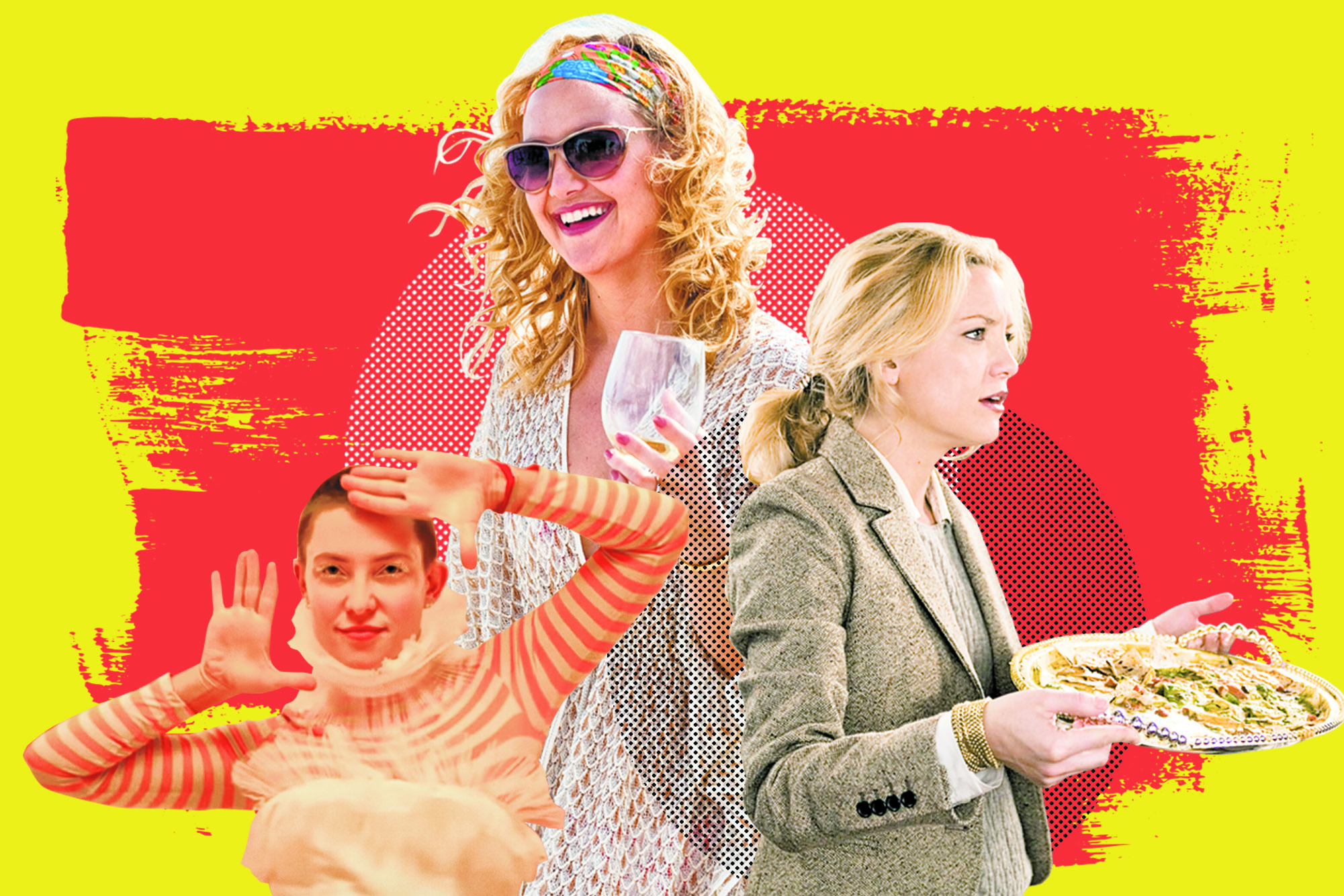 Even viewers who think film critics are pretentious jerks who swill brandy while quoting Brecht have been left aghast by the film’s tone-deaf depiction of an autistic girl who fantasizes that her life is a color-saturated music video. “Music” currently holds an 11% score on Rotten Tomatoes — lower than “Cats.”

Fantastic. Soon this disaster will be resigned to a Wikipedia footnote and we’ll never have to hear about it again, right? Wrong! On Sunday, its star, Kate Hudson, is somehow nominated for the Golden Globe award for best actress in a comedy or musical for playing the girl’s drug-dealing sister with a buzz cut.

Yes, Hudson, who makes good movies about as often as pizzerias serve spicy tuna rolls, is in the running for a statue.

It’s outrageous. Forget your fond memories of “How To Lose a Guy in 10 Days” or her fun fling with Nick Jonas — the vast majority of the actress’s career since her breakthrough in 2000’s “Almost Famous” has been a parade of dumb schlock, including this. Of the 26 films she’s made since 2000, all but five are “rotten,” and one of the few bright spots is “Kung Fu Panda 3.”

What the hell happened?

She started out with a big advantage. Hudson, 41, is the daughter of Hollywood royalty Goldie Hawn, 75, whose own timeless beauty is clearly visible in Hudson’s Malibu good looks. But the family resemblance ends there. Blond hair and blue eyes may be genetic, but personality and taste take initiative.

Hawn has been chided over the years for her own campy escapades, such as “The Out-of-Towners” remake or “Death Becomes Her,” in which she played a glamorous corpse. But she would wisely cleanse the palate with a “Private Benjamin” or a “Seems Like Old Times.” And, even so, her lesser efforts are masterpieces compared to her daughter’s many duds.

After Hudson’s breakout turn as a groupie in “Almost Famous,” she attempted to attach herself to a project with some potential, celebrated director Robert Altman’s “Dr. T and the Women,” in which she starred alongside Richard Gere, Farrah Fawcett, Laura Dern and Helen Hunt. Despite its classy cast (well, except Tara Reid), the romantic comedy made a pittance at the box office and got mixed reviews. It also introduced Hudson to her preferred genre to mangle: the rom-com.

She has starred in many, many excruciating examples: “Bride Wars,” “Alex & Emma,” “You, Me and Dupree” and “Something Borrowed” to name a few. In another called “A Little Bit of Heaven,” she hands her boss a card that reads, “Roses are red, violets are blue. I’ve got ass cancer, now you know, too.” Is her agent illiterate?

A promising sign that Hudson was starting to recognize her own performance limitations came when she slapped on the hat of a lifestyle guru, like Gwyneth Paltrow and Drew Barrymore before her. She co-founded an athleisure brand called Fabletics and has written two books including, “Pretty Happy: Healthy Ways To Love Your Body.” She’s even got her own craft booze called King St. Vodka.

Yes, Kate! A second act. I would gladly trust her with stylish sweatpants and a cold martini.

Alas, the schmactress is currently signed onto to yet another new film called “Shriver,” a comedy co-starring Michael Shannon (a very good actor) that satirizes a liberal arts college. So there will be more Kate to come.

After the backlash against “Music,” Hudson went on “Jimmy Kimmel Live!,” defended the ridiculed movie, and told the late-night host that an “important dialogue” had begun about autism.

Prince Harry Says That The ‘Toxicity’ Of The British Media Is The Main Reason He And Meghan Markle Had To Leave The Royal Family
Paris Hilton Goes To Washington D.C. And Netflix As She Lands New Show
Comment