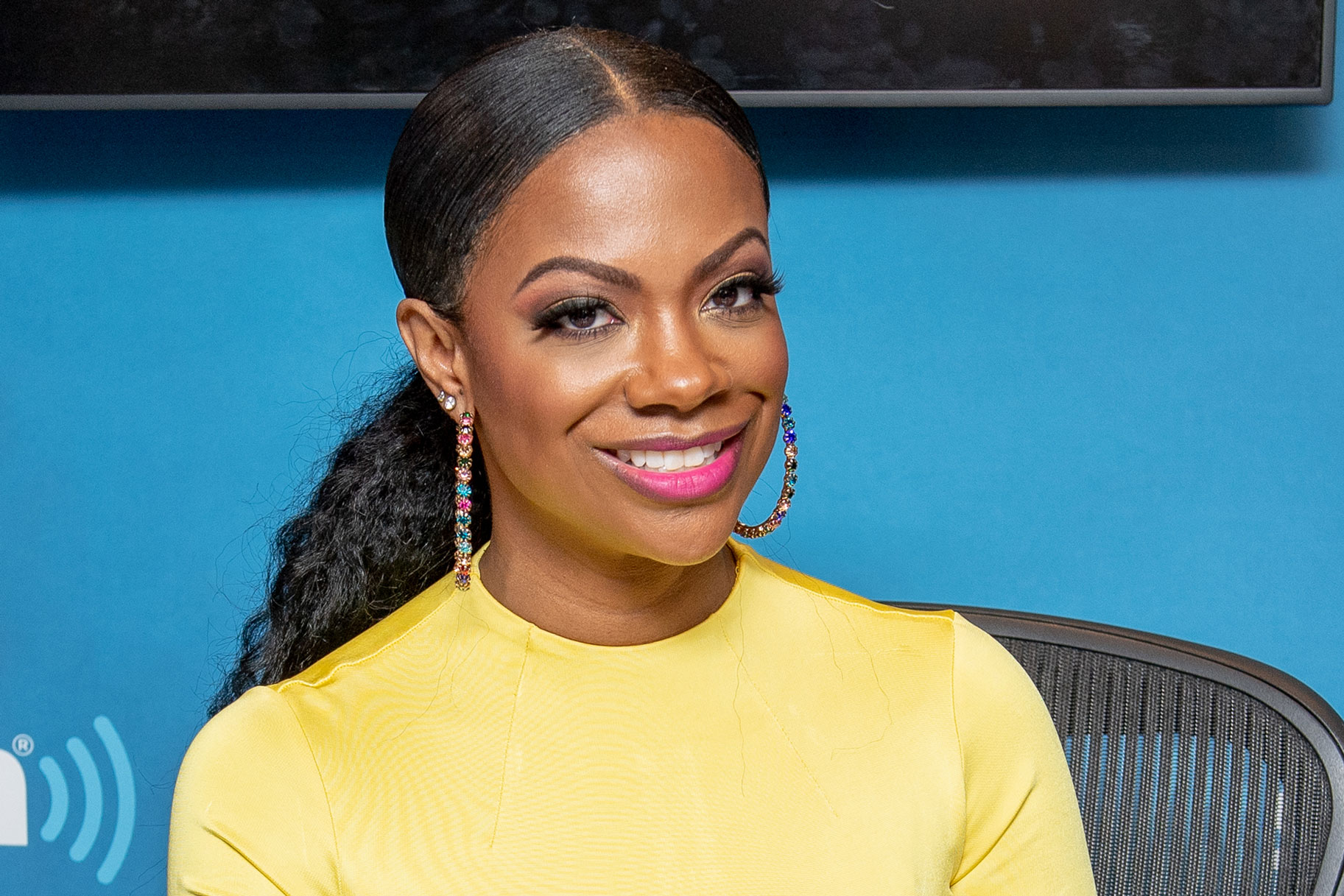 Kandi Burruss announced her fans that she uploaded a new episode of Speak on It on YouTube. Check it out below.
‘Part one of #SpeakOnIt is live on my Youtube page! Check it out now. 🗣’ Kandi announced her fans.
A follower posted this: ‘Open a strip club called “Kandi Land” you gonna make millions and. Can sell your bedroom kandi downstairs in the dungeon.’

A commenter said: ‘Why didn’t you call Kenya out for violating the house code of respecting people’s privacy? If you did, we didn’t see it,’ and someone else posted this: ‘Y so hard on Kenya if we saw what she narrated and Marlo co-sign on the noise coming from the room.’
Someone else said: ‘This episode is why Kenya ain’t got no friends! Hopefully, it don’t take Kandi too much longer to realize,’ and someone else said: ‘Kenya should be sued. She doesn’t have proof, but that allegation could ruin a relationship or marriage. She talks too much.’
She posted the second part and said: ‘Part 2 of #SpeakOnIt is up now! Check it out on KandiOnline!’
A follower commented: ‘I just love Kandi’s heart. She is my spirit animal fr! Love you Kandi!❤️ Don Juan’s reactions were my own regarding this “mystery”. I Just love the whole team and their grind. Great job yall! ❤️’

Someone else said: ‘I think that that extra behind the scenes footage was unnecessary, it looked like a fun night why did they have to go there and point fingers 😕’
A fan said: ‘I don’t understand why people are so pressed and judgmental about what happened. Who cares about who’s getting off?! That’s those people and their prerogative. Make it make sense 🤔.’
Advertisement

In other news, Kandi Burruss shared a jaw-dropping look on her IG account that has fans in awe. Check her out in this yellow set that has fans drooling in the comments.

T.I. Makes Fans Upset With This Outrageous Video – Check It Out Here: ‘This Is An Atrocity’

Prince Philip Health Update – He’s Being Treated For An Infection And Will Remain In The Hospital In The Following Days!
Tamar Braxton Promises Fans New Life Lessons – Check Out Her Latest Post
Comment