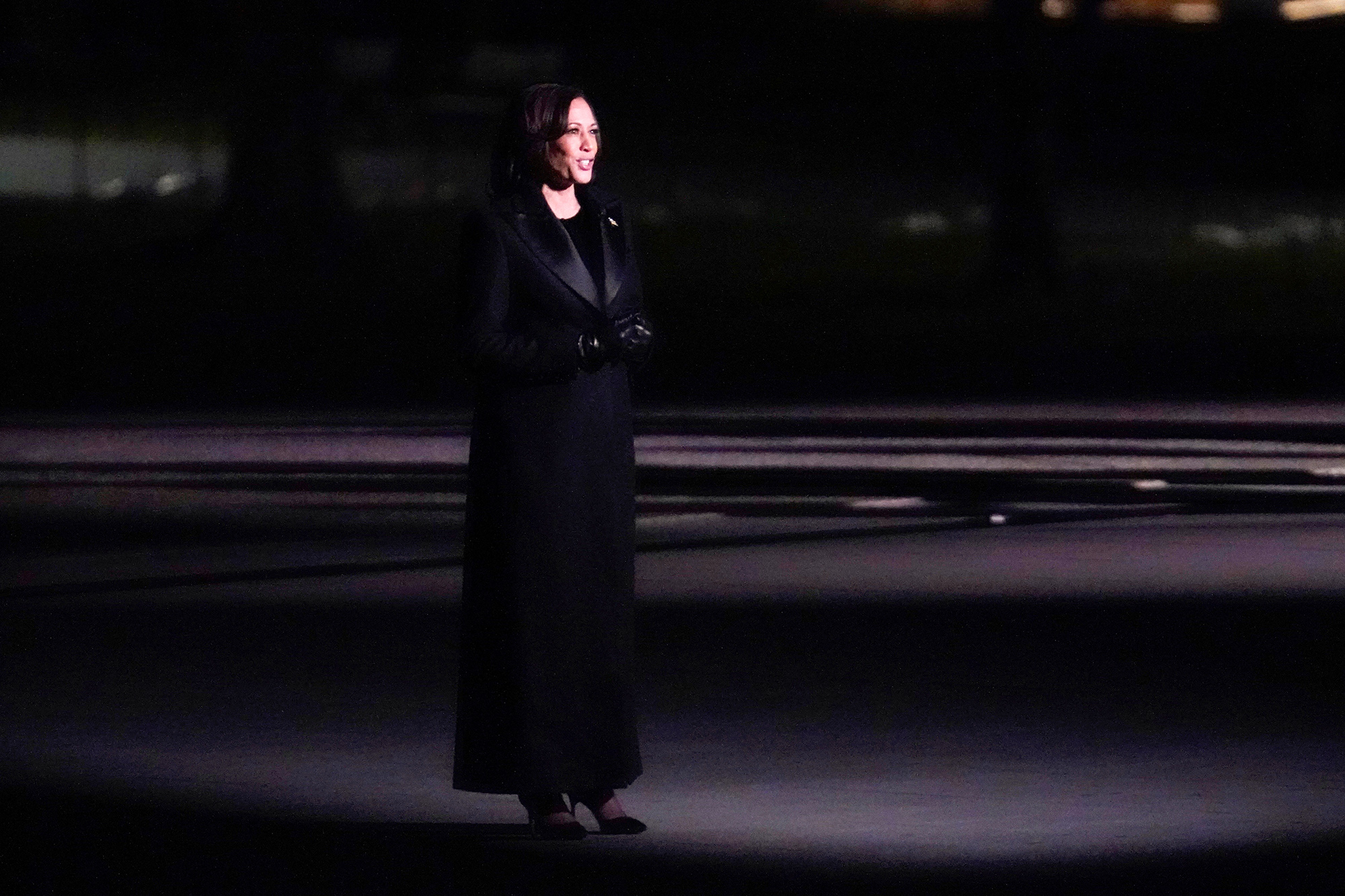 First day on the job calls for two outfits.

“We want to be uplifted right now,” the 36-year-old designer, who is based in Los Angeles, told Harper’s. “So I said, what if we make her something sparkly?”

While the concert stream only showed her from the waist up, the silk tuxedo overcoat was floor-length and the dress — “a pencil dress, long sleeves, with a strong shoulder,” according to Hudson — reflected her style.

“We kept the silhouette very structured and tailored, because that’s who the Vice President is,” the designer, who is black, added. “But the liquid sequins give her glamour and shine, because her influence and the way she’s broken barriers is a light for so many of us. She shines so we can all shine.”

Harris also shined during her speech.

“It is my honor to be here to stand on the shoulders of those who came before to speak to you tonight as your Vice President,” she said. “Even in dark times we not only dream, we do. We not only see who has been, we see what can be. We shoot for the moon and then we plant our flag on it. We are bold, fearless and ambitious.”

“We are undaunted in our belief that we shall overcome that we will rise up,” she added. “This is American aspiration.”

“Thanks for all the love guys I promise I will post later I’m dog tired right now,” Hudson tweeted.

Thanks for all the love guys I promise I will post later I’m dog tired right now😘— sergio hudson (@sergiotheexpert) January 21, 2021