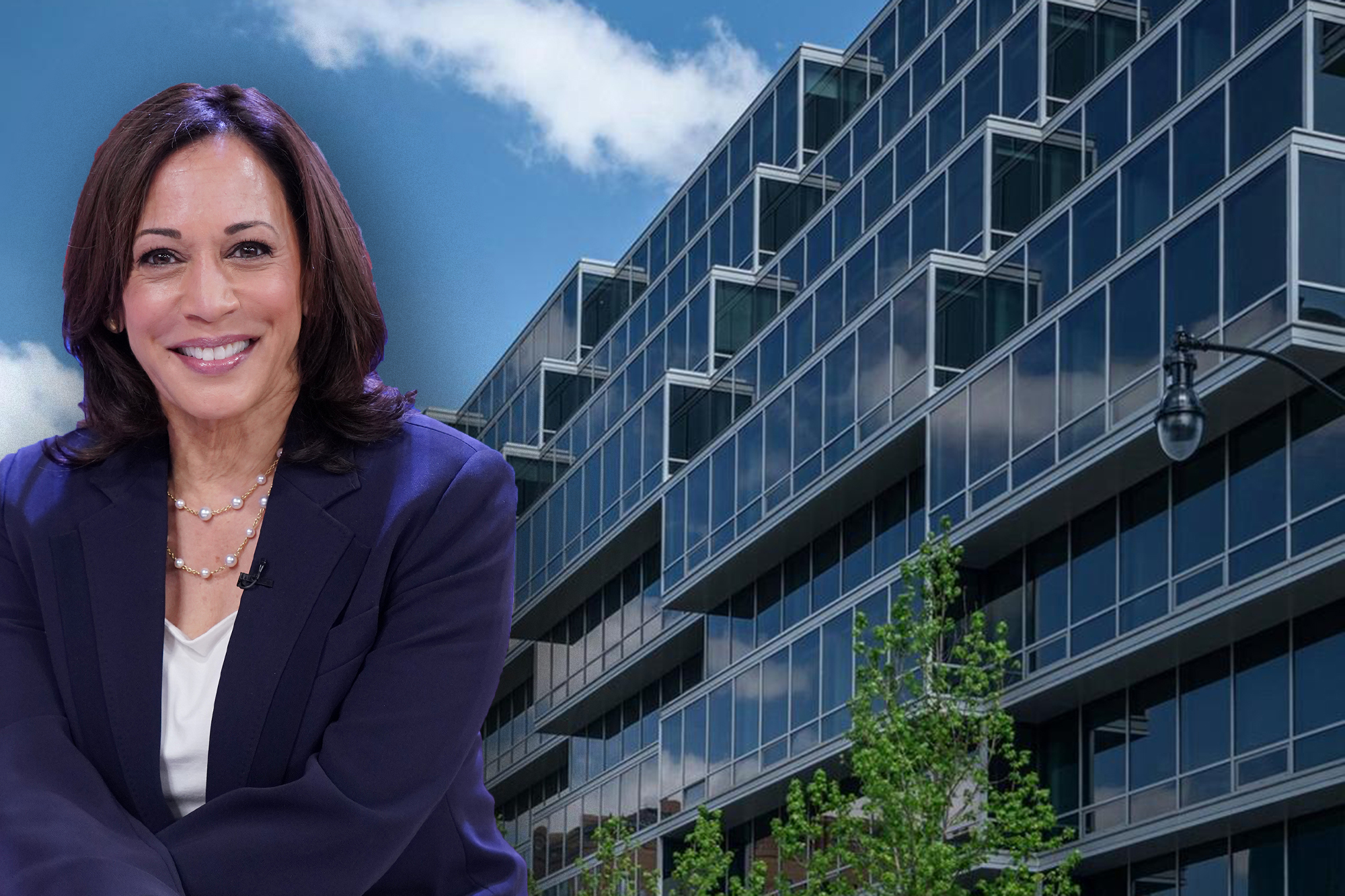 The newly sworn-in vice president — who has been living in the renowned Blair House next door to the White House, but is moving to her official residence at the Number One Observatory Circle Tuesday — has listed her two-bedroom luxury high-rise residence for $1.995 million.

Harris, 56, first purchased a unit in the Westlight building back in 2017, when she first served as a United States senator from California, according to the Wall Street Journal.

This would mark the second property she has sold since becoming veep.

The first was her longtime San Francisco condo, which she sold at a hefty profit last month. The first-floor residence boasts natural oak hardwood floors and spa-inspired bathrooms with teak shower floors, according to the listing.

Lounge space on the roof deck of the building. realtor.com

Amenities of the building include an expansive rooftop grilling terrace, a private club room with a catering kitchen, a fitness center and DC’s only 25-meter heated rooftop pool.

All of the furniture and belongings have been removed from the home. This is a den area with floor-to-ceiling windows overlooking the building’s courtyard. realtor.com

Harris, along with her husband, Doug Emhoff, were set to reside at Number One Observatory Circle, which is the usual residence for the current vice president, but renovations kept them from moving in immediately. Harris was reportedly “bothered” by the situation, with an administration official telling CNN it was “unclear” why the renovations were taking longer than expected.

However, her moving day has arrived as reports emerged Tuesday that she and Emhoff are relocating to the official vice president residence.

The kitchen with an open floor plan. realtor.com

Keke Palmer Says She Was ‘Misunderstood’ As A Child Actress – Here’s Why!
Hunter Biden Opens Up About His Controversial Romance With Late Brother Beau’s Wife In His Memoir
Comment