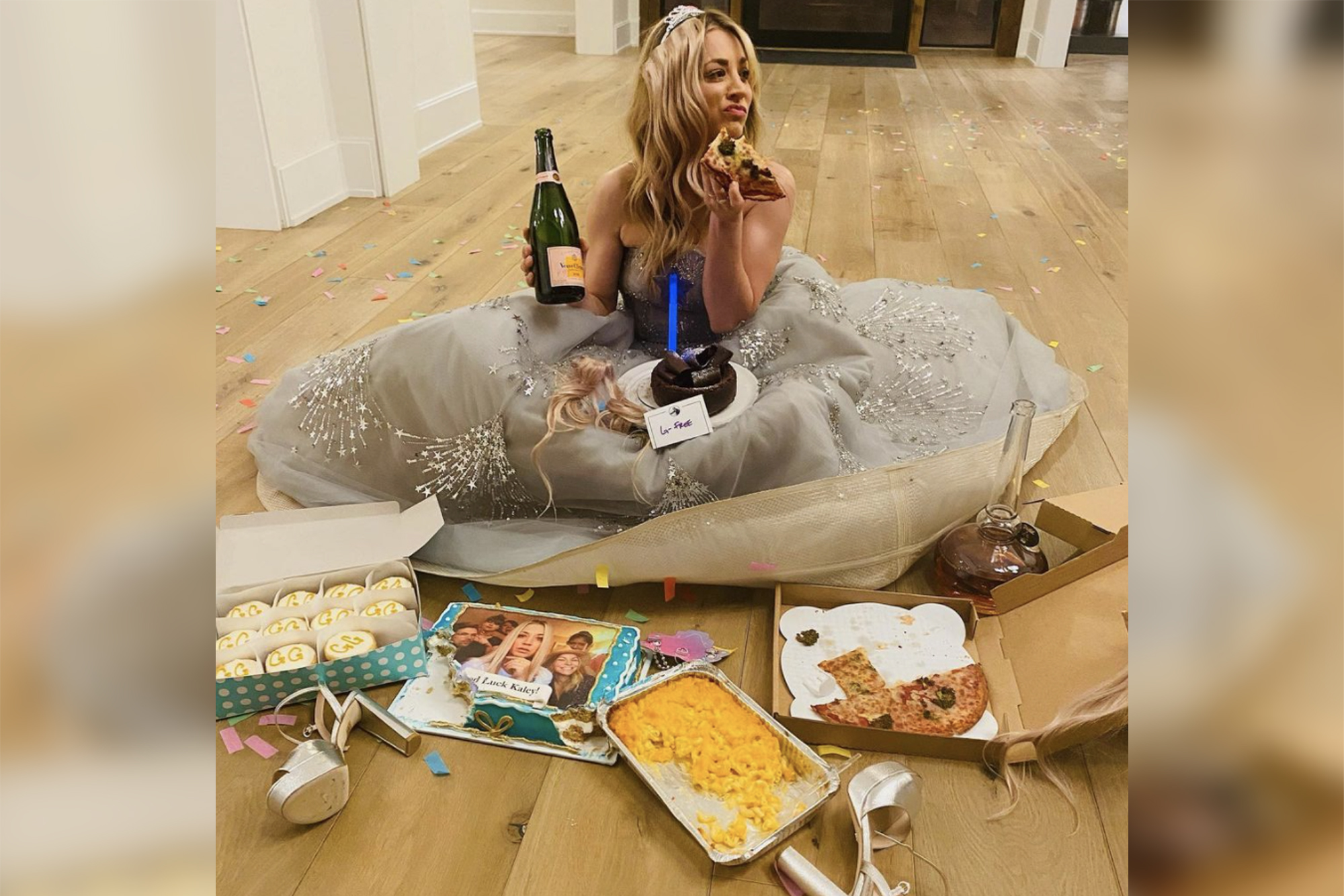 There’s nothing a little pizza and cake can’t fix.

Kaley Cuoco joked Sunday about her Golden Globes 2021 loss, drowning her “sorrows” in pizza and sweets.

In the photo, Cuoco — who was nominated for Best Actress in a TV series, Musical or Comedy, for HBO Max’s “The Flight Attendant” — is seen on the floor in her Oscar de la Renta gown with a piece of chocolate cake in her lap while holding what appears to be a bottle of champagne.

Earlier in the day Sunday, it was reported that Cuoco “cried” when she tried on her light gray, star-embellished Oscar de la Renta gown.

“[Stylist] Brad [Goreski] told me she cried when she put it on,” Zanna Roberts Rassi said on “Live from E!: Golden Globes.”