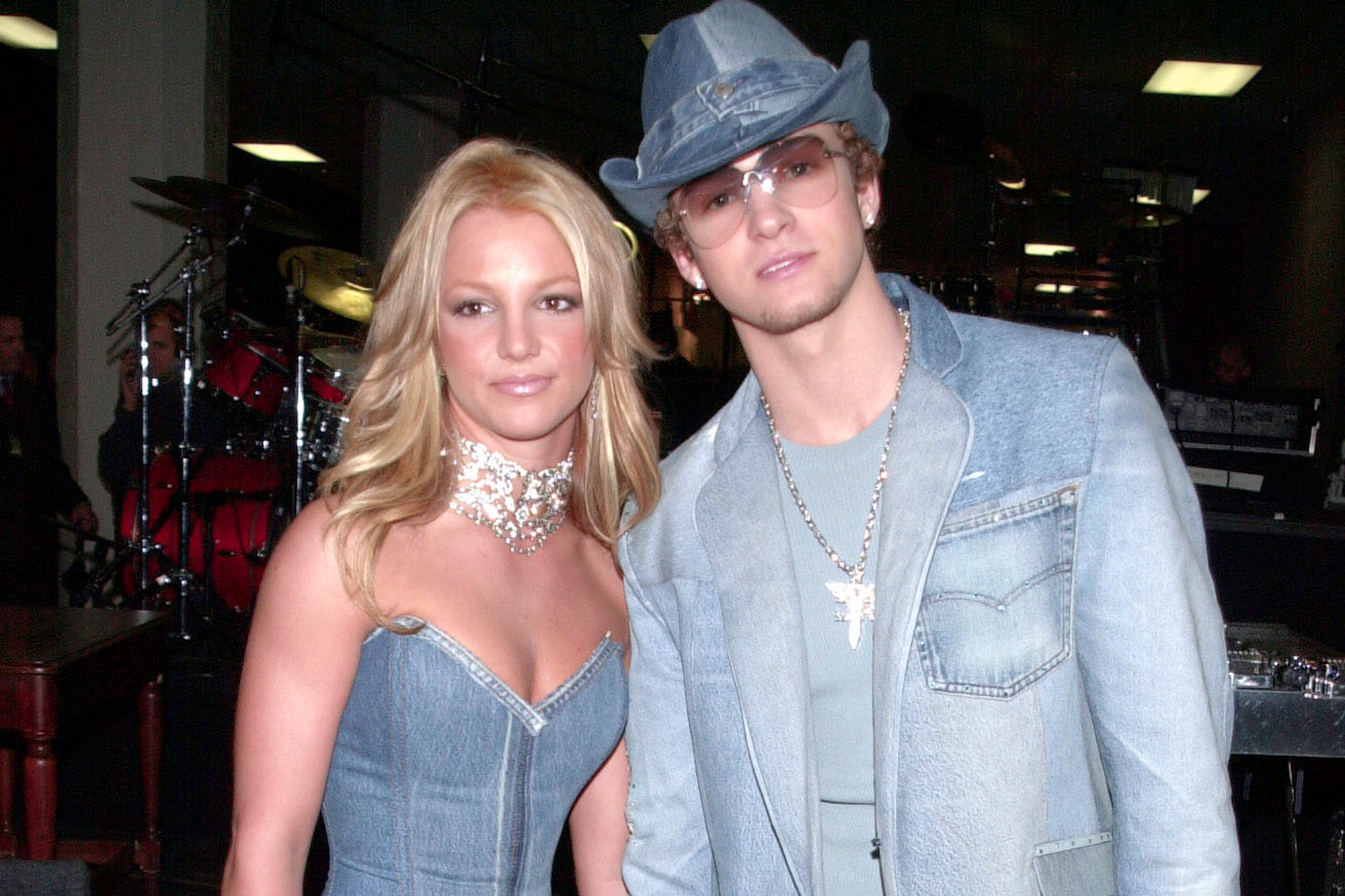 Justin Timberlake is ready to forget about one of his most iconic fashion looks.

The singer, 40, opened up about some of his past red carpet outfits, including his infamous all-denim matching moment with then-girlfriend Britney Spears at the 2001 American Music Awards.

Though the “Palmer” star said last year that he doesn’t regret the look — “You can kind of rock that one today,” he told former NSYNC bandmate Lance Bass at the time — it seems Timberlake has since had a change of heart.

“I confess that there was maybe a period in the ’90s where I could skip over some of the outfits that were public, but the internet will never,” he said during a songwriters roundtable for The Hollywood Reporter, before John Legend jumped in.

“Thanks, John,” Timberlake replied. “Uh, no, the internet won’t allow me to forget them. So it’s all good.”

Like it or not, the head-to-toe indigo looks are an important part of pop culture.

Not only have celebrities like Katy Perry and Riff Raff dressed up as the denim-clad former couple for red carpets and Halloween, but someone bought Spears’ gown in an auction for $7,199 in 2016.

As for the stylistic decision behind the now decades-old look? “You do a lot of things when you’re young and in love,” Timberlake previously quipped.