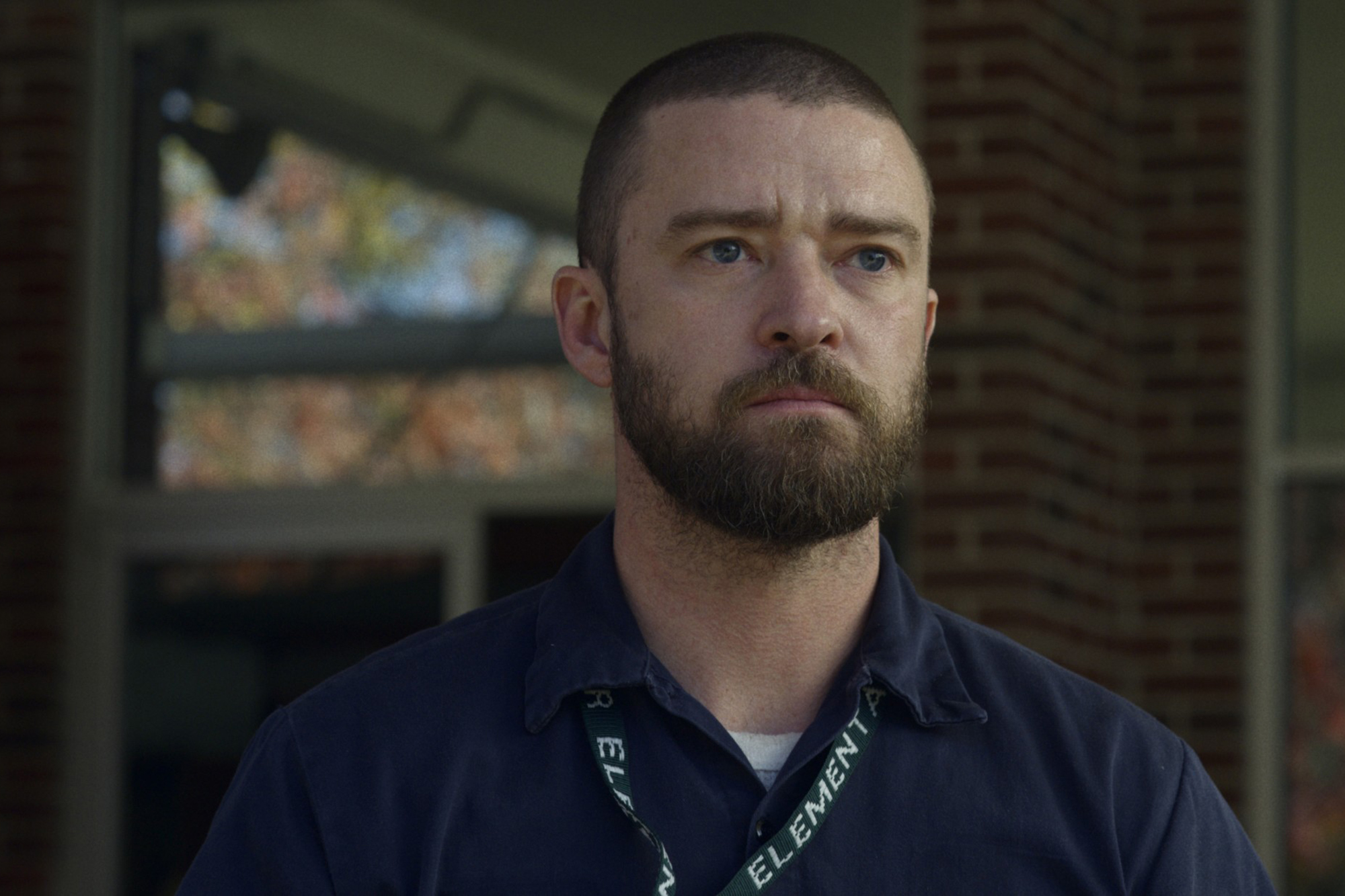 We’ve got committed performances from the actor and the wonderful June Squibb, but a script written in crayon. They play embraceable characters with messy lives, but have been directed by a hacksaw. The gooey drama made me roll my eyes when it should’ve been tearin’ up my heart.

Eddie (Timberlake), who goes by Palmer, has just been released from prison for a crime that’s initially not revealed, and moves in with his grandma Vivian (Squibb) back home. Upon arrival, though, he’s confused to discover a meek little boy, whom he’s never seen before, in the living room. Sam’s (Ryder Allen) mom is a drug addict, so Vivian has generously taken him in.

In “Palmer,” Justin Timberlake plays the titular character who has just been released from prison and moves in with his grandma.©Apple TV/Courtesy Everett

Sam also enjoys donning the occasional princess dress, which doesn’t play well with the flannel-lovin’ dads of the rural South. He’s bullied and alienated at school and mocked by uncaring adults. Palmer, who at first resents this chatty new presence, becomes his de facto pop, beating up bullies and encouraging him to be himself.

The reinvigorated Palmer takes up a job as the school janitor and begins dating Sam’s teacher. He’s getting back on his feet, he’s happy, he’s motivated — it’s insufferable!

For a film with the nuance of a nuke, Palmer’s by-the-numbers journey nods along like elevator music. Sam gets picked on, Palmer defends him and then they do it all over again. There are no surprises, and nobody is layered. Timberlake’s character arc is obvious, so he’s reduced to facilitating unearned audience “awww!”s every time he performs a slightly kind gesture. He gives it his all, despite insurmountable limitations.

What the heck is going on with Timberlake, anyway?

He’s a decent actor, who for a while looked poised to switch to moviemaking full-time. He starred in acclaimed, appealing films by David Fincher and the Coen brothers and his rom-coms such as “Friends With Benefits” weren’t half bad either. Lately, however, it’s as though he’s scrounging for scripts in Beverly Hills dumpsters. His last movie in which he didn’t voice a troll was Woody Allen’s 2017 megaflop “Wonder Wheel” — meaning it took him three years to show up in this slop.