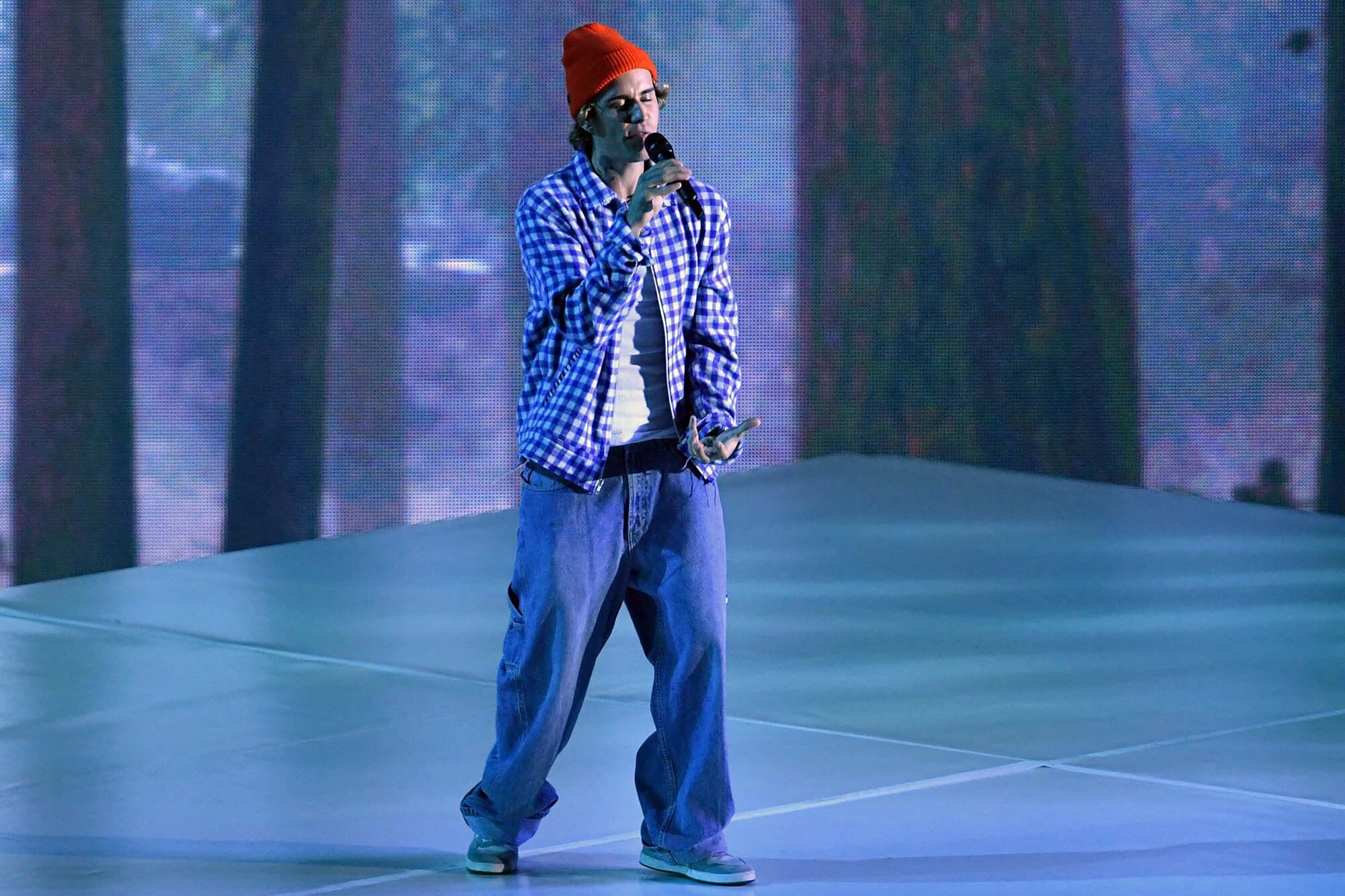 The “Heartbreaker” singer has chosen the short video platform to perform his 2013 album “Journals” at 9 p.m. EST on Sunday, Feb. 14.

“I’m excited to bring this show to life. ‘Journals’ is one of my favorite projects and I’ve never performed it live,” Bieber, 26, said of the album, which was released for digital download, Variety reported. “I’m grateful to TikTok for helping me to bring this show to everyone on Valentine’s Day,”

The Canadian pop star teased his upcoming V-Day show on Twitter Wednesday, posting a clip of him performing and a link to his TikTok account. The show will re-air on Monday, Feb. 15, at 2 p.m. EST. The tweet racked up over 31,000 likes and topped 305,000 views in just four hours.

The singer has recently made headlines for releasing two videos for his song “Anyone.”

In one, Bieber plays a tattooless, old-timey boxer who falls in love with a woman played by Zoey Deutch. In a second, released late last month, Bieber puts the spotlight on his wife, Hailey Baldwin Bieber, in a PDA-filled glimpse into their marriage.

“You are the only one I’ll ever love,” Bieber sings to his wife in the second video, dubbed the “On the Road” version. “If it’s not you, it’s not anyone.”

The lovebirds wed in 2018 and have since taken their displays of affection on the road, making out, posting adoring social-media tributes and gushing about their “crazy” sex. And it’s not the first time he’s penned a musical love letter to his 24-year-old wife. His catchy hit “Yummy” sang of her “Yummy yum.” Meanwhile, his album “Changes” documented just about every detail of the romance.

Bieber was previously linked to Selena Gomez, who apparently sang about their relationship and breakup on her 2020 LP “Rave.”

Bieber boasts more than 19 million followers on TikTok and 60.8 million on YouTube, making him the world’s most-subscribed musical artist.